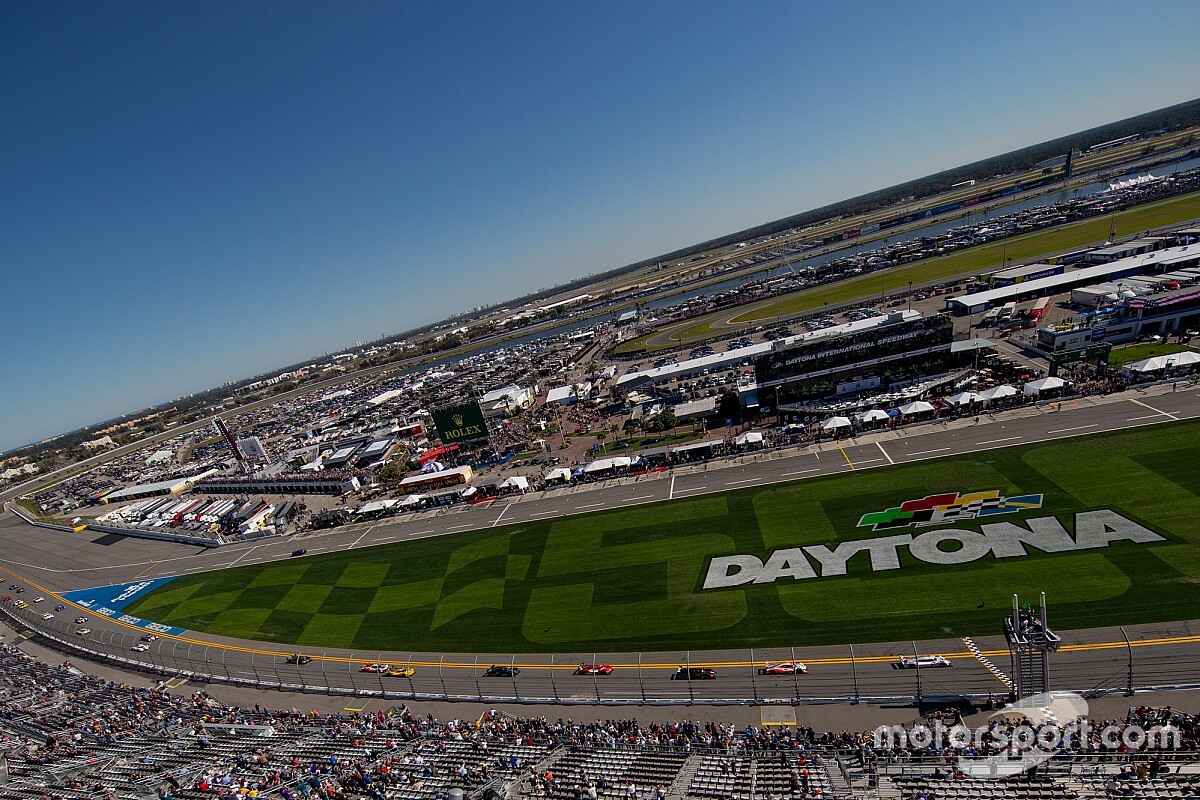 The IMSA WeatherTech SportsCar Championship will resume with two behind-closed-door races at Daytona and Sebring in July.

IMSA will operate the pair of spectator-free races on July 4 and July 18 respectively using the same protocols in place for the events run by NASCAR at Darlington this weekend and Charlotte next week.

What is being billed as IMSA's 'Back to Racing Plan' means that the Watkins Glen 6 Hours scheduled for June 28 has been pushed back and will now take place on October 4.

In a virtual address to teams on Friday, IMSA boss John Doonan made the announcement on the resumption of the series that has so far run only its opening round, the Rolex 24 at Daytona in January.

"We are very fortunate to be able to open our 'Back to Racing Plan' at two facilities that are in the IMSA property's family," he said.

"This will allow us to follow the event protocols that we have developed with our colleagues at NASCAR at two facilities we are very familiar with."

Both the Daytona and Sebring races will be of the regular IMSA sprint duration of two hours and 40 minutes.

The round set for Canadian Tire Motorsport Park, formerly Mosport, is a casualty of the latest changes and has been cancelled.

The Lime Rock event, for the GT Le Mans and GT Daytona classes only, has been pushed back from mid-July to October 31.

The rest of the schedule is unchanged from previously-announced revisions, so the Daytona and Sebring July events will be followed by Road America and Virginia International Raceway in August and then Laguna Seca and Mid-Ohio in September.

The rescheduled Watkins Glen and Lime Rock events sandwich the Petit Le Mans 10-hour enduro at Road Atlanta in October, before the season concludes with the rescheduled Sebring 12 Hours in November.

Doonan did not reveal when he expected the fans to be able to return to events, but stressed that IMSA "recognized the substantial responsibility that comes with returning to competition.

"IMSA will return to a racing environment that will prioritize the safety of our competitors and those in the local communities in which we race," he said.  "The detail event and operations protocols developed with our colleagues at NASCAR are the foundation of the framework that IMSA will use.”

Doonan said that the plan to return to racing is focused on a two-day event model, without specifying how this might be modified for the endurance races.  This will result in cost savings for the teams, he explained, as well as reduced contact between personnel.

There will be strict limitations on team personnel: these have yet to be determined and are likely to be modified as the season progresses.

Doonan said that he expected shortly to have more details on how IMSA's international participants will be affected by any restrictions on travel to the USA.