Speaking ahead of next weekend’s Roar Before the 24 test, which precedes the season-opening Rolex 24 at Daytona, Taylor and his teammates admitted they’d missed the multi-marque opposition in the GTLM class which was phased out last year.

The Corvette C8.R will now run in a reduced specification, that equalizes its performance to its GT3 rivals and sports ABS brakes and the common GTD class tires.

“We’re looking forward to the competition,” said Taylor who will again partner Antonio Garcia in the #3 car for the full IMSA season, with Nicky Catsburg added for enduros. “The last couple of years, we were mainly racing our teammates. BMW and Porsche were there, but when you get down to racing just your teammate, those are the toughest guys to race. They have similar equipment and the same tools as you, plus they’re great drivers.

“I’m looking forward to having 13 cars to battle. I’ve missed battling on starts and restarts, the strategy wars… that’s my biggest thing. I missed the actual racing side of what we had in the past.

“The last couple of years, the field was getting smaller and smaller in GTLM. Now with IMSA moving to GTD Pro, we’re very excited. In moving to a new class, there is going to be a lot to learn for us with our car and converting it over to the spec. But if anyone is up to the task, it’s Corvette Racing.” 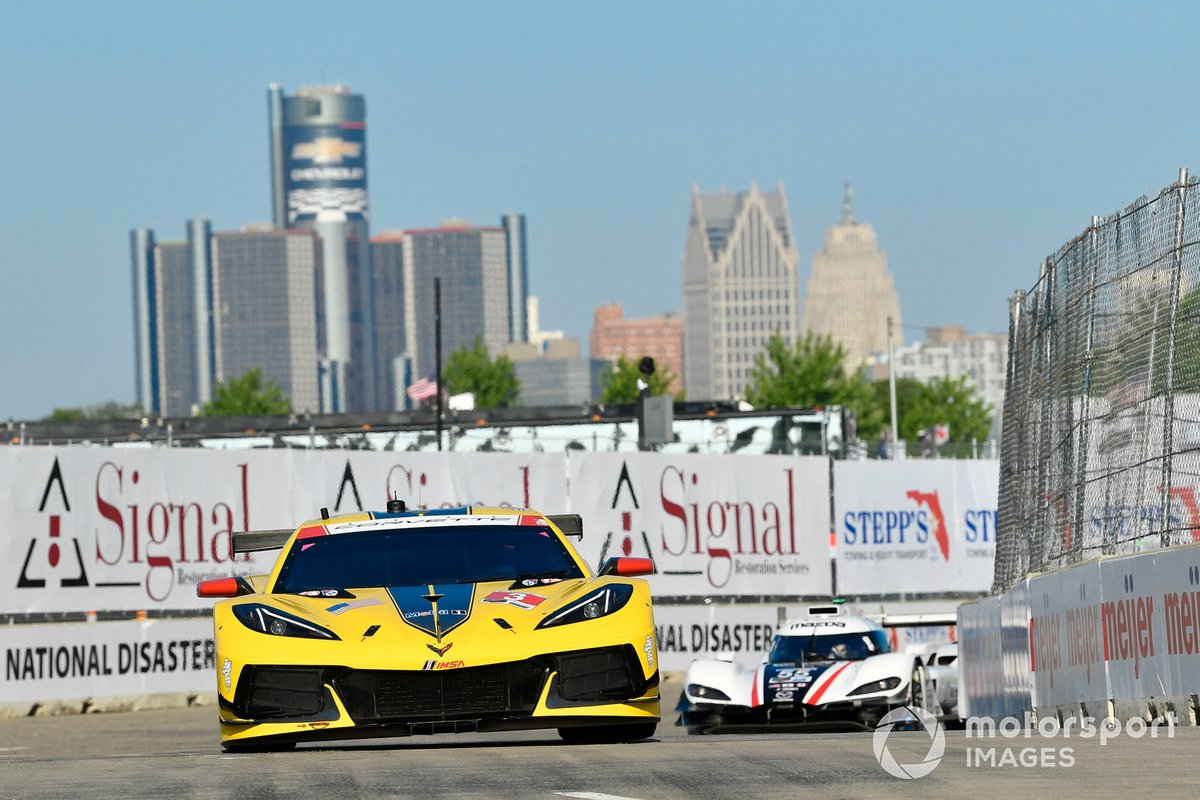 To prepare for this season, Corvette Racing ran its cars with the ABS system at Detroit, when its cars literally had no competition so were ineligible for points, and since then further development work on the system has been undertaken.

“We did a couple of days testing last year after Petit Le Mans with the car to get a better understanding of the tire, ABS and what we have to run this year,” added Taylor. “We’re also spending lots of time in the simulator as well.

“There are a lot of little details that IMSA is making us do to get the C8.R closer. The car wasn’t designed for the class so they’re trying to make it as even as possible.

“The biggest aspect is understanding the way the tire works. The team has spent so many years with Michelin to develop the confidential tire to work properly for our car. Now we’re moving to a tire that will work for a front-engine, mid-engine and rear-engine car.

“Understanding how that works and maximizing it for not just one lap but over a stint will be a huge thing to learn. ABS is another thing to understand, the brake wear with that system.”

When asked about the team’s prospect for the Rolex 24 on January 29/30, Taylor replied: “Thirteen cars in the class… every one of those cars I’ve seen so far can win the race. It definitely will be a big battle.

“At the end of the day it’s still a 24-hour race. I’m sure with a lot of those drivers and teams, they’re going to want to lead a lot and throughout the night. We just need to rely on our history and experience and knowing that we need to be there at the end, just like last year.

“The fight comes down to the last couple of hours. We need to get through the night with a strong, safe car and go for the win at the end.”