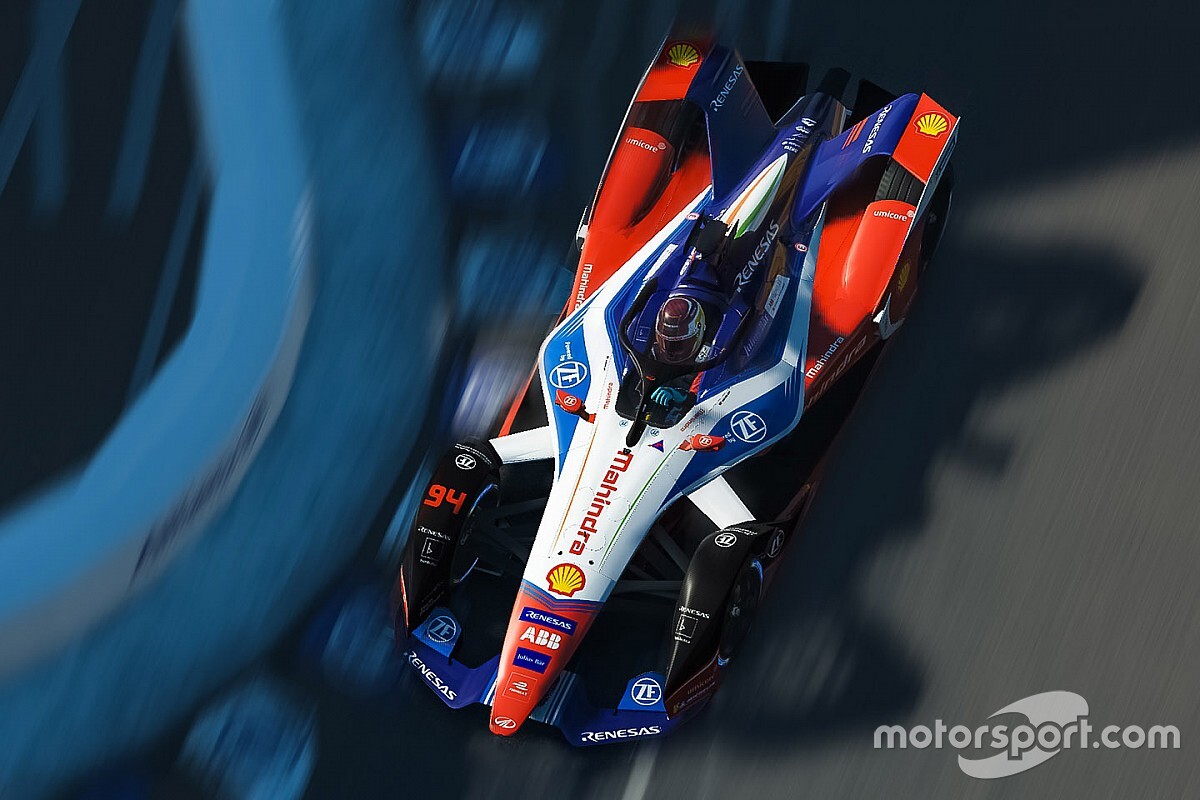 Pascal Wehrlein says he has “no issues at all” with losing the Formula E Race at Home Challenge Esports title after a first-lap collision with championship rival Stoffel Vandoorne.

The Mahindra driver held a 14-point lead entering the Berlin finale of the series, which ran in partnership Motorsport Games to support the UNICEF coronavirus relief fund.

Wehrlein beat Vandoorne to second in qualifying by 0.003s - as eventual race winner Oliver Rowland claimed pole -  but the pair were hit by Edoardo Mortara and then Sebastien Buemi at Turn 3, which spun Wehrlein down to 21st.

He recovered to ninth before a 10-second penalty for contact relegated him to an eventual 12th.

“It’s a game, so no issue at all [with not winning]”, said Wehrlein. “I just got hit from behind and I spun, so [there was] nothing I could do.

“I did everything from my side to qualify ahead and also the start was good. We had a good fight in the first and second corner but unfortunately I got hit.

“For me the race was pretty much over.”

Vandoorne also twice crashed out of the lead - in Hong Kong and at the fictional Electric Docks circuit - but never finished outside of the top five. Wehrlein, meanwhile, scored a podium in six of the eight races.

Vandoorne lamented the lack of a title-deciding on-track battle with Wehrlein, and reckoned he should have scored more wins.

He said: “I am really happy to win this championship.

“I had a really good start, got alongside Pascal on the outside and then into Turn 2 I got bumped from behind, which then sent Pascal into a spin.

“Maybe it would have been nice to have a proper fight on track, but I’ve been unlucky as well in a couple of races so I think it’s a well-deserved championship for us.

“Perhaps we should have taken a few more victories, but it was our consistency that counted in the end.”

Vandoorne added that, although the pressure of virtual racing was significantly reduced, he hoped he could carry his Esports success into the rest of the real-world 2019-20 FE season.

“Behind the computer it feels a bit more relaxed, you can’t forget that we’re doing this from home as well,” he said.

“But, still, when all the racing drivers are going up against each other there is some pressure involved.

“I managed to keep it cool, not really make any huge mistakes and that’s been the key to perform at this level consistently.

“It’s been a good championship, it’s been a lot of fun, but now I’m really looking forward to real life.

“I hope we can restart the real season soon and convert these performances into reality.”