A Brazilian Formula 4 driver has won McLaren's latest Esports competition after one-off shootout race held at the team's Formula 1 base.

By:
James Roberts
Listen to this article

Following his victory, Fraga said his switch to Esports was a way of furthering his motor racing career, which had stalled through a lack of money.

"I hope to continue racing this year, but it's difficult for me to get onto the track - it's a very expensive sport and I come from a humble family," Fraga told Motorsport.com.

"This was one of the reasons why I entered the McLaren Shadow Project competition.

"The Esports scene has grown a lot in recent years - it's much more accessible for people to play and it's getting closer to the real thing. I thought it might give me a new opportunity."

Fraga beat six other finalists over a week of trials, which included physical and psychological tests, cognitive work, simulator time at McLaren's Woking HQ and a track day in a McLaren 570 GT4 at Dunsfold.

After a night of five online virtual races on Wednesday, seven gamers were whittled down to three for a final held at the McLaren Technology Centre on Thursday in front of a live audience and broadcast on the team's YouTube channel.

Racing 720S GT3s, Fraga led the virtual race at Sebring from the start and beat Nuno Pinto and Miguel Ballester for the title of McLaren Shadow Project champion.

His prize will be to spend time in the F1's team simulator and work with its current roster of Esports drivers.

In total, over 525,000 participants entered Shadow Project this year, a rise of nearly half a million from the previous World's Fastest Gamer contest.

Over 500,000 entered via the mobile game Gear Club 3, but other online entrants came from iRacing, Project Cars 2, rFactor 2 and Forza Motorsport 7.

"The huge increase in participants globally has been achieved by working directly with the developers of the games," Ben Payne, McLaren's head of Esports, told Motorsport.com.

"Real Racing 3 has 400 million downloads around the world, so anyone can log in and attempt to qualify for Shadow Project. We plan to expand even further this season."

In 2018, Dutchman Rudy van Buren won World's Fastest Gamer and his success at the Race of Champions proved that racing games have directly transferable skills to the real world.

"This has been an important data-gathering exercise run in conjunction with McLaren Applied Technologies to determine whether these gamers have what it takes to transfer their skills to the simulator or the track," said Payne.

Fraga was the runner-up in the North American F4 series last year and also competed in the USF2000 single-seater series that supports IndyCar. 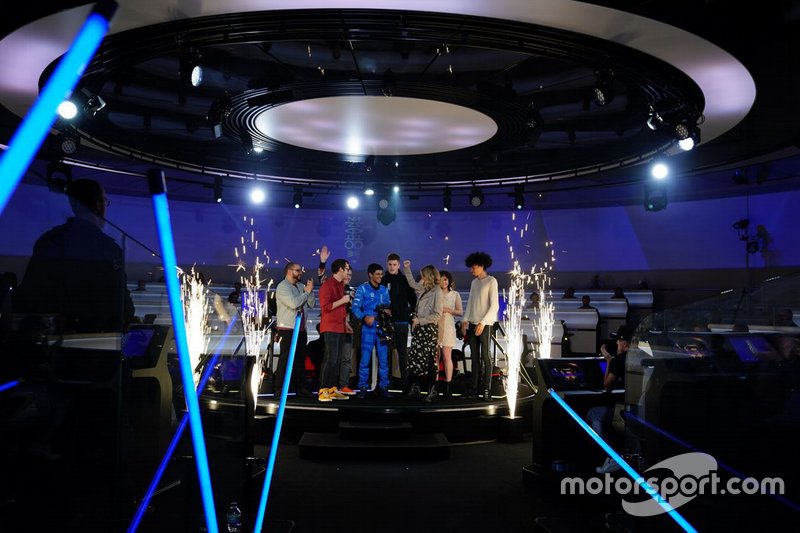 A rare insight into why Verstappen is so good