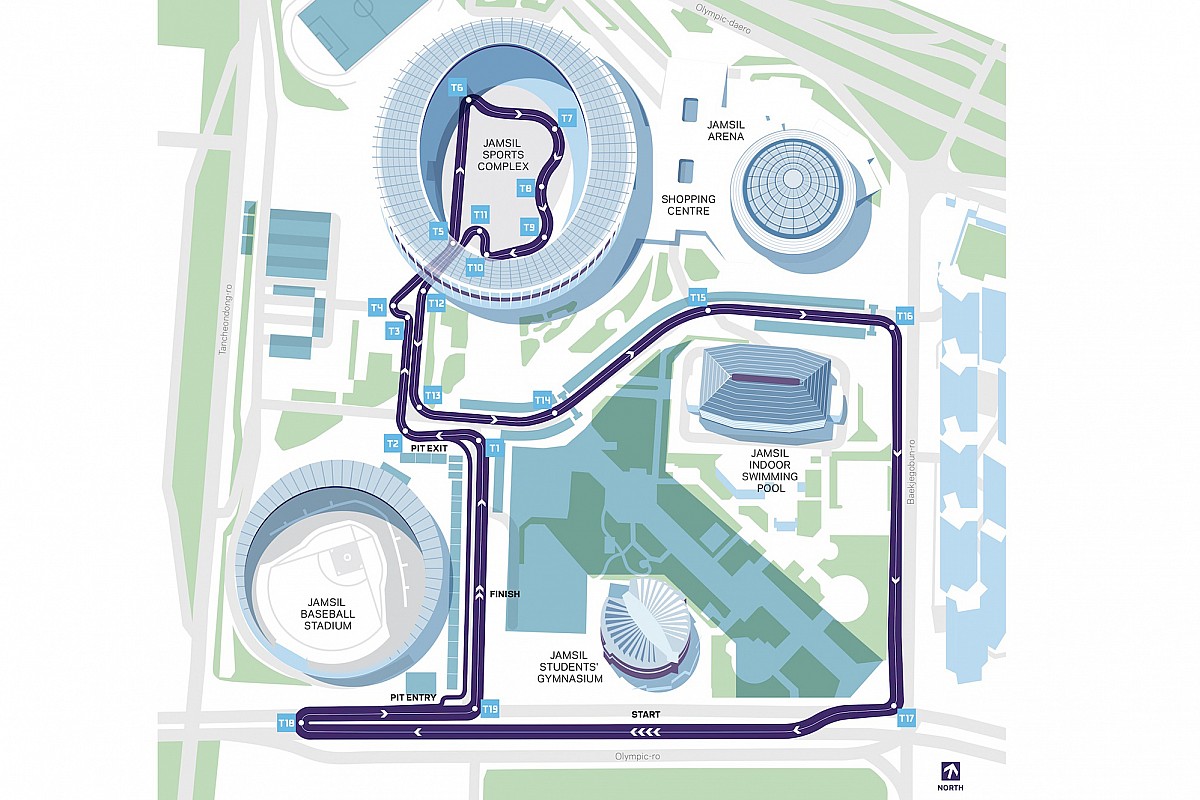 The new ABB FIA Formula E track in Seoul will be run over a 19-turn course around the city’s Jamsil Sports Complex, the venue of the 1988 Olympic Games.

The Seoul race is set to be one of two new FE locations in the upcoming 2019/20 season ahead of the double-header finale at London’s ExCeL.

The event in the South Korean capital will take place on May 3, 2020, between the races in Paris and Berlin.

The Seoul track will use the public and perimeter roads of the Jamsil Sports Complex and go in and back out of the Olympic Stadium, with seven corners – a mix of tight turns, a big braking point and flowing corners – housed inside the venue.

Motorsport.com understands that the track laid in the stadium will be put down in a similar temporary fashion to the way FE installs asphalt over the cobbles of the Parisian track, which can be removed after the event.

The Jamsil Sports Complex is situated just to the east of central Seoul, on the banks of the Han river.

“I’m so excited to be coming to Korea and the streets of Seoul for the first time with the ABB FIA Formula E Championship next season," said FE CEO and founder Alejandro Agag.

"Seoul is such a vibrant and versatile city with sporting heritage and experience in hosting international events.

"Formula E will be showcasing speed and performance at the former Olympic venue, using a unique track with a spectacular stadium section."

As the Seoul race will take place between the final two rounds of FE’s traditional European run in late spring, the championship is set to utilise promoter Racing Event Management and JSM Holdings to source the materials needed to build the track locally.

“In addition to aiming the Formula E event in Korea [at] introducing eco-friendly automotive technology through a futuristic competition, [next] year’s event will also contribute [to] the development of the domestic automotive industry by minimising environmental damage such as air pollution,” said Hee-Beom Lee, chairman of Racing Event Management.

“[It will also] position the championship as the next-generation racing event”.

The Seoul race is the third FE event that is currently set to clash with a round of the 2019/20 World Endurance Championship.

FE deputy CEO Alberto Longo told Motorsport.com at the recent Swiss E-Prix that FE’s calendar is “not going to move”.

The Seoul slot is understood to be the only weekend the city is able to host the race next year, with the promoters also said to be keen to attract spectators from around the Far East region due to the number of public holidays that take place at that time of year.

The Seoul track remains subject to homologation from the FIA.