Promoted: Why efficiency is key to winning in Formula E

The secret to success in Formula E is not just about racing hard, it’s about managing energy to have the power available when it counts.

Alex Lynn’s recent victory for Mahindra at the London E-Prix was, in part, thanks to the team’s hard work away from the track, improving the car’s efficiency and the ability for their drivers to optimise energy use through the race.

In the accompanying video, Mahindra’s engineers and driver Alexander Sims explain the lengths to which the team and its partners ZF and Shell have gone to create what they believe is one of the most energy-efficient cars on the grid.

Fight to the finish

Formula E has designed its E-Prix races to run longer than the range of the cars on the grid, challenging engineers to come up with new innovations to get the most out of the onboard battery.

At the end of a race, with the cars on the edge of their remaining usable energy, only the teams with the most efficient powertrain designs and the best energy strategies will have the reserves to stay in the battle and race to the flag.

Sims explains: “We could make the races shorter and drive flat out, but the whole point of Formula E is to focus on efficiency. Now, we go into races with a really positive outlook because we’ve got a nice package we understand how to use. 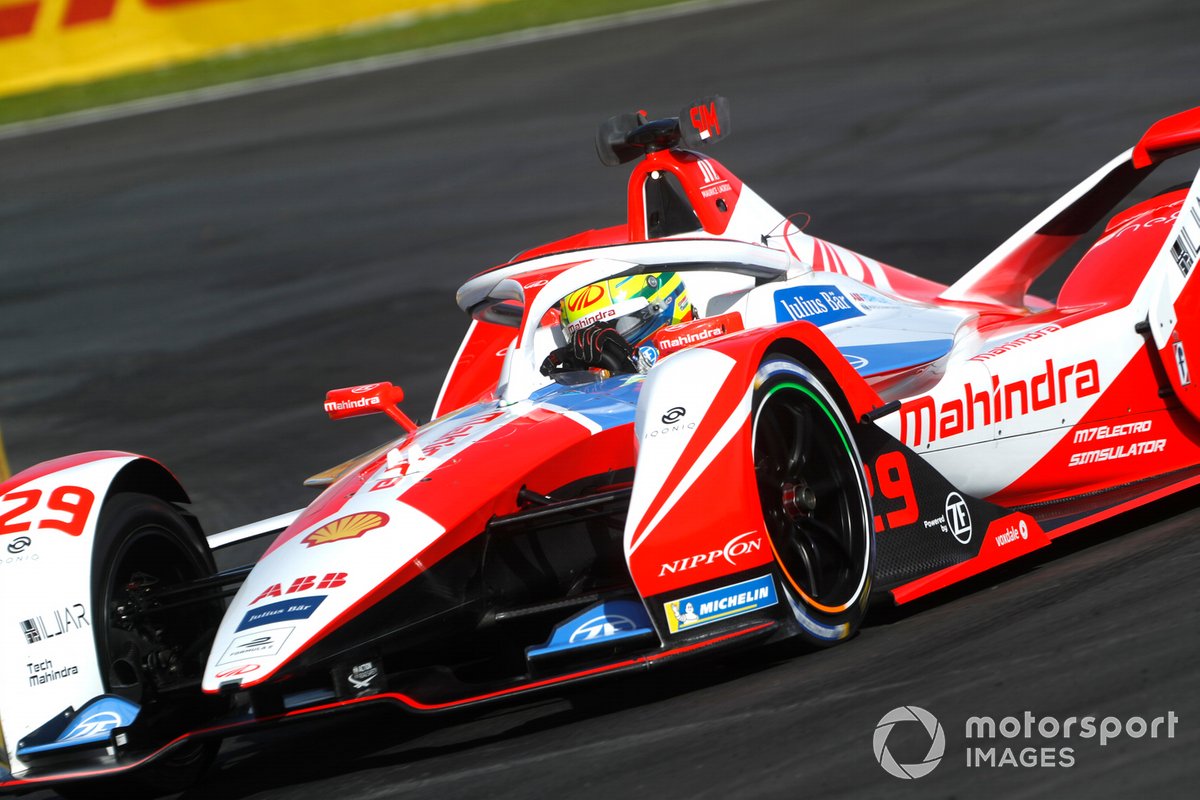 “The powertrain itself is very efficient and we’re able to [drive] in a very efficient way. We lift off the accelerator pedal, at normally the highest speed sections, as that’s the most efficient way to save energy but not lose too much lap time.

“Then, going into the corners, we have a paddle on the back of the steering wheel, where we can activate regen. That will slow the car down whilst putting charge back into the battery to deploy that energy on the following straight.”

Formula E’s regulatory platform has allowed powertrain developers to explore greater motor speeds and source new materials. Mahindra has partnered with ZF and Shell to eke out those crucial extra fractions of a second.

The video also reveals the technical innovations underneath the bodywork, which have helped take the maximum power of Formula E cars from 200kW in its first year to the current 250kW peak in current qualifying trim.

One significant advance pioneered by ZF this season is a new transmission, which has been made even more efficient, with attention given to a new unique single drive gear design to further cut energy losses.

On Shell’s side, the development of a bespoke E-fluid – in place of traditional oil lubrication - has helped to protect parts of that transmission from wear but also to reduce internal friction, gaining crucial efficiency benefits.

Both these developments, tested at the cutting edge of Formula E, will eventually feed into the automotive industry, helping to improve the efficiency of road going vehicles as they become increasingly mainstream.

Dennis to remain with Andretti in Formula E after BMW's exit