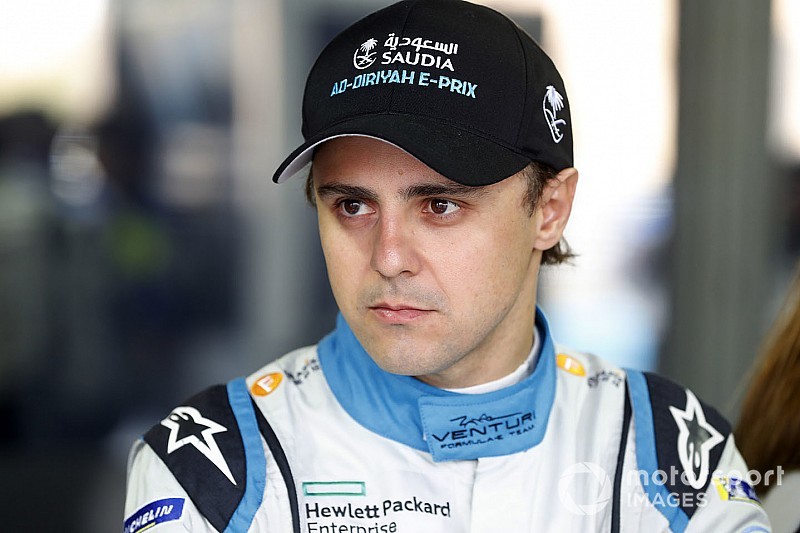 The Venturi driver finished the event in Saudi Arabia in 14th place after being given an in-race drive through penalty for the team not respecting “the Formula E season five battery software implementation guide version 5.1”, according to an FIA bulletin.

The Brazilian activated the system before the 22nd minute of the race, the earliest it can be used in the 2018/19 championship, and was given a time penalty of five seconds.

That was added to a second penalty worth 25-seconds, in lieu of a drive-through penalty, for using 150KJ of energy instead of 100KJ while Fanboost was activated.

Both infractions earned Massa one penalty point on his licence and dropped him to 17th in the final classification.

Speaking to Motorsport.com after the race but before his Fanboost penalties were announced, Massa said: “Well, I was happy with my performance in the race, everything that was happening, all the positions that I was gaining and everything.

“Unfortunately, I had this drive through that just destroyed everything that I was doing before.

“I’m disappointed with the result but happy with my job today in the race, with the pace, with the strategy, attack mode, overtaking – everything was working well.

“Unfortunately we didn’t finish where we supposed to.”

The reason given for Massa’s in-race drive through penalty was the same as those given to the two DS Techeetah drivers, Jean-Eric Vergne and Andre Lotterer, which cost the squad a possible one-two result.