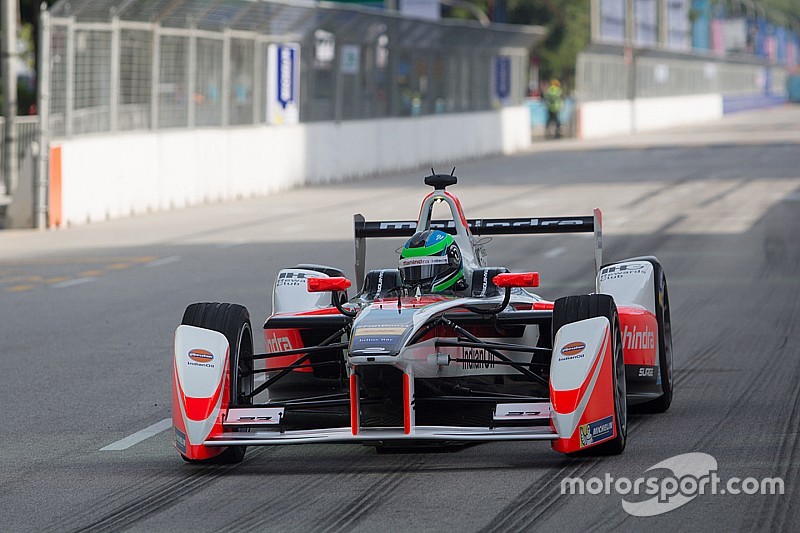 Formula Renault 3.5 champion Rowland has been drafted into the Indian team for the Uruguayan round after Heidfeld injured ligaments in his hand in the Putrajaya race last month.

On the recommendation of doctors, Heidfeld needs time to recover from his injury, but is expected to make a full recovery and be fit for the fourth round in Buenos Aires on February 6.

Rowland, who is currently taking part in the GP2 test in Abu Dhabi, will partner Bruno Senna after being chosen from a long list of possible replacements for the German ex-F1 driver.

Motorsport.com understands that Rowland was chosen because he could prove a good long-term prospect for any possible future outings in Formula E.

"Mahindra is obviously a very competitive proposition, as they have shown in season two so far. All of it will be new for me and massively different to what I am used to, but I am going to give it my best shot and make the most of it.”

Mahindra has so far been one of only a few teams to pose a consistent threat to early pacesetters Renault e.DAMS and ABT Schaeffler Audi Sport so far this season, and made a bright start to the campaign with Heidfeld scoring a podium position at the season-opening Beijing ePrix.

However, the German then damaged his wrist in a miraculous opposite-lock save when he lost control of his car on a crumbling track surface at Putrajaya last month, and was forced to skip the FIA WEC finale in Bahrain as a result.

“I am going out there to learn and enjoy the experience,” added Rowland. “My main aim is to pay back the faith Mahindra have shown in me.

"It will be a massive challenge: A new car, new team, new way of going racing, but I am up for it.

"It is a bonus after a great year in my career but at the same time I want to achieve something really good for myself and the team.”

Rowland will be travelling to the Campos workshops in Valencia next week to familiarise himself with the team and to undertake simulator work.

Mahindra Debrief: How they fared in Beijing and Putrajaya

Rowland Q&A: "I want to repay the faith Mahindra has shown"

Mahindra bullish for 2021 with "one of its biggest" upgrades