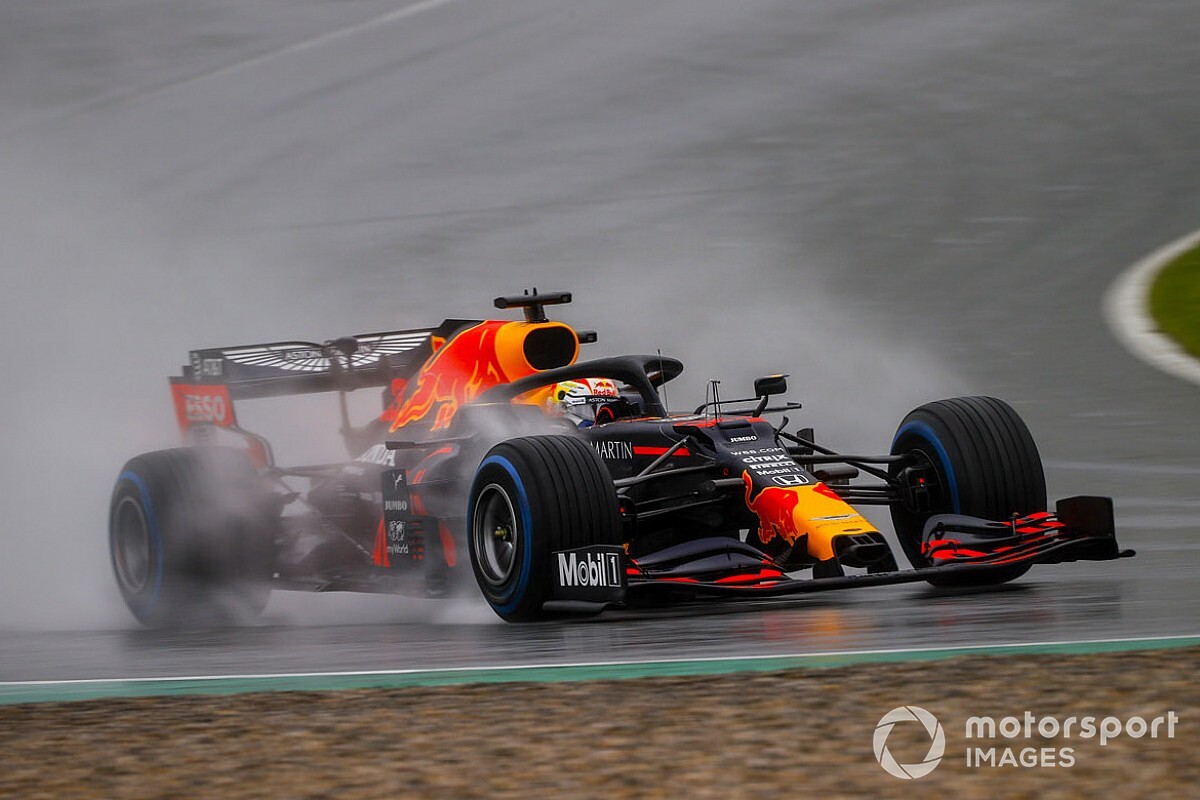 Verstappen was Hamilton’s closest threat for the top spot in qualifying on Saturday for the second race of the 2020 season at the Red Bull Ring and had improved his opening sector time on his final lap in Q3.

But as the lap wore on, the Red Bull driver had to catch two big snaps of oversteer – at the long left of Turn 6 and approaching the fast right of Turn 8 – and he then half-spun his RB16 as he ran through the final two corners.

Vettel, who qualified 10th, was pitting on the inside of the penultimate corner as Verstappen approached – although the conditions meant the Dutchman was unaware who was in front of him.

“I guess it was Seb going in the pits – you can’t see even the colour of the car [in the rain], Verstappen said in the post-qualifying press conference.

“I understeered because of it and then I went a bit wide – like I came onto the kerb on the exit and then I lost it.

“So, I had a four-wheel drift into the last corner. But anyway, it was not good enough of a lap to beat Lewis.”

Verstappen explained that he found the final stage of qualifying more difficult, with Q3 having slower times than in Q2 after the rain intensified in the closing stages of the middle segment.

“Overall quali was good – just Q1 was so busy,” said Verstappen. “You couldn’t see a thing, you always had to drop [and] leave a bit of space so you could so a lap.

“So basically in the whole of Q1 I didn’t really have a free lap, but still it was alright. Also the track I think was not too bad to drive on.

“It’s just with these cars, with these big tyres on it’s incredible – you can’t see a thing when you are within six seconds of the car ahead of you.

“But it was all going well – same in Q2 actually – I think it was all pretty good.

“But then towards the end it started to rain a bit more and immediately sector two was becoming more tricky.

“So I couldn’t really improve my last two or three laps - but it was good enough of course to go to Q3.

“And then Q3 was very difficult – for me at least. Just a lot of standing water.

“I lost quite a lot of grip and it didn’t feel as good as it did in Q1 and Q2 but still of course to be second is alright.”