Max Verstappen set the fastest time in second practice for Formula 1's 2020 Turkish Grand Prix ahead of Charles Leclerc, as the drivers continued to struggle in the low-grip conditions. 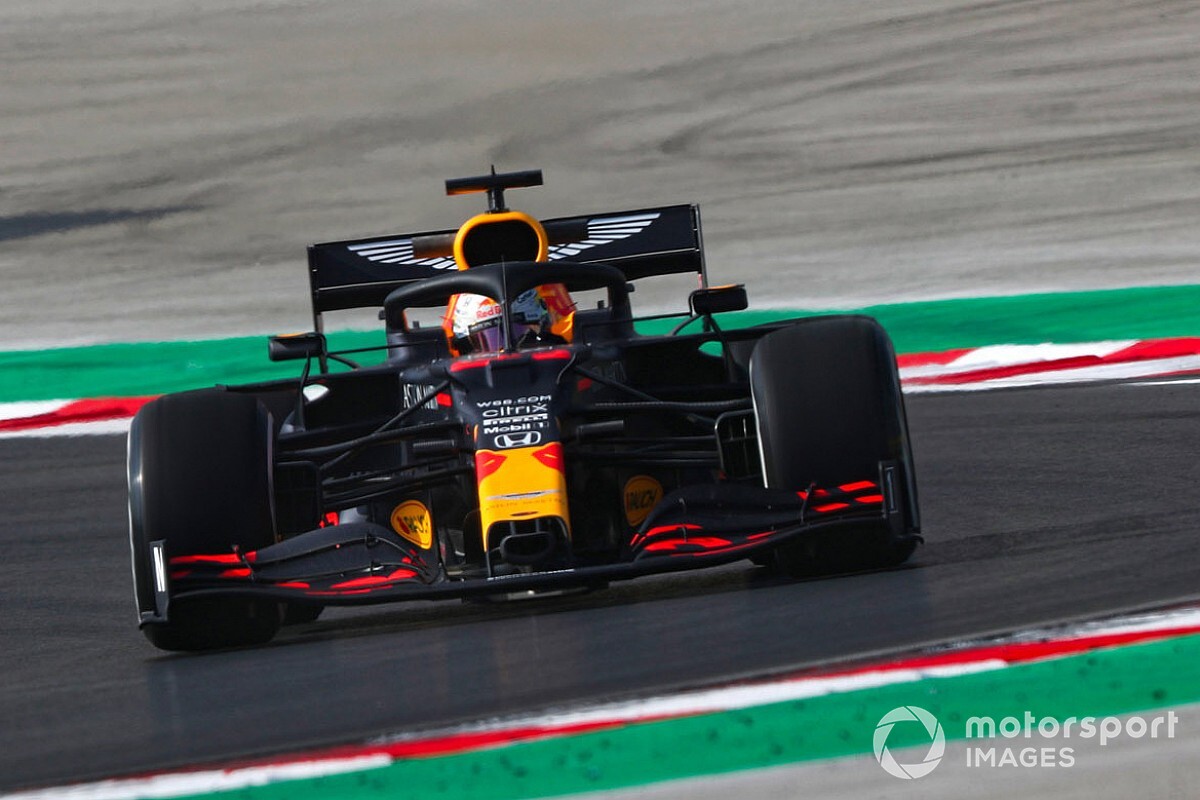 The Mercedes drivers had a low-key session, finishing in third and fourth, with Valtteri Bottas ahead of Lewis Hamilton.

In a reverse of Friday morning's FP1 session, track temperatures at Istanbul Park decreased as the 90-minute FP2 session progressed, from 20.3-degrees to 18.5, which kept the times slow even as the drivers started to complete qualifying simulations on the softer tyres for the first time.

After the vast majority of the FP1 running had been completed on the harder tyres, most of the drivers emerged for the afternoon session immediately on the mediums.

Bottas set the initial benchmark at 1m38.443s, but his next time by he lowered it by over three seconds, and he brought it down again to 1m34.940s after Kimi Raikkonen had briefly popped up to P1 for Alfa Romeo as he chased McLaren's Carlos Sainz through the final turns.

The best P1 time continued to be lowered by Bottas before Verstappen, also running the mediums, moved ahead with a 1m32.836s and then Alex Albon took the top spot in the other Red Bull on a 1m31.916s, which he then improved to 1m30.872s at the 20-minute mark.

By this stage, the first drivers started to appear on softs, but it took until 20 minutes later before the lead changed at the head of the times.

Here, Charles Leclerc went quickest on a 1m30.751s, but only after he had completed several slower tours as the drivers encountered an early graining phase on the C3 Pirelli rubber.

This graining, added to the significant track evolution factor on the freshly laid asphalt, meant the drivers took several laps before being able to set their best times of the session, with Leclerc eventually being joined at the head of the times by his teammate Sebastian Vettel.

But it was Albon who initially set the pace on the softs with a 1m29.627s – after he had had a time nearly a second slower, but then a personal best, deleted for running deep at Turn 1.

Approaching 50 minutes in FP2, Albon took the fastest time to a 1m29.363s, at which point the Mercedes drivers were taking their first exploratory laps on the softs.

Verstappen began reeling in Albon's advantage in the standings while Bottas and Hamilton got up to speed on the red-walled rubber, closing the gap to 0.007s just after Albon had put in his best time of the session.

But the Dutchman found more time on a subsequent run to go to P1 with a 1m28.984s, before he was deposed by Leclerc, who had continued to circulate on his first set of softs, and put in a 1m28.731s

Verstappen also stayed out for a lengthy run of efforts, eventually taking the top spot for good with his 1m28.330s.

The Mercedes drivers did find time as they put in laps on their softs – with Hamilton at one stage coming in to the pits – rising to third and fourth, with Bottas jumping ahead of his teammate just as their time on the softs came to an end as the session entered its final 30 minutes.

After this the drivers switched to long run data gathering, with the longer runs featuring several spins.

Williams pair George Russell and Nicholas Latifi went around at practically the same time – although at Turn 1 and Turn 7, the long, right-hand, uphill hairpin respectively – will Raikkonen spun off at the downhill exit of Turn 4 and Daniil Kvyat looped around at the final corner.

Albon was shuffled down to fifth in the final standings, finishing ahead of AlphaTauri pair Kvyat and Pierre Gasly, with Vettel and Lance Stroll taking eighth and ninth.

Lando Norris, who completed a long run on the hard tyres in the opening phase of the session, rounded out the top 10.