The Spa-Francorchamps circuit has provided another update on its off-season revamp, showing a first glimpse of the expanded run-off areas at Eau Rouge and Raidillon.

The venue of the Belgian Formula 1 Grand Prix is using the off-season to overhaul its ageing facilities as part of an €80m, government-backed refurbishment.

The circuit broke ground in November on new run-off areas in several key corners, while also demolishing old grandstands and the Raidillon chalet in favour of new, more modern facilities.

The track's safety improvements are mainly aimed at obtaining a FIM Grade C licence, which is needed to host the returning Spa 24 Hours for motorbikes, which will be held in June this year.

But larger run-offs and new gravel traps are also set to benefit car racing in the wake of a series of serious accidents across Formula 2, W Series and the Spa 24 Hours over the past two years. 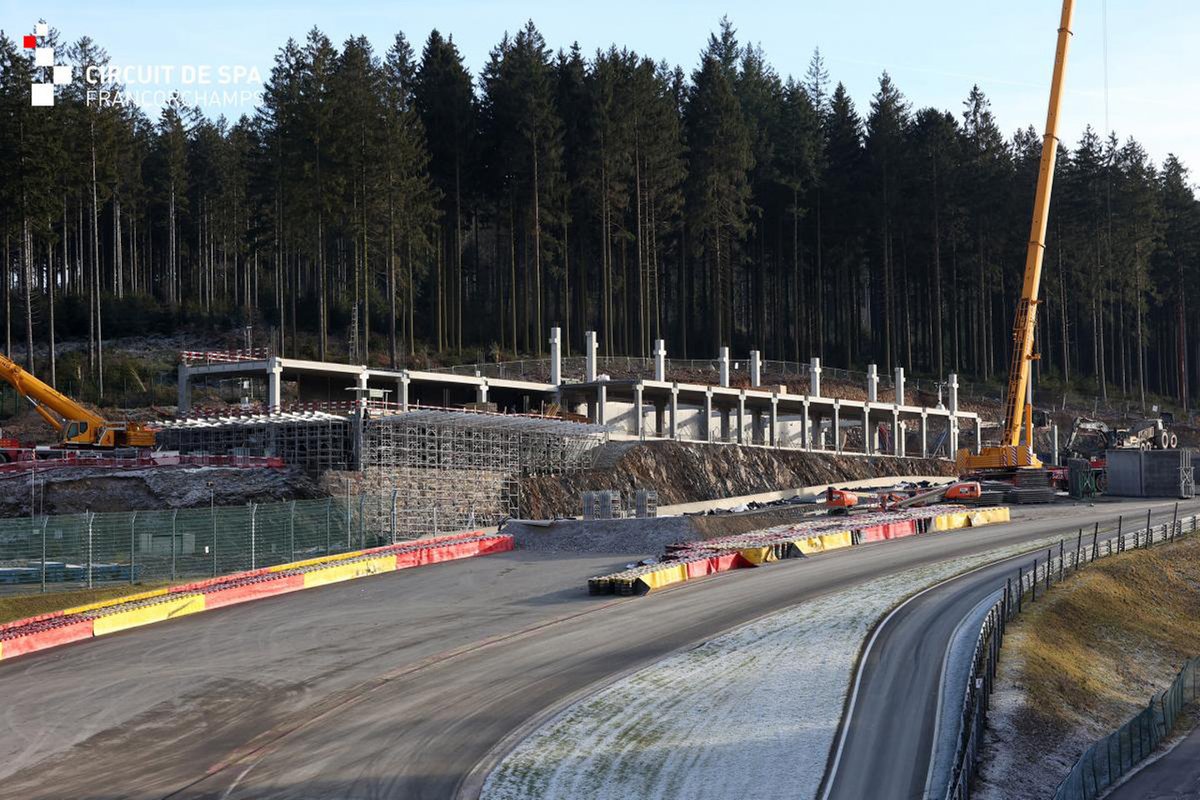 While gravel traps are being added to several corners, the run-off reworking of the Eau Rouge and Raidillon combination has drawn the most interest. Contrary to false rumours on social media, the original layout remains intact, but the tarmac run-off areas on both sides will be expanded.

Due to the difficult terrain, particularly on the right-hand side behind the endurance pit exit, enlarging the tarmac run-off is an elaborate project, but the works on the left-hand side of the track are proving to be even more extensive.

Late last year the iconic Raidillon chalet was demolished, making room for a new, covered grandstand with 4,600 seats as well as VIP boxes which is scheduled to be completed by April. 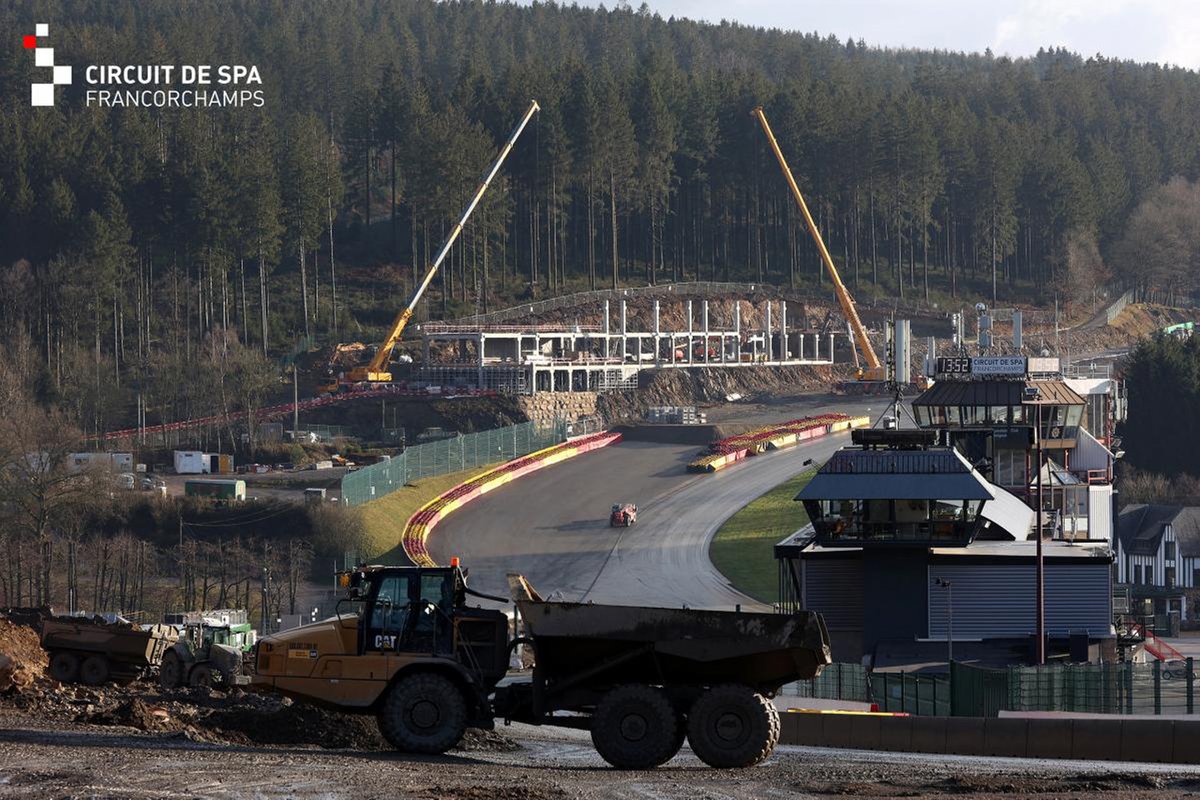 The track has previously shared several other key safety changes.

The old endurance grandstand across the pitlane has been levelled to be replaced by a new structure, which "is better integrated with its environment" according to the circuit.

La Source and Les Combes are some of the corners earmarked for gravel run-offs, with Turn 1's AstroTurf exit giving way to a gravel trap in an enlarged run-off area. At Les Combes and Malmedy the guardrails are being moved to provide space for a larger escape area and the tarmac will replaced by a gravel trap.

Finally, Blanchimont is also getting the same treatment with an enlarged run-off area, gravel traps and a new service road. The extremely fast left-hander has been the scenes of several scary accidents over the years and is now receiving updates to improve safety for both bikes and cars. 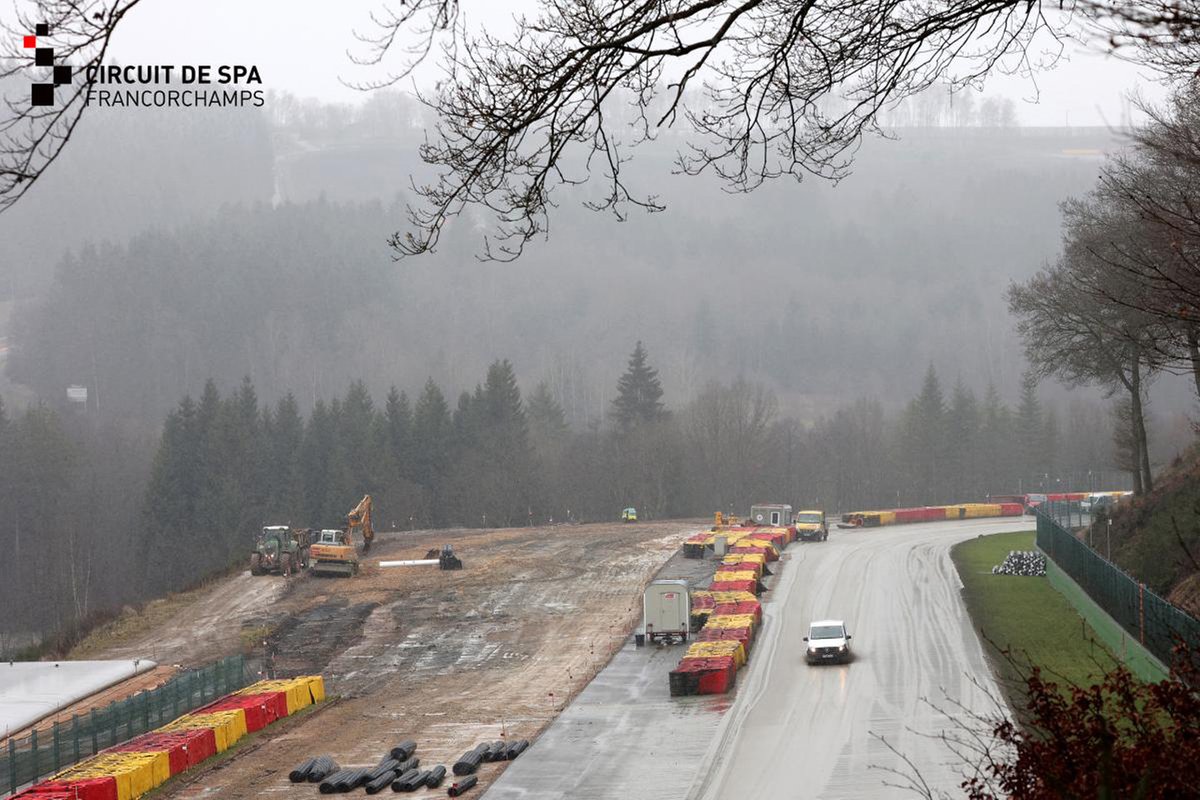