Mick Schumacher does not see the need for Haas to hire an experienced Formula 1 reserve driver next year to help push forward car development.

Haas boss Gunther Steiner suggested ahead of the Russian Grand Prix that the team could benefit from having a veteran providing input to rookies Mick Schumacher and Nikita Mazepin.

He believes that the team was lacking a good reference point to judge the speed and feedback from its current line-up. But Schumacher is sceptical about the suggestion and reckons that both he and his teammate are delivering all that Haas needs.

"Honestly, I think that we're pretty much getting the best out of the car," said the German, when asked if having an experienced reserve to add input would be valuable. "I don't think that there is a need for that. Especially if you know reserve drivers don't really get to drive much.

"Obviously we don't know how that would be, but again I think we're doing the best we can, and I think some qualifyings show that we are able to extract the maximum out of the car."

Schumacher's teammate Mazepin is more open to the idea and reckons it was something that should be decided entirely by the team management.

"I have never been asked that question [inside the team]," he explained. "I don't think the drivers get to choose it, and I don't think it's correct.

"If I was to be asked, I think more help in the position where we're at now is good help. So I would be very open to any solution.

"But I think Gunter is a team boss and he ultimately needs to take these decisions. Not me. I'm too young for it." 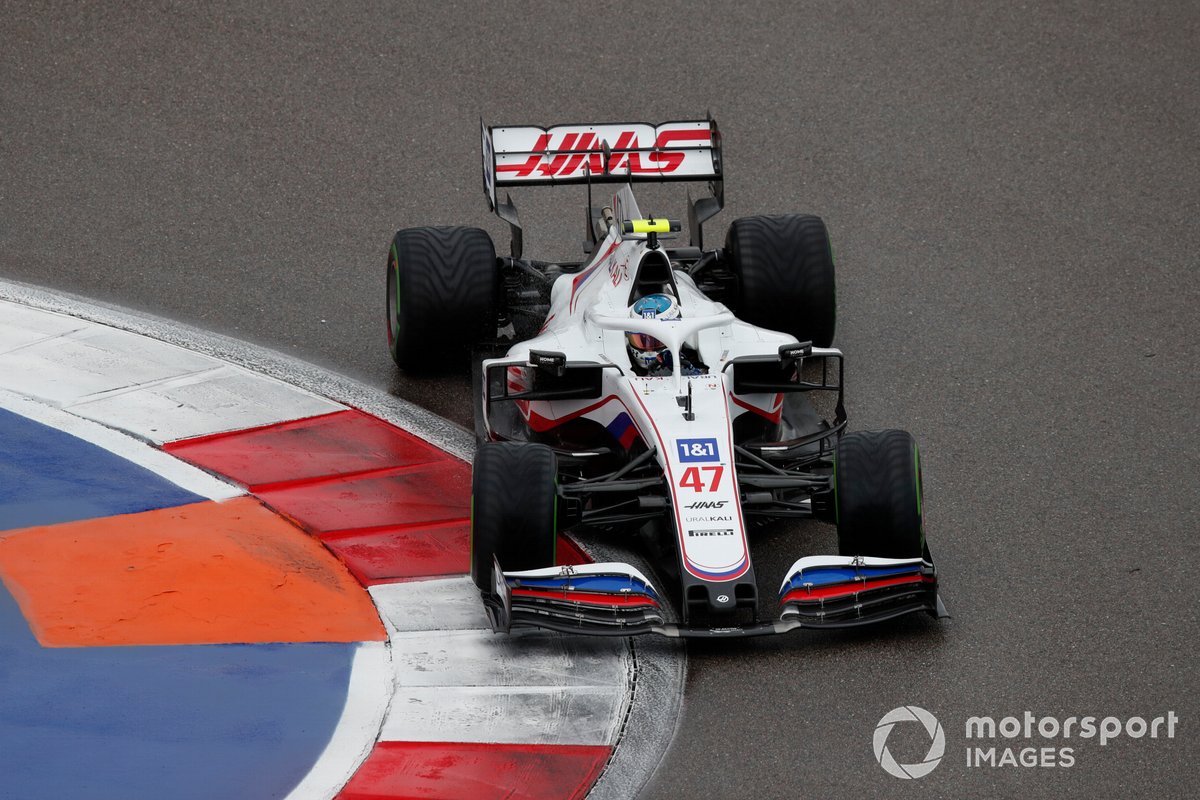 Steiner has reiterated that a decision on the possibility of taking a reserve will be made over the winter, and also needed to fit in with any restrictions on Friday running.

Next year's rules could, for example, force Haas to run an extra rookie driver as well on Fridays which would further limit any track running opportunities.

"If we feel at the end of the season that we need somebody, we will look into how it goes," explained Steiner. "We haven't looked for a reference driver yet and we are not looking. That decision will be taken at the end of the year, if we feel that that would help us to get better.

"But obviously the issue then is, if you put a reference driver or an experienced driver in, the young guys lose track time because they cannot drive the car, as you are not free to do what you want these days with testing.

"So there's all pros and cons which you have to weigh up, and that's where I left it out there. There is the possibility, but there is not a decision taken."

Can F1 justify having four races in the Middle East?