Renault: Reliability, not power, the focus for Melbourne engine spec 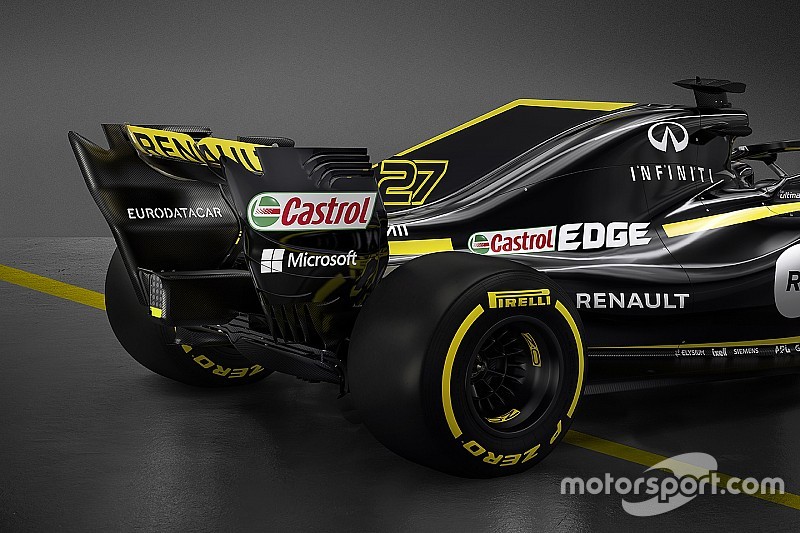 Renault has elected to hold back on unleashing the full potential of its Formula 1 engine for the start of the season – because it wants to take a zero-risk approach to reliability for the early races.

After a 2017 season that exposed a number of reliability issues for the French car manufacturer, it has spent the winter focusing its efforts on making sure its products are more bulletproof for the season ahead.

With Renault well aware that the three-engine limit means any early-season niggles could prove costly later in the campaign, it instead is taking a more conservative approach to its planning for 2018.

The focus for all its teams will be on ensuring reliability for its Melbourne specification, before delivering decent performance upgrades when the second and third power units come in to play.

“We have decided voluntarily to make some compromises for engine number one – in order to make sure that we have got the right platform,” Renault F1 managing director Cyril Abiteboul told Motorsport.com.

“If you come to the first race and you start to have reliability problems, then that is not just that race – it compromises the whole season. You cannot afford to do that.

“It is about setting the right baseline, having the right platform and building a plan for the season – trying in particular to synchronise development at the factory with the introduction of new engines because we are very limited.

“The fewer engines you have the more rigid you need to be in the implementation of performance. So the focus is very much on reliability.”

Abiteboul said that results from Renault's Viry-Chatillon dyno had been encouraging in terms of endurance running – with the team having done much more mileage than at any previous point during the turbo hybrid era.

But work was still needed to sign off components in pre-season testing, which is why he has cautioned against judging Renault’s progress in the first test.

“We have covered 11 times the mileage on the dyno that we had covered at the same point last year – and we are aiming to have 70000km on the dyno by race one – which is huge,” he said. “It is something that we have never done since the introduction of the V6.

“Frankly I think we’ve done the best that we could. Our project management, ethos and discipline has been exemplary. But as I say, when we will be on track, we will need to sign off a number of things and this is particularly the plan for T9 [test one] – to make sure that there is no disconnect between track and dyno.

“So don’t look at the laptime in T9 because everything will be massively tuned down for obvious reasons, but T10 [test two] we want to run in a more representative mode.”

Although longer-life engines and the decision to not risk reliability means there will not be a dramatic leap forward in performance against Mercedes and Ferrari for now, Abiteboul says that he is hoping Renault’s power levels for Australia will be at the same level that it finished last season at.

“Our target is more or less to start in Melbourne with the same performance level as we finished in Abu Dhabi – which is actually quite a decent performance baseline,” he said.

“And then we want to make it much more reliable, and make it in a way that we can extract the power in a consistent and sustainable manner – and not have to turn down the engine because of reliability or temperature concerns. That is the baseline.

“Clearly power unit number two will be a step and power unit three will be another step.”

When asked how much potential there was for much talked-about qualifying engine modes, Abiteboul said: “I am really curious to see what is left with the qualifying modes now that there have been a number of clampdowns on fuel and oil. Let’s see.

“We have an extra performance mode for qualifying. Let’s see. I don’t want to say too much about this at this moment in time.”

Sirotkin exclusive: Kubica knows "it's every man for himself" in F1

How to solve F1's livery crisis