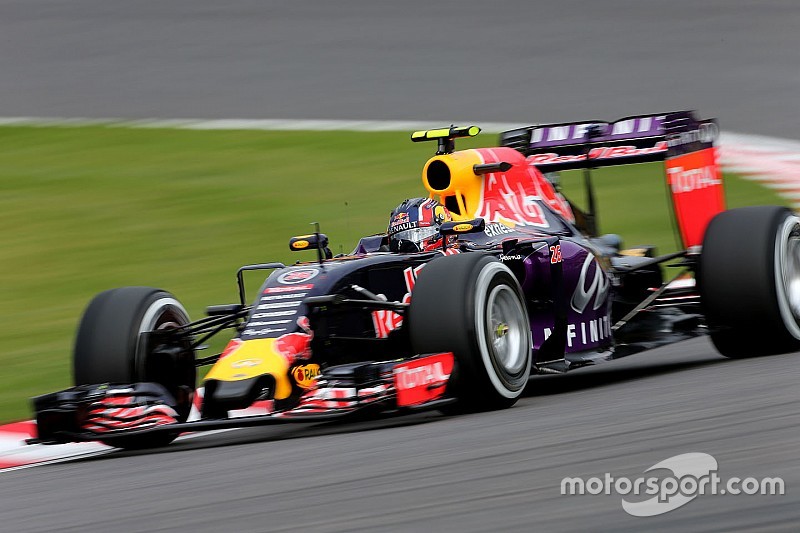 Mercedes boss Toto Wolff says that if Red Bull's two teams pull out of Formula 1, other top teams might be asked to run third cars.

The process of introducing third cars could in theory be kick-started if the 2016 grid drops below 20 cars.

Red Bull has said repeatedly it will likely quit the sport unless it can get a works engine deal with Ferrari next season, having decided to part ways with Renault.

Mateschitz's threat to quit Formula 1 has been taken seriously up and down the paddock.

"If a team would leave, and we have had the discussion around Lotus a while ago, third cars are a solution to fill up the grid," Wolff said when asked by Motorsport.com.

"For me personally it's a pretty exciting idea.

"I'd rather have Red Bull in the sport and third cars, and a grid of 27 or 28 cars, and some exciting young drivers in those third cars. But this is definitely one of the fall-back positions."

Wolff said, however, that the situation had not yet been discussed in connection with Red Bull: "I think priority number one is to keep them in the sport."

Wolff admitted that it would be a huge blow to F1 if Red Bull went through with its threat to quit.

"Red Bull is a hip brand, and it's good for F1 that Red Bull is in here.

"But then it is also an environment where you need to look at yourself and the team's performance with a priority.

"Of course it would harm the platform, of course there would be bad news around it. It isn't the best of news if a brand like Red Bull or a team with the pedigree of Red Bull would leave the sport.

"This is absolutely clear, and we are very conscious about it. So I hope whatever decision they take they are going to decide in favour of F1, and grow F1, and take it from the competitive side."

A good qualifying session for Lotus at Suzuka