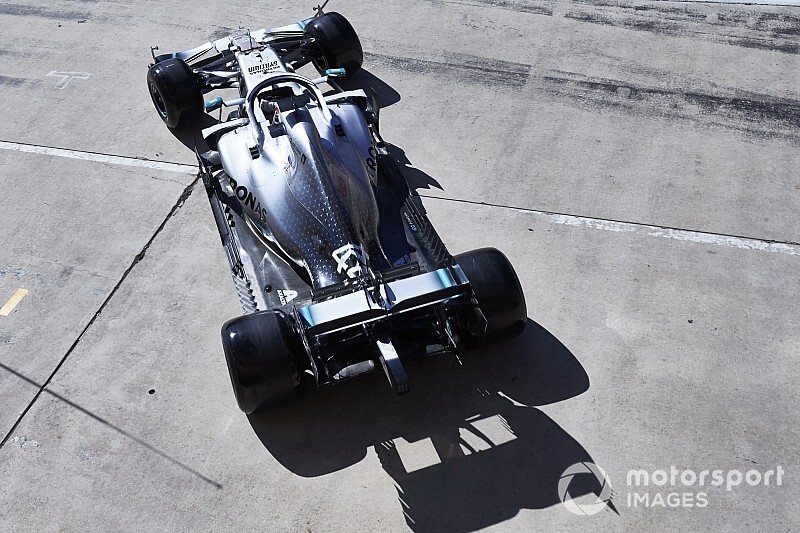 Pirelli supplied the tyres it had produced for the 2020 season to all 10 teams at last year's race at Austin, but, on an unusually cold weekend and with the lower peak grip level of the now-abandoned new rubber - a factor introduced to reduce degradation, among other tweaks - many drivers reported issues.

Although the rubber was better received at the post-season test in Abu Dhabi, the teams voted to drop the 2020 variation and continue with the same tyres used last year.

Isola said that if Pirelli needs to test new compounds of the same tyre type, "that is probably feasible during the free practice, because with the same construction, you are going to test something that is not affecting the balance of the car and other parameters on the car in a heavy way".

"The comparison of a new compound during free practice is possible," Pirelli's motorsport boss continued to Motorsport.com.

"If we have to test a completely new tyre it's probably the wrong way to do that."

Isola explained that the lack of track running available during grand prix weekends, as well as the need to set up the cars using existing rubber that resulted in a better-handling car, meant F1 weekend tyre testing was unsuitable.

"We supplied the prototypes to everybody, so it was a good opportunity [at Austin] to see how the prototype worked," he said.

"The real, not mistake, but the important element of that test, [which] is why I believe that for the future it is not good to plan any test of validation during the race weekend, is that it is impossible for a team in three hours of free practice in total [excluding the FP3 session ahead of qualifying].

"There is track evolution in every race. If we also had [to do] a comparison of a new tyre compared to the baseline, it is too much for three hours testing.

"So, it is a fact that they have to find a compromise to fit the additional tyre tests in a schedule that is already full of other stuff to do.

"And that means that in that condition it's very unlikely that they can make a proper tyre test.

"That's why we prefer to say 'focus on tyre development tests where we have a whole day available'.

"The car is there, they can set up the car, we can make proper comparisons - long runs, short runs, different conditions, cambers calm, pressures calm, other stuff. We can have a proper evaluation."

Why Stroll's Aston Martin investment is a no-brainer

What Aston Martin's new deal says about the state of F1