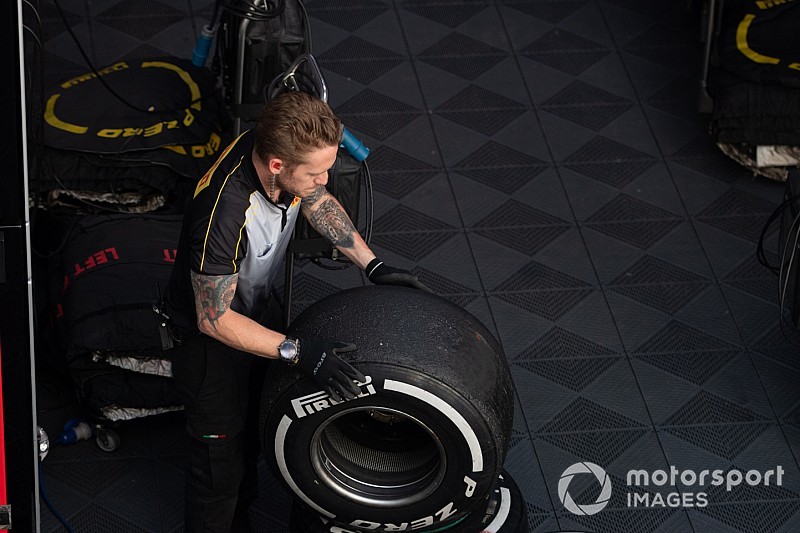 Formula 1 tyre supplier Pirelli says it does not understand complaints from some teams and drivers that its 2019-spec tyres are more difficult to work with.

The fluctuating form of Haas, which has seen its fast car hampered in races by it not being able to get its tyres into the right operating window, has put a focus on the challenge of the new 2019 rubber.

Haas team boss Gunther Steiner said the influence of the tyres was too much, as he suggested the thinner tread introduced this year made it more difficult for drivers to keep heat.

“We spend millions and millions to develop these cars and then they are out of the [tyre] window and really cannot get going,” he said.

"I'm not blaming it purely on Pirelli. I'm blaming it on us as well because some [teams] get [the tyres] to work. But in general, this is not the right thing. We shouldn't be talking after the race, 'did your tyre work or not?' "

Lewis Hamilton said ahead of the season that he reckoned no team was fully on top of how to get the most out of tyres, and claimed they were more difficult to understand.

“What do you want to know, if the tyres are any good? I don’t really have a lot of good things to say on that, so best I probably don’t say anything,” he said.

“As we get into the year, it is going to be a challenge. They are more challenging this year than they were last."

But Pirelli racing manager Mario Isola is baffled about why teams think this year’s tyres are harder to work with, as he dismissed suggestions the operating window was narrower than last year.

“If we talk about the width of the working window, and I heard some comments that this year it is narrower, it is difficult to confirm that,” explained Isola.

“What we call the C3 and C4 are two compounds that are the same soft and ultrasoft that we had last year. Obviously the working range is a function of the compound, so with the same compound we have the same working range.

“I don’t want to say it is wider, but what I will say is that they can use it at a higher temperature because of a reduction of thickness [of the tread], but we cannot say that it is narrower.

“The C1 and C2 are two compounds that are softer than last year so are more suitable, and the C5 in terms of hardness is the same as a hyper soft, so in terms of mechanical resistance it is better.

“We had a back-to-back comparison in Baku with some teams using the hyper versus the C5, and it is clear that the hyper had graining and the C5 had much reduced graining, so I don’t understand where we can say that it is a narrower window.”

Isola said he would always listen to the views of teams if they felt improvements could be made. He thus suggested Pirelli may look at making a wider working window in the future.

“Obviously I take any comments coming from the teams on board because narrower or not, they are asking for a wider working range,” he said. “The result is that they say it is narrow.

“What is clear is that we have to work in the future to have a wider working range. Obviously we are designing new tyres for 2020 and also for 2021 considering the plan to remove blankets, so we are changing the approach in how we design the compounds.

“We are testing new ingredients and new materials to try to achieve this target, and we will evaluate if we want to introduce something new for 2020 to test also for 2021.”