F1 drivers face step into the "unknown" in Eifel GP

Formula 1 drivers and teams face a jump into the "unknown" in the Eifel Grand Prix, with cold temperatures and a lack of running leaving everyone unsure of how tyres will perform. 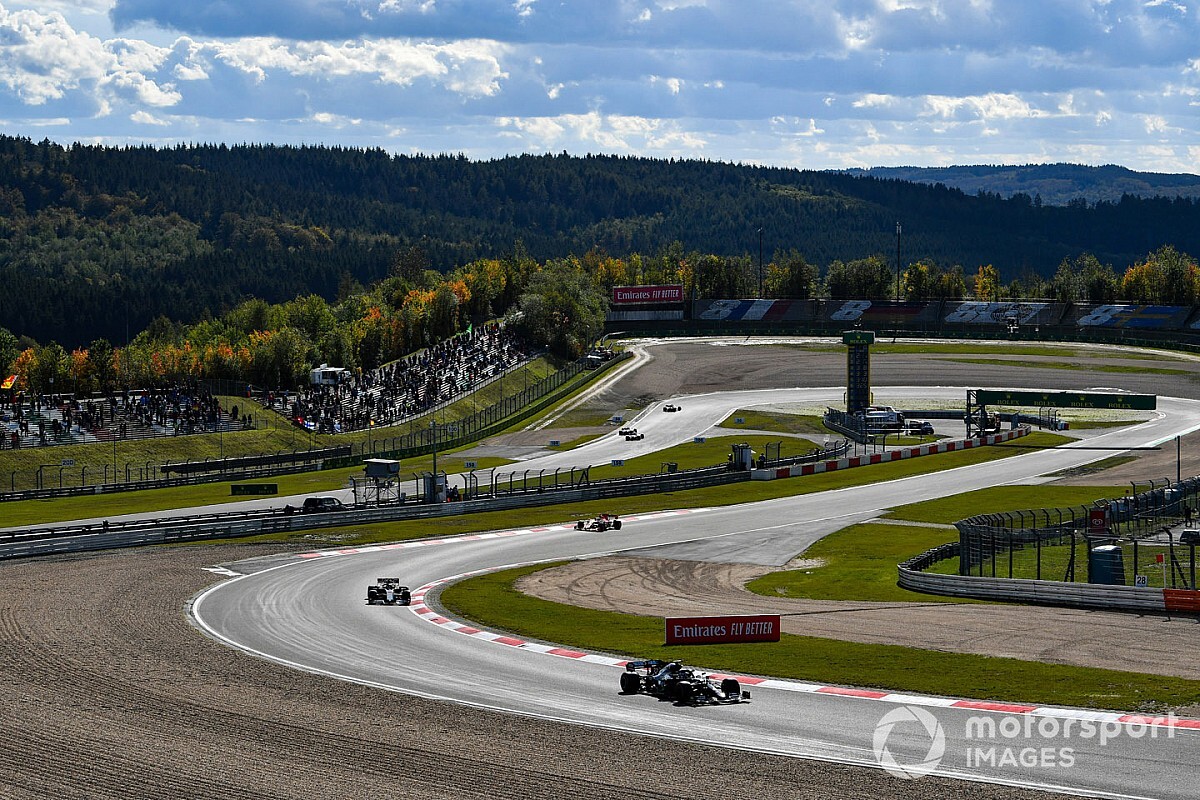 With Friday’s action at the Nurburgring having been abandoned because of poor weather, F1 drivers have only had one hour of practice to prepare for the event.

That has left them without the normal long run data they get on a regular weekend, with the situation further complicated by how tricky the tyres can be to manage in the cold.

Pole position man Valtteri Bottas reckoned there were far more uncertainties for everyone heading into the race than there are normally.

“I think there are many unknowns for every team with their lack of running,” he said. “There’s not much data, apart from winter testing in these kind of temperatures. So I think when you’re going to have to change the compound during the race from soft, it’s going to be unknown how it handles.”

Renault’s Esteban Ocon was one driver who is going into the race having not done a single lap on the medium compound tyre that needs to be used at some point.

“I think we're jumping a bit in to the unknown,” he said. “Unfortunately we did run only the soft tyres on my side, so I don't really know what to expect in terms of when we're going to change compound and how the car is going to behave. But the struggle is going to be for everyone.”

The cold temperatures that have greeted teams has made it harder for drivers to get the tyres working consistently, and there is an increased chance of graining which could trigger understeer that will hamper a driver's progress.

World championship leader Lewis Hamilton said: “I think the usual effects from the track getting colder is the wear usually. The front tyres usually suffer a little bit more, and we generally have a little bit more understeer potentially.

“If there are safety cars, restarting our tyres is going to be a struggle that’s for sure. But we’re all in the same boat. I don’t really know how far the tyres will go but obviously when it gets a bit colder, generally you can go a little bit further as they work in a slightly different range.”

Ferrari sporting director Laurent Mekies said that the cold weather and lack of understanding of the tyres meant the race was unlikely to pan out in a straightforward fashion.

Asked how much of a step into the unknown it was, he said: “In fairness it’s a huge one. I think if somebody could draw the relative race pace now, he would be very, very talented. I don’t think it will be an exact reflection of qualifying at all.

“I think there will be surprises because we didn’t have that chance to do the long runs. So that, plus the fact that the tyre life and performance is an unknown will make a good challenge in terms of how fast teams will be able to read the race in the opening laps and to adapt to whatever is going to be thrown at us.

“I think we will give a good race for you guys and it’s probably good fun for everybody to get a bit less perfection.”

F1 needs thinktank to look at options like hydrogen - Renault