No place for democracy, says Ecclestone 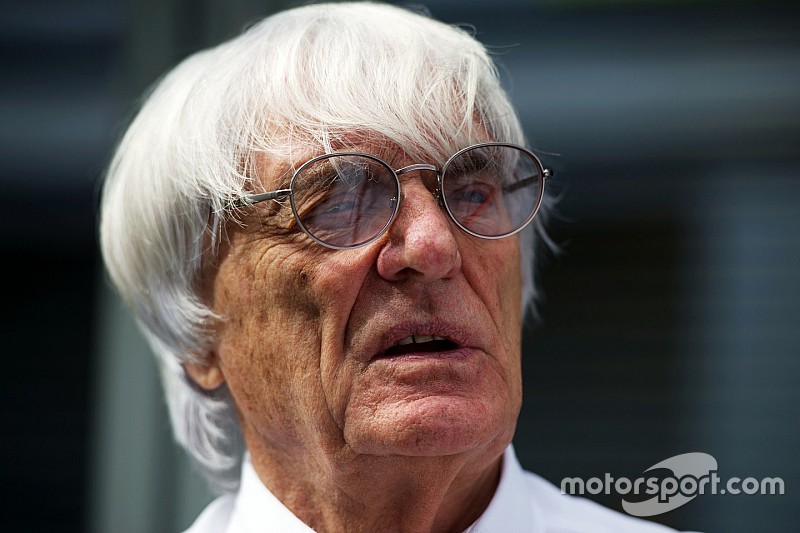 Formula 1 supremo Bernie Ecclestone is always good for a soundbite, and in an interview with Russian TV channel RT, he didn't fail to live up to his usual standards.

Speaking to political journalist Sophie Shevardnadze in Sochi, the 84-year-old covered a wide range of topics, both in and outside of Grand Prix racing, and as ever he wasn't afraid to court controversy.

Below are some of the highlights of the in-depth interview:

On Russia using F1 for PR: “I don’t think Russia needs sporting events to be great and look great. What it does, it exposes to the rest of the world what Russia is - and that’s a difference.”

On democracy in F1: “I don’t think there’s any place for democracy, first of all.”

On being a successful 'dictator': “I think, if you can get people to, more or less, fall in line with what you’re trying to do and support you, then it seems like democracy.”

On leadership: “The trouble today in the world is that we haven’t got too many real leaders. If you look at all the countries and try to pick somebody - it wouldn’t be easy. You’ve got semi-sort of people who think they would be doing that, but they are not.”

On F1 after Bernie: “They’ll probably find somebody doing a much better job that I’ve been doing. Maybe in a different way. Maybe, somebody a bit more democratic.”

On future rules: “I think a lot of that technical regulations are too stringent, and it’s really been like an old house and people keep adding bits and pieces to it, and really, nobody knows why we’ve added them. I am as guilty as anybody else; so, I think maybe we ought to tear it up and have another book.

"We’ve become much too clinical with too many rules and regulations, and I think, the drivers, when they go out to start the race, they should be on their own. They shouldn’t have help from the pits, but advice on things.”

On the F1 show: “I think we are in show business. The minute we stop entertaining, we’re in trouble. So people like racing… I think, what our biggest problem is that you and I know pretty well who’s going to be the World Champion this year. It can’t be right.

"People come to watch racing, to watch anything, and they don’t want to know the result before it starts. That’s the rulebook that I want to tear up.”

On Lewis Hamilton: “He’s open, very open-thinking person, and I think he genuinely wants to do good things for Formula 1. I think he appreciates the business he’s in.”

On drivers: “You get attached to some drivers. Some drivers are easy to feel attached to. I’ve been close to a couple of good, good friends. So, you are attached to these people. Each of them has got something a bit special. I’ve been talking to Hamilton just now about things he wants to do - and he’s thinking long-term, so it’s good to be able to encourage.”

"I think Europe is a thing of a past anyway. I think it would be a nice for people from China and even here, to visit, and look how the old times were, you know. It’s not going anywhere.”

On the USA: “I'm not very enthusiastic about America, so… The biggest problem with them is that they believe they're greatest sort of power in the world. And it’s difficult, because, they are a big island, so they are a bit isolated; they are slowly starting to learn what other people in the world do.”

Grosjean crash not down to failure, says Lotus