After 20 years without a win at Monaco, Williams was vindicated in 2003 along with star driver Juan Pablo Montoya who, after more than 20 races without a victory, finally returned to the top step of the podium with a sensational and cool drive.

What better way to exorcise your demons than by scoring your first win in more than 20 months at a circuit where your team hasn't won for 20 years? Both Williams and Juan Pablo Montoya – as the Colombian said himself – needed a victory to erase memories of lost opportunities and poor performances, so coming good in the most famous and charismatic Grand Prix of the season is likely to be a boost both for the driver and for his team.

For both, victory was a vindication at a time where they have been the target of increasing criticism from the media, and even from its own engine supplier.

"Everybody needed this," said a relieved Montoya after scoring only his second F1 victory. "You've got to say that I had quite a few races where I had the chance to win. The last one was Melbourne, I threw it away, so there was quite a bit of pressure not to basically make any mistakes." 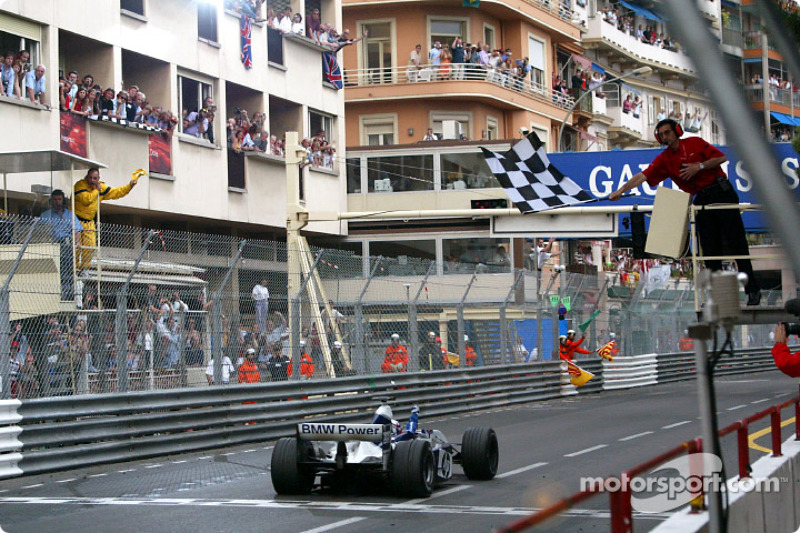 Montoya's win was all the sweeter for him as it not only ended a long wait that seemed to have no end, but also because the victory showed another side of the Colombian's driving ability. On the streets of the Mediterranean principality Montoya showed he too was capable of staying cool under immense pressure, at the same time that he stayed off the barriers and nursed his ill car, which had developed an engine issue, to the chequered flag.

Following his seven pole positions in 2002, having thrown away a sure victory in Melbourne, and after retiring from the lead in Austria when his car let him down, Montoya's second career F1 win was long overdue, and it finally erased the bitter-sweet taste of his maiden victory at the Italian GP, which took place only five days after the September 11 attacks.

For Williams too the moment was especially sweet, not only because it ended its 20-year Monaco jinx, but also because it finally got a reward for all the hard work since the start of the season to correct all the problems of the FW25. 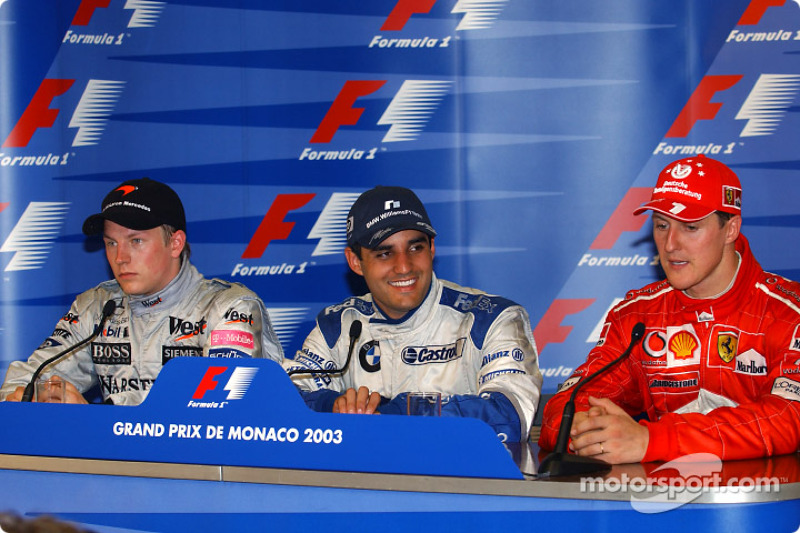 Having lost touch with Ferrari and McLaren in points, and with the pressure from Renault increasing race after race, Williams needed to deliver to show it still knew how to win, and there was probably no better place to do it than in Monte Carlo. Of course, the historic race on the tight streets of the principality often shows misleading signs and a deceptive picture, and it's obvious Williams has a long way ahead to get back into the championship fight.

Climbing to the top of the standings will not be easy for Williams though, and that was clear after the race, which saw the top three finishers covered by less than two seconds. In the title fight, McLaren and Kimi Raikkonen emerged as the winners of the Monaco Grand Prix, with the Finn putting on another solid performance to give further proof that, with almost half the season gone, he is a true challenger for this year's title.

Raikkonen did not put a foot wrong in the race, and only Montoya's flawless performance stopped him from winning the race. The Finn's pace demonstrated that McLaren is likely to have enough time to work on their new car to make it as reliable as this year's championship – with its new points system – requires. Unless McLaren begin to drop the ball in terms of reliability, the battle between Raikkonen and Michael Schumacher looks set to go down to the wire. 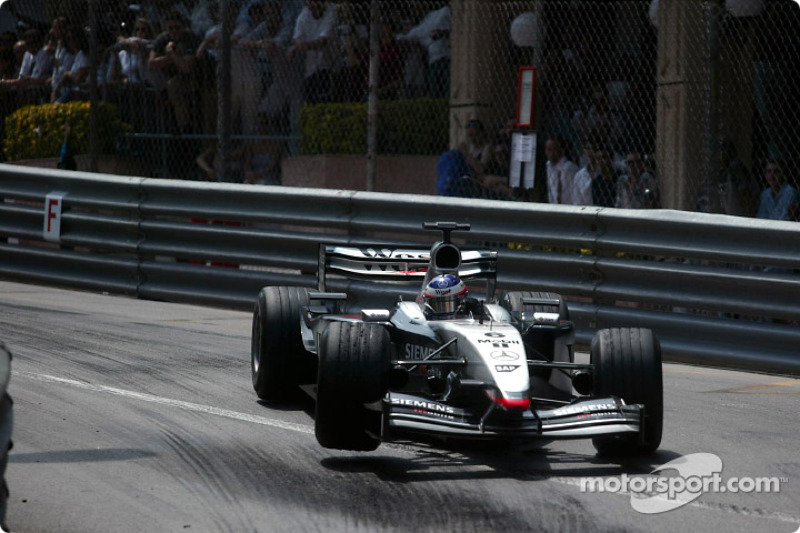 To think that by this time last year Schumacher was over 30 points clear in the standings says a lot about how things have changed for the world champion and his Ferrari team. In Monaco, and after three consecutive victories starting from pole, Schumacher and Ferrari were dramatically humbled, and the German never looked like a real contender.

In fact, Ferrari looked quite ordinary, with Schumacher's highlight being his fastest time in Thursday's qualifying session. After that, the five-time Monaco GP winner struggled for pace, which added to the problems Ferrari had with its Bridgestone tyres and to a strategy that proved wrong, Schumacher left a four-point deficit in the championship and with the impression that Ferrari will have to work really hard in the coming weeks in order to beat the improving competition. 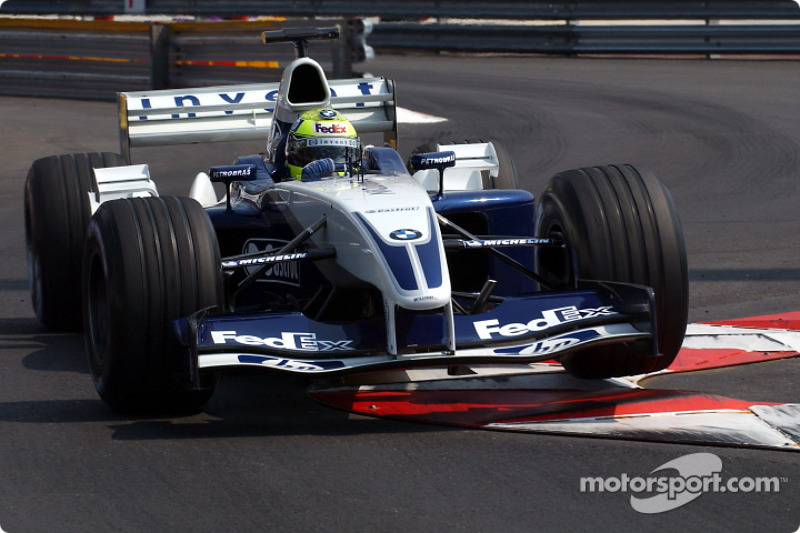 The rest of the field, including the teammates of the top three finishers, never looked like real contenders, and the race was especially disappointing for Ralf Schumacher who, after clinching a magnificent pole position, faded away to finish in a distant fourth place. Disappointing too was the performance of David Coulthard and Rubens Barrichello, with the Scot overshadowed by Raikkonen all weekend and the Brazilian languishing in the race to finish in eighth place, more than 50 seconds off the leaders.

Barrichello's misery was Fernando Alonso's gain, as the talented Spaniard put on another solid showing that helped him move back into third place in the championship standings. His Renault team, however, were not up to the expectations created before the Grand Prix, and despite many predicting the French squad would fight for victory, its pace was far from the top three teams.

As for the rest of the field, only BAR – namely Jenson Button – looked like a contender for the point-scoring positions, especially after posting the third quickest time in first qualifying. The young Briton, however, suffered a massive crash in practice that forced him to sit out the race. Fortunately, he wasn't seriously injured.

Ferrari extends Sainz's F1 deal to the end of 2024