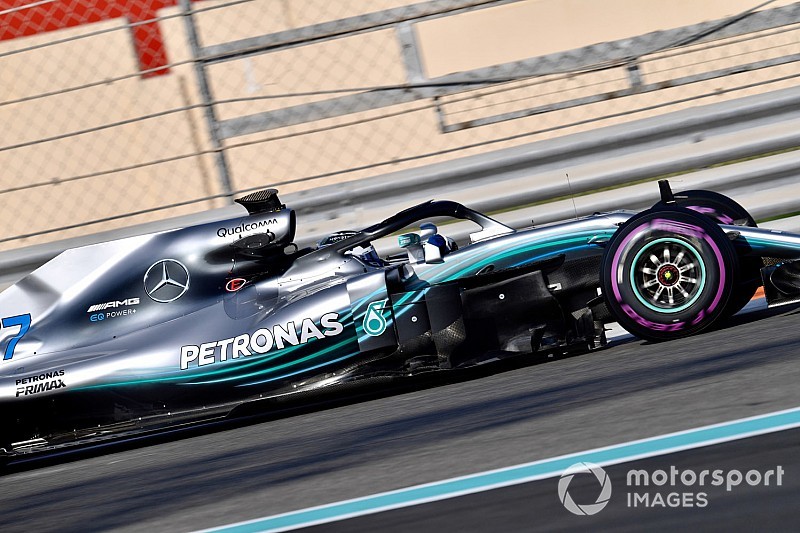 Mercedes boss Toto Wolff says his team's new engine plans for 2019 have suffered a small "setback" in not delivering the performance gains that had been hoped for.

The German car manufacturer is chasing a sixth consecutive championship double next year, but knows it is facing ever increasing pressure from rivals Ferrari and Red Bull.

In response to speculation that others had made bigger than expected steps on the power front, Wolff has revealed that Mercedes recently set itself more ambitious targets for the progress it needs to make this winter.

But he says that expected gains that he hoped would come from a new power unit concept had not come through.

Speaking at a recent conference for team sponsor Hewlett Packard Enterprise, Wolff said about the progress with the 2019 car: "These rules have been changed, normally the downforce should be less but the rumours you hear from the paddock is that people have been able to recuperate lots of that.

"There is a tremendous development race that is happening as we speak in finding downforce, reducing drag. And of course the engine is a very important part, and adding more horsepower to the engine.

"So we are setting ourselves really ambitious targets. We have actually increased the targets six weeks ago because we heard some rumours that others were doing well, so we increased the final point for the first race where we need to be in absolute lap time. We are still on the slope."

He added: "We've had some good weeks in the wind tunnel, we've had a little bit of a setback on the engine side where we believed the new concept would deliver a little bit more.

"But these guys are very ambitious like all of us and so I'm optimistic. But you will never know. We will know when the first qualifying session gets underway in Melbourne."

Why F1 teams are worried by Brexit