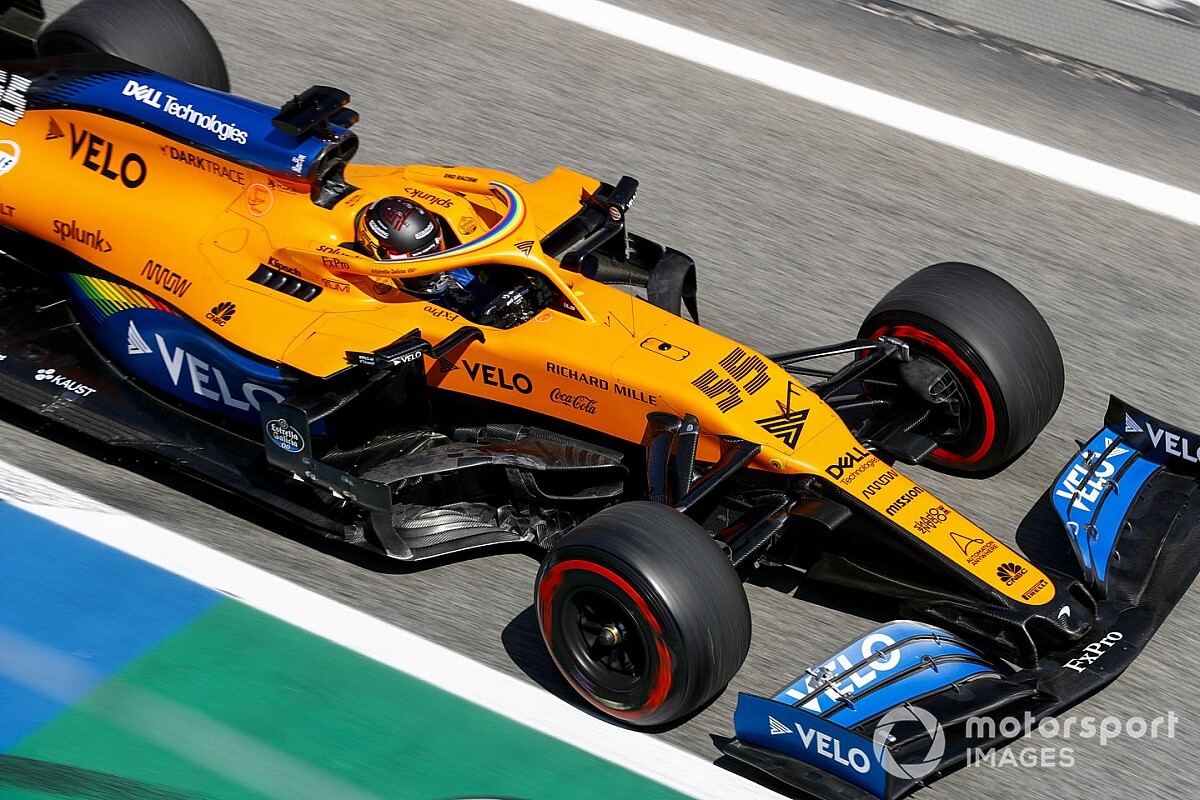 Carlos Sainz says that his McLaren Formula 1 team has to "keep digging" as it seeks a solution to a cooling problem that emerged on his car at Silverstone.

Even a complete rebuild of the MCL35 around a different monocoque has not allowed the Woking outfit to address the issue, which first cropped up on the Friday of the 70th Anniversary GP, and which has seen Sainz's car running 2-3 degrees hotter than that of teammate Lando Norris.

As at Silverstone, the team has had to compensate by opening up the cooling, at a cost to aerodynamic performance.

"At the moment, we haven't really solved the issue," said Sainz.

"We still see some discrepancies across the two cars, especially with my car obviously we're having to run still with more cooling on the car, which costs quite a lot of lap time around here.

"So still not fully into the bottom of the problem. We still need to keep searching because at the moment it's a big question mark that we haven't found. And we've changed pretty much everything on the car.

"We're starting to run out of things to try, and hopefully we can find the last thing or the main thing, which will give us a final answer, but at the moment, it's tricky."

He added: "It means that going into tomorrow we still need to do a lot of work, a lot of analysis, and see what else can we change, but we are nearly at the limit of all the things that we've changed, so we still need to keep digging and keep finding stuff."

Like other drivers, Sainz reported no tyre blistering on Friday, but he admitted that there was still a lot of work to do for the race.

"We don't see the blistering we saw in Silverstone so there's potentially a bit more scope on the tyres, a bit more margin," he noted.

"We still need to finalise the strategy to see what we can do, because at the moment, it looks like it could be a very tough race.

"The single lap pace was not that bad. The long run pace needs a lot of work because we see teams like Renault and Racing Point running quicker than us, on sustainable runs."