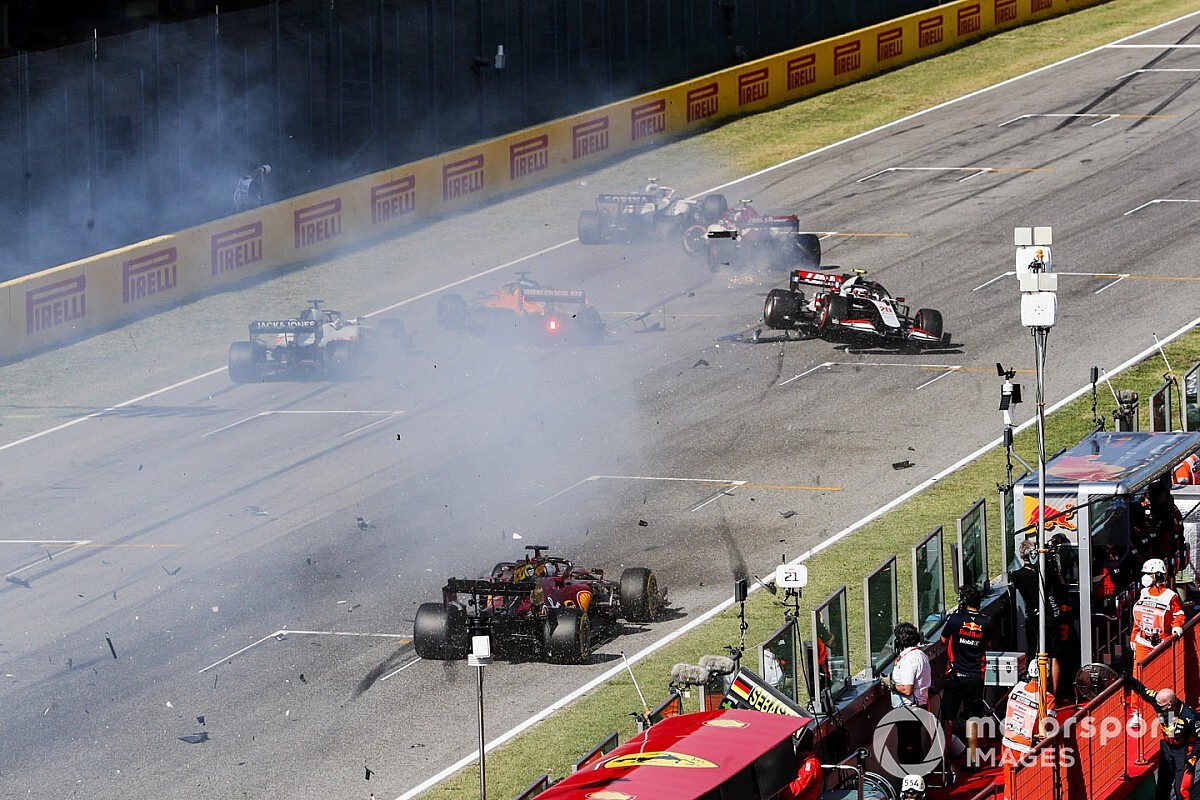 In a meeting in Sochi on Friday evening, the crash and the circumstances around it were discussed at length, with all drivers able to air their views.

The question of how late the safety car lights should be turned off before a restart was a main topic, along with the unusually late position on the pit straight in Mugello of the control line, where the race resumes.

The consensus was that it was a productive discussion, with all parties agreeing that specific circumstances played a role at Mugello.

The GPDA had previously written a letter to Masi indicating that they were keen to work with him to prevent a repeat of the accident in the future.

Carlos Sainz, Kevin Magnussen, Antonio Giovinazzi and Nicholas Latifi were all eliminated in the chain reaction accident after drivers in the second half of the field accelerated before leader Valtteri Bottas took off.

“I feel like we've addressed the main points and all the things that we had to talk about and clarify, together with other drivers and the FIA,” said Sainz. “And I think we've come to some really good conclusions.

“The FIA and the drivers will help each other to make sure we don't repeat the same situation again. So I'm actually very pleased with the conversation we all had, and the conclusions we took.

“I think there were other things that some drivers could have helped to avoid the accident. So a combination of some driver errors, and the FIA maybe helping us out with the safety car. I think the combination of those two things is going to make the situation a lot better.

“And all that keeping in mind that Mugello is a very specific track, a very special restart, and that scenario normally wouldn't repeat itself for example in Sochi.

"So it was a very special case, a very special scenario, which I feel like we all could have done a better job. We all realise how dangerous the situation was, and I'm sure everyone we try and make sure it doesn't repeat again.”

AlphaTauri’s Pierre Gasly agreed that it had been a useful debate.

“It's something we discussed for quite a while,” said the Frenchman. “I think all opinions have been heard. I think we know that Mugello was also the first time we went there with F1.

“So it was a bit of a particular situation. And probably things will be slightly different if we are to go there again. But I think everybody understood pretty much what happened. And on my side, I'm fine with what has been discussed.”

“I think we all work in the same direction,” said GPDA director Romain Grosjean.

“We are all in line with what happened and what we can do better. Michael Masi, Ross Brawn, the drivers, I think we’re all trying to find best solutions that we improve safety, but we keep a good show going on as well."

The Russian GP as it happened

Everything You Need To Know About The Imola F1 Circuit