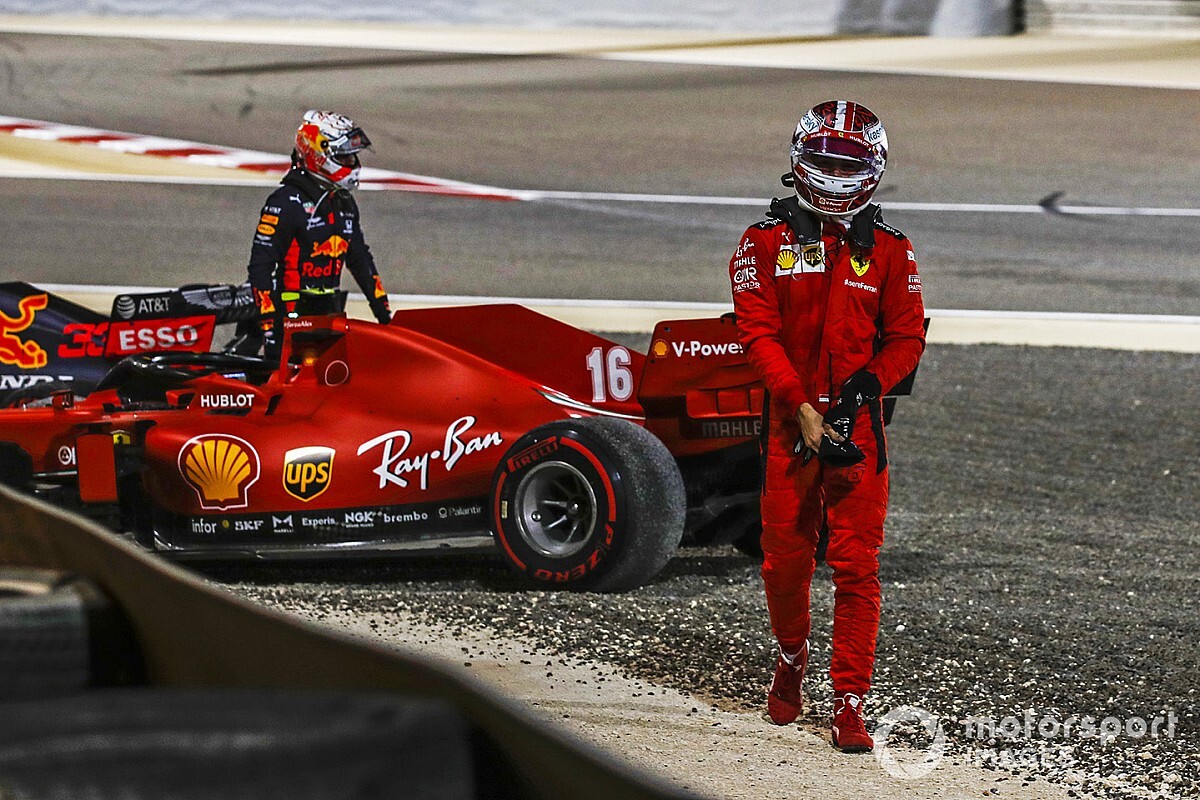 Leclerc initially hit Sergio Perez in an incident that put both himself and Max Verstappen out of the race, although the Racing Point driver was able to continue and eventually claim a sensational win.

Leclerc has been involved in several other first lap incidents this year, including one with teammate Sebastian Vettel in the Styrian GP, and another with Perez’s teammate Lance Stroll in Sochi.

Leclerc accepts the punishment for last weekend’s incident, but pointed out his first lap charges have often been fruitful this year.

“I think I didn't give much choice to the stewards basically,” he said. “Because by not finishing the race, then well, I think I had to get a penalty somehow. And the only thing that was possible for them was to penalise me for the next race.

“It's the way it is. And it's like this, I think I've gained a lot in some of the races in the first lap, which helped me to gain a lot of points this year.

“And it happens that sometimes it just doesn't go my way, which it didn't last weekend. And it didn't in Austria at the beginning of the year.

“But at the end, I've also gained a lot of points with that. And I'll try to choose the fights better, because obviously gaining a position to Max was not going to bring us anywhere in a better position, because Max was anyway quicker than us. But anyway, it's the past, I'll learn from it. And that's it.”

Verstappen said he didn’t want to talk to Leclerc about last weekend’s incident.

“I'm not interested at all,” said the Red Bull driver. “I just want to do the race here and then go home. It's what it is.

“So no point trying to just have a kind of a bitch fight, and keep going on, talking to each other. It doesn't matter. We both retired, and it's what it is.”

Verstappen admitted that he didn’t realise that there was a gravel trap behind the run-off when he ran wide while trying to avoid the spinning Perez.

“I didn't see the gravel, but I couldn't have done anything else, because if I would have just tried to brake more and try to wait for Checo to stop spinning, basically I would have probably got hit by Charles, because his wheel was hanging off.

“So there was nowhere to go, and it was just super unlucky that it was a bit of gravel, and that's why you just understeer into the wall.”