How tyre choice split could decide the Portuguese GP

A tyre choice split between Red Bull and Mercedes for the Portuguese Grand Prix has opened the way for a Formula 1 strategy thriller.

With little to choose in pace terms between the F1 title rivals at Portimao, the two teams are heading into the race on Sunday with completely different options available in their respective bids for victory.

While both squads will be starting the race on the medium tyre, it is the compound that they switch on to for their second stint that will likely see them diverge.

The impact of that could be significant if the two teams are battling each other closely in the key pit stop window phase of the race.

The soft tyre should in theory offer a greater performance, and a strategy of switching to it from around lap 26 does works out slightly faster than moving on to the hard.

However, the soft tyre has been a tricky compound to manage over the race weekend and Mercedes in particular has found it to actually be slower than the medium over single laps. There will also be uncertainty about how long it will be able to last before losing performance.

The hard tyre will be much more durable than the soft for the final stint, but it will likely be slower and could take some time to warm up. 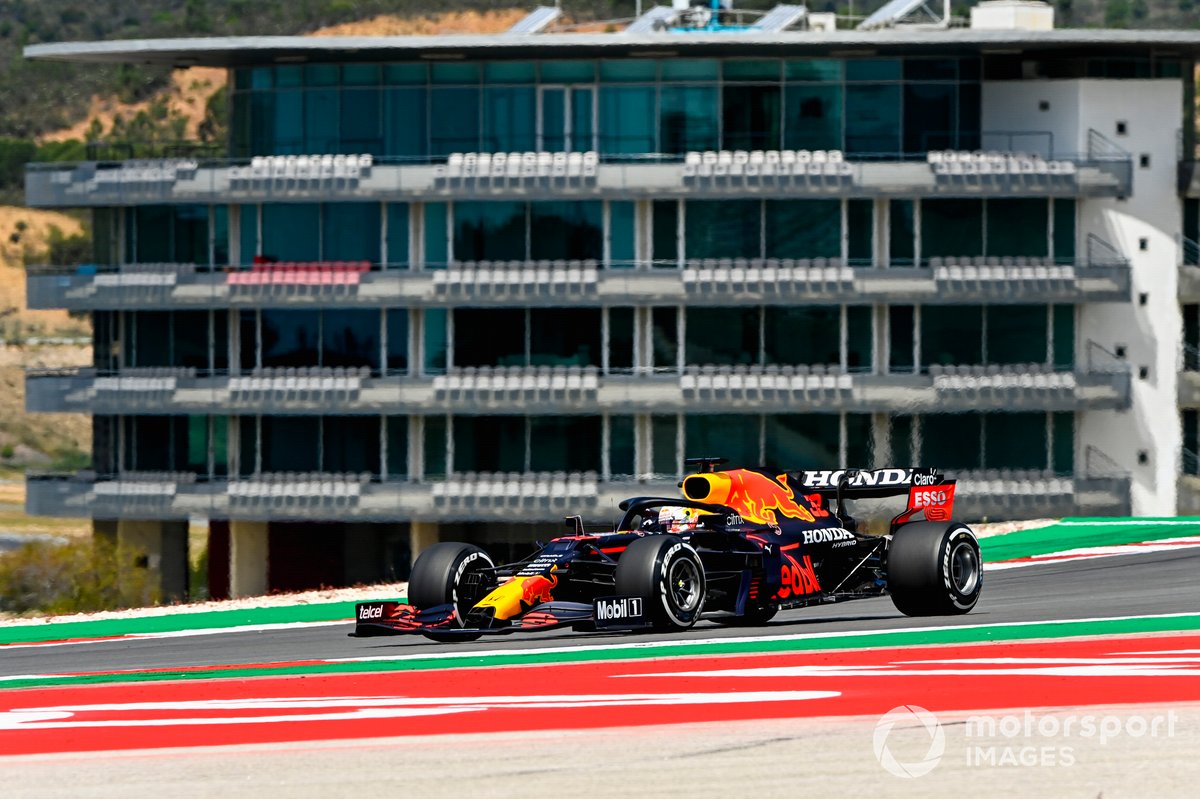 This means it may not be a good option for Red Bull to switch to if it needs to go for the undercut.

Both teams will be keeping a close eye on how the soft tyres are behaving on other cars during the early phase of the race, and it's not impossible that they could even go for a used compound set if that becomes the obvious choice for the run to the flag.

The other fascinating aspect is that the quickest theoretical strategy is to start on the soft and then move to the medium – something that most of the cars behind Mercedes and Red Bull are doing.

Ferrari sporting director Laurent Mekies reckons that the uncertainty over the right tyre strategy on the tricky Portimao track surface means he is bracing himself for an epic battle.

"We think it's going to be a huge fight between the cars starting on softs, and those starting on mediums," he said, with Ferrari having split its options between Charles Leclerc (medium) and Carlos Sainz (soft).

"It obviously looks like a one stop race but how long is the soft going to be able to go? Then you have the guys starting on medium that for sure will have a better first part of the race, but then they will probably have to fit the harder at some stage of the race.

"Then the question will become before the end: how slow is the hard compared to the guys that will now be on mediums?

"So I think it's going to be super interesting to see how that develops. Nobody has the answer. I think it will be very close between the various combinations."