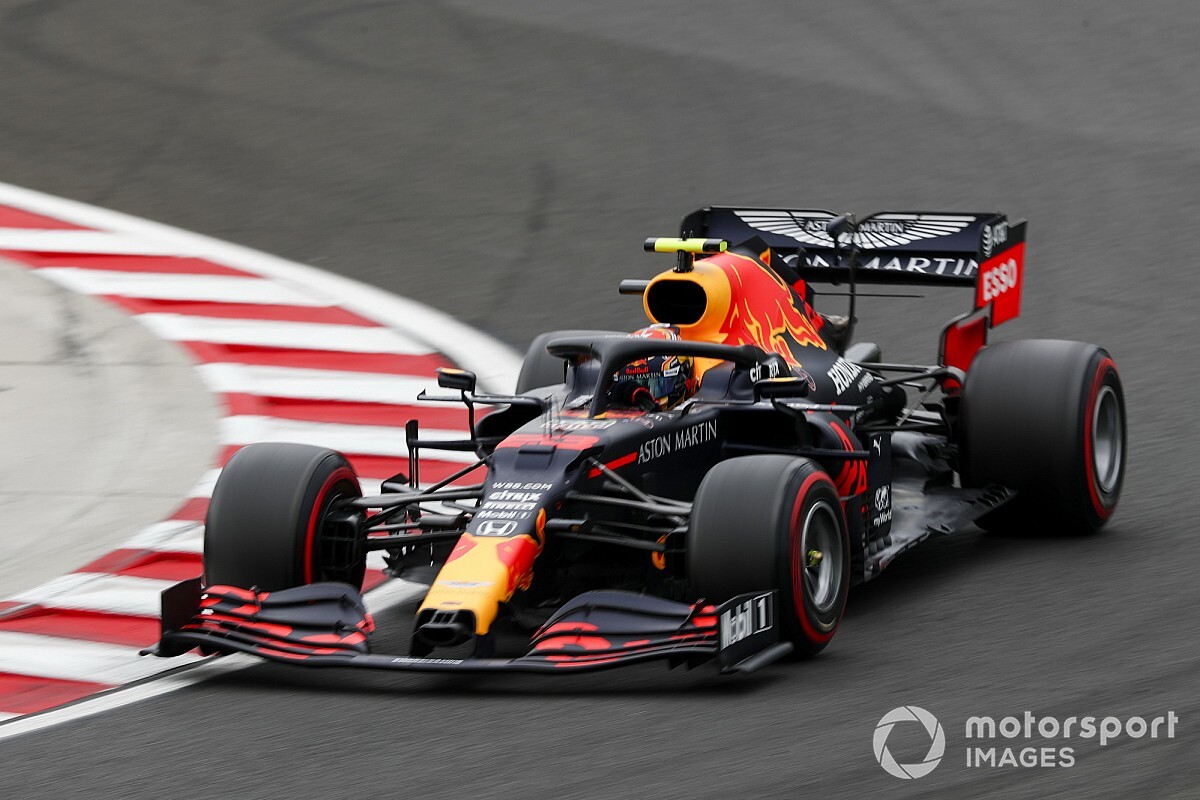 Albon finished fifth in Budapest after failing to make Q3 when caught out by a lack of running with a set-up introduced on Saturday morning.

His charge into the top five from 13th on the grid followed a solid fourth in the Styrian GP, where his first stint was compromised by tyre issues.

Inevitably, Albon has been under pressure to match the form of teammate Max Verstappen, while his clash with Lewis Hamilton in the season opening Austrian GP led to suggestions that he could have been more patient, despite the fact that the Mercedes driver was penalised.

“I’m very pleased,” said Horner when asked to rate Albon’s progress in Hungary. “I mean it's been a difficult weekend for Alex, the car spec has been changing a lot from session to session, and when you haven't got the experience, as he doesn't, that's harder to deal with.

“So I think actually in the race when he managed to find his rhythm and pace was very, very good and comparable with Max. His overtaking was strong, and against Ferraris and whoever else he was passing out there I thought he did a super job today.

“And if you look at his pace in clear air, it was pretty decent. I think we're very, very satisfied with Alex's performance today.”

Horner admitted that the team hasn’t made Albon’s life easy.

“He's had a tough start to the year in that we haven't given him a car that suited him, and Max's ability to drive around problems sometimes masks them.

“And I actually think that Alex has driven very well in the races this year, and hopefully as we improve the car, the Saturdays will improve.

“But his race craft, his race pace in in Austria last week, if you look when he was in clear in the second half of the race, and his performance in the race today, and I think he's done a great job, and I struggle to understand any criticism of him that you guys may have.

“We know we've got to tidy the car up and make life hopefully easier for the drivers and move us closer to Mercedes. They have a phenomenal car at the moment. And it's down to us close that gap and try and catch them.”

Who should decide on the future of F1?