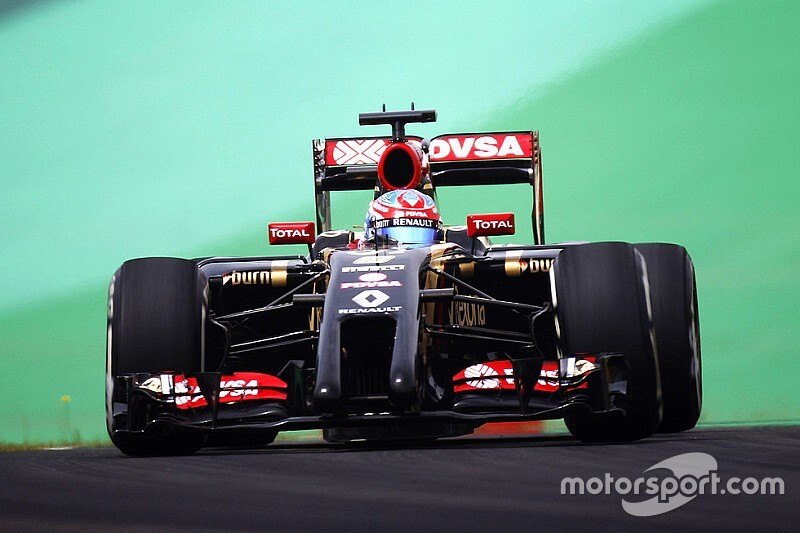 Romain Grosjean has compared Haas's current wind-tunnel correlation problems with those he experienced at Lotus in 2014.

Grosjean says that Lotus was so confident in its wind-tunnel figures that he was told that the car was a potential world championship contender in the first year of the new hybrid rules.

The Renault-powered E22 performed poorly on track and the team had a disastrous season, managing only eighth place.

Grosjean cited it as a case study of how wind-tunnel results are sometimes not replicated on track.

"Lotus 2014 was a really good example," he said. "I was told in January 2014 that the car was good enough to be world champion, which I believed at the time, happily! Obviously it was not.

"They made some really good work after that, they understood it, and that is why 2015 was much better.

"You always have a theoretical path in the wind tunnel and you can do as much as you want, but then when you put it in real life things are always a little bit different.

"Obviously it is something we are trying to understand, address and do better for the future."

Grosjean says the team is getting on top of its problems, but still doesn't know exactly was its issues are.

"The understanding is a lot more and we see what we didn't think we were seeing until Budapest time, we know much more, but we still need to find exactly which part of the car is creating the trouble.

"I don't want to blame anyone or anything that I don't understand, but we know which tunnel we are using, we know it is calibrated quite nicely and it has been winning the last three races, so it must work somehow."

The team is continuing to experiment with different spec cars, and Grosjean acknowledged that running two specs complicates race weekends.

"It is bloody hard. I think at the minute we are not expecting to be outstandingly good anywhere, so we are just taking a big testing pool and really having our eyes on next year.

"If there is any track where we actually perform better than we think, then great, we will take it and we probably won't be playing with a lot of aero set-up.

"But the number one priority at the moment is to understand which part of the car, is it the front wing, diffuser, rear wing, bargeboard, whatever, that has made the correlation just gone away."