Analysis: How FIA will clamp down on F1 engine tricks 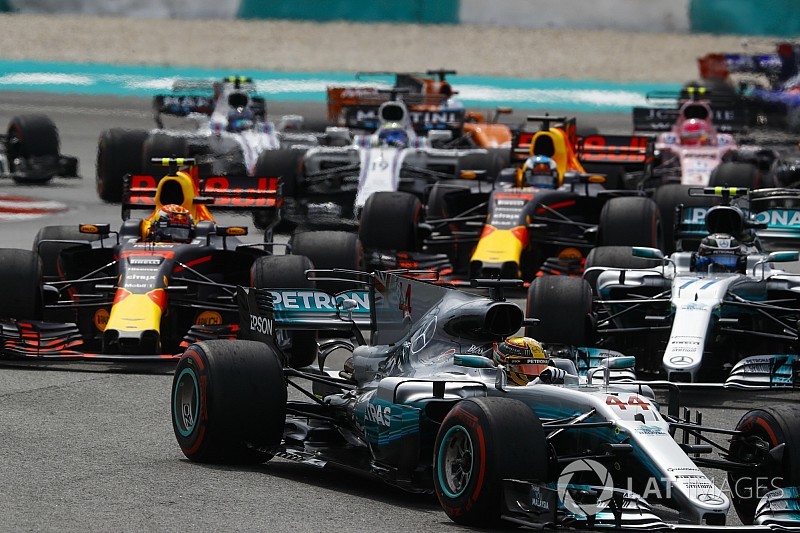 Formula 1's close fight between Ferrari and Mercedes last year inevitably meant that small details had a big influence on the outcome of races.

One of the more intriguing battlegrounds between the two manufacturers was on the engine front – with Ferrari's power unit giving the benchmark Mercedes a decent run for its money.

The intensity of that fight inevitably meant boundaries were being pushed and there was a great deal of discussion throughout the year about oil burn.

A spate of clarifications on this matter over the course of the campaign coincided with an ebb and flow of the performance of the red and silver cars - even though there was never a suggestion either of them had out-and-out broken the rules.

One of the consequences of the oil burn controversy was a push by teams and the FIA to impose new rules for 2018 to stop any grey areas of the regulations being exploited.

But intriguingly, it is not just with oil burn that changes have come on the engine rules front – because it appears that other tricks were being used in the engine department to try to help eke out performance.

Here then is a summary of the key areas where engine rules will be getting tighter in 2018. 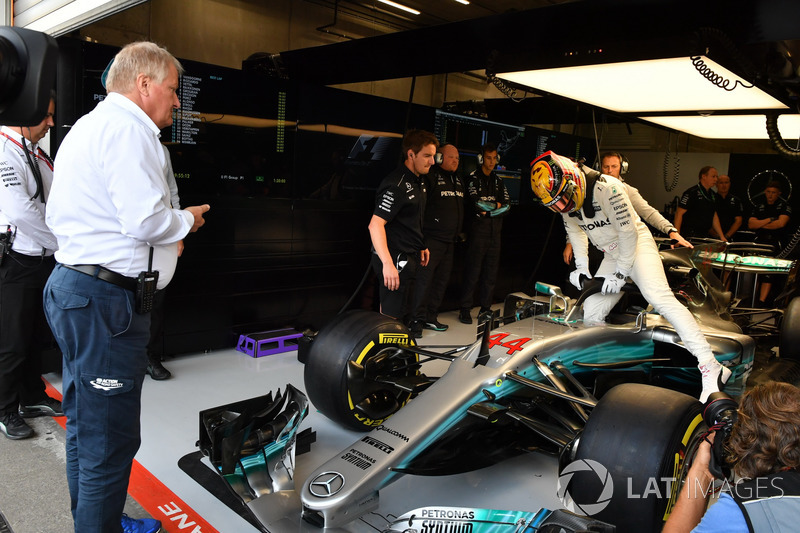 The FIA began last year a process of limiting the amount of oil that could be burned during the course of a grand prix.

To further help the FIA police matters, new regulations have also been introduced that will ensure the governing body is able to keep an extremely close eye on what teams are doing.

* A new regulation says that teams must supply the measurement of the oil level of its main tank to the FIA at all times of the event. The mass of oil contained in each oil tank, with the exception of the main oil tank, must also now be declared to the FIA one hour before the start of the race.

* Active control valves between any part of the power unit and the engine intake air will be banned.

With sump breather pipes now feeding excess oil back into the engine through the intake – rather than out of the back of the car as happened decades ago – this will prevent clever systems diverting this oil into the engine for a power boost.

* Teams will be limited to a single oil specification per engine at a given grand prix – which must be declared before the event gets underway.

This will prevent the possibility of teams using a qualifying oil specification for extra power, and switching to a different type for the race.

There are also much stricter definitions of what oil should be – with set characteristics to ensure that it is being used purely for lubrication, cleaning and cooling and not for any power boost.

Article 20.1.2 of F1's technical regulations states: "The presence of any component that cannot be rationally associated with the defined functions of the engine oil will be deemed unacceptable." 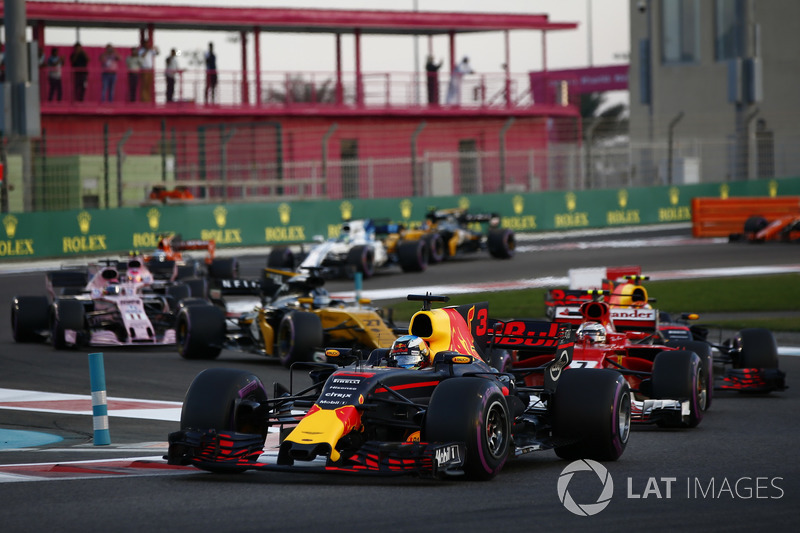 While the FIA has moved to stop teams cleverly burning oil as fuel, there is also a clampdown on the use of other fluids being used to achieve a similar power boost.

A new Article 5.1.12 of the technical regulations makes it clear that any breather fluids must exit the car at the rear, and cannot be recycled for use in the engine.

It could be that there was scope for teams to use power-boosting additives in breather fluids, that could then get put back in the system to be burned by the engine as they came back through. 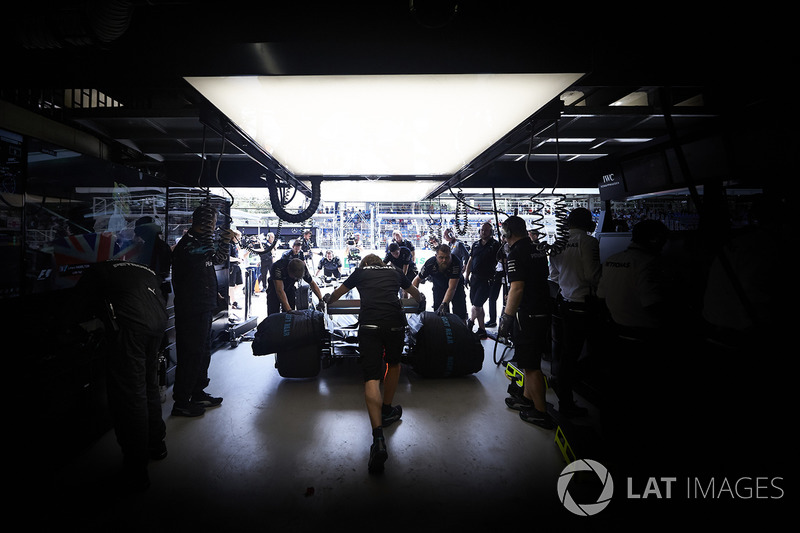 Engineers reposition a car in the garage

One particularly intriguing item that was added to the F1 rule book for this year relates to engine temperatures – and has raised some eyebrows about what teams were up to to prompt such a change.

A new article 5.6.8 of the technical regulations makes it clear that in the engine plenum air (defined officially as from plenum entry to cylinder head) temperatures must now hit a minimum target.

The rule states: "Engine plenum... air temperature must be more than ten degrees centigrade above ambient temperature. When assessing compliance, the temperature of the air will be the lap average recorded, by an FIA approved and sealed sensor located in an FIA approved location situated in the engine plenum, during every lap of the race."

While some laps will not count for this average (the first lap of the race, laps carried out behind the safety car and laps with a pit stop), it is clear that the FIA wants an overall picture of what teams are doing with the air going into engines.

The requirement for teams to keep above a minimum temperature suggests that there was scope for the air to be cooled – which would help the performance of F1's modern turbo hybrid engines.

Hotter air holds less oxygen than cooler air – which means that the turbo will have to work harder, spin faster and compress more air to produce the same amount of boost than it would get if things were cooler.

If the turbo is already at its maximum potential, then it will mean that engine performance gets reduced as the air temperature increases.

There can be other knock-on effects of warmer air too – for it can increase the temperature inside the turbo which causes a further loss of power, with things not helped as the intercooler becomes less efficient, too.

It is hard to predict right now what impact – if any – the new FIA regulations on engines will have in 2018.

Opinions were, after all, divided last year about how much the performance gap between Mercedes and Ferrari closed up and spread out as the various oil burn clarifications came out.

However, the tighter scrutiny on what teams are doing with engines should at least bring an end to a lot of suspicions and finger-pointing – until, of course, teams find another grey area to go away and chase. 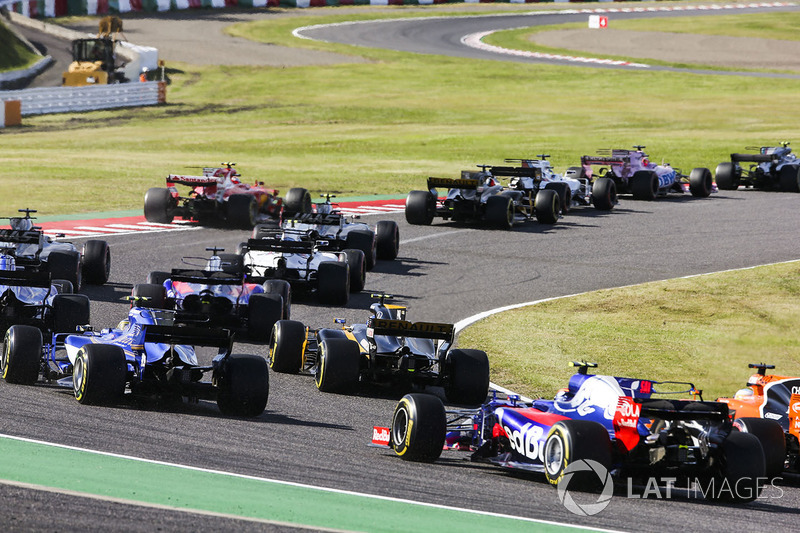 The heroism, horror and hurt of Lauda at Ferrari