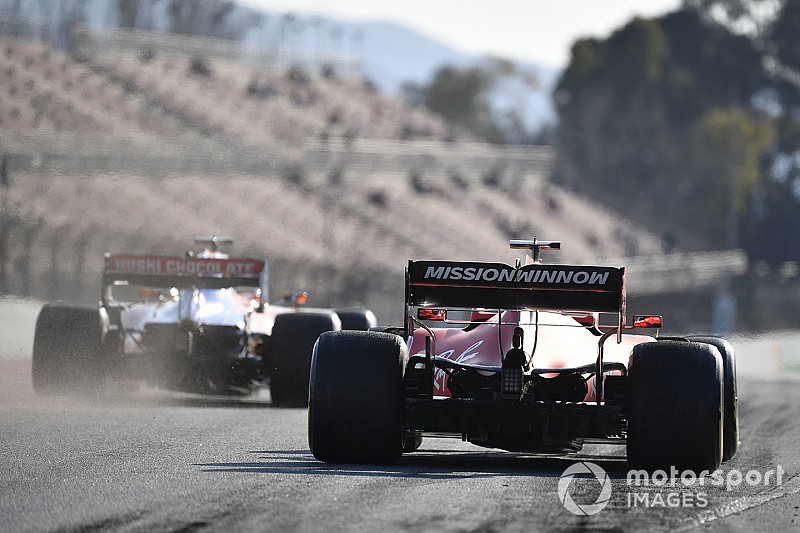 The FIA has issued an invitation to tender for a common Formula 1 gearbox cassette to be used between 2021 and 2024.

The governing body wants all competitors to share common internals but have their own “team-specific” gearbox casings on which the suspension is hung.

Apart from the tyre tender that was won last year by Pirelli, this tender is the first formal indication of a key element of the post-2021 rules package, and the fact that is the tender has been issued – with a tight deadline – indicates that the FIA and F1 are determined that it will happen.

Potential suppliers have until March 15th to make their submissions, while the FIA says a decision will be announced between April 15th and 30th.

A common cassette will represent a huge change to the way many F1 teams work. Alfa and Haas currently use a complete Ferrari gearbox package, Racing Point employs one from Mercedes, and Toro Rosso shares the same unit as sister team Red Bull Racing.

The likes of Sauber and Racing Point have not had to make a gearbox casing for many years, and currently do not have the facilities to do so. For the likes of Mercedes and Ferrari, gearbox supply is a useful revenue stream.

A team-specific casing will also by definition make it harder for partner teams to share suspension components.

While the name of gearbox specialists Xtrac has been mentioned in the paddock as an obvious leading candidate, there remains the possibility that an F1 team could win the bid and supply the whole field, just as McLaren currently supplies the common ECU.

The tender, published on Monday reads: “The aim of single source supply is to retain current levels of F1 gear change performance for all cars at a much reduced cost to the competitors while also removing the requirement for teams to design or source their own gearboxes.

“The unit can be carried over between seasons so removing the need for costly continual performance development.

“In order to retain competitor’s own freedoms for suspension and for the gearbox aero surfaces, the outer housing will remain team specific (designed and produced by the competitor) with the common, self-contained gearbox cassette mounted inside.”

The FIA says that the new gearboxes will be similar to current models, although there will be a move from the current eight gears to seven.

The tender contains some intriguing hints about the direction the rules are taking for 2021, including details of a more powerful MGU-K, which will provide 30kW more than it does at the moment.

“It is anticipated that significant effort should be applied to achieving a minimum size and weight for the unit, but it is also acknowledged that there are some factors that will make this difficult.

“Firstly, we need to achieve excellent reliability in the face of a life requirement of around 5000km. Secondly, there will be an average input speed increase of around 14% from today. Thirdly, there should be some power increase for 2021 relative to today, not just because of natural development, but also because of a 30kW increase in the MGU-K output.

“With the removal of competition, it is anticipated that some of the most complex machining saving the last few grams can be replaced with more cost effective machining.

"Despite these negative factors, best endeavours should still be applied to optimise these conflicting requirements, but as a guide, it is anticipated that the gearbox cassette will be around 1.5kg heavier than an equivalent cassette-style F1 gearbox today.”

The tender also contains another interesting hint about future plans for common parts or designs: “Although all teams will be free to design their own driveshafts, it is anticipated that as part of the 2021 technical regulations, the design of the driveshaft inner will be prescribed. The selected provider will be included in the detail definition of this interface.”

The FIA says that supply is based on a figure of four units per season, but  the detailed numbers related to mileage and usage in the tender make provision for a calendar of up to 24 races.

The tender also makes it clear that the winning supplier is expected to work with the teams on its design.

Gallery: The best photos from Day 2 of F1 testing