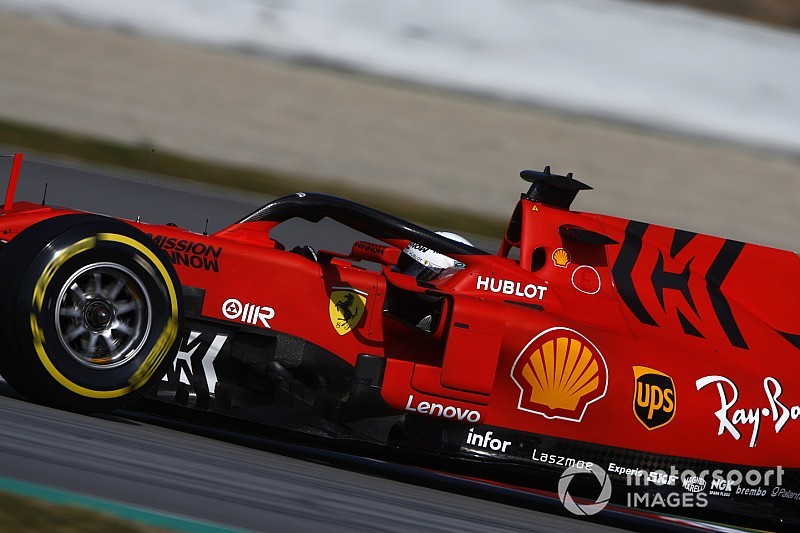 Ferrari’s fuel and oil partner Shell says a new approach in having it more closely involved in finalising chassis packaging of the SF90 should help deliver extra performance gains in 2019.

While the two companies have worked in partnership for decades, Shell has revealed that it has been active from the concept stage of this year’s car to ensure Ferrari has the most compact chassis it can.

Any gains that Ferrari can make in having a smaller fuel tank and better packaging at the rear can deliver direct benefits in terms of weight and aerodynamics.

Benoit Poulet, Shell’s F1 fuel development manager, told Motorsport.com: “With the fuel flow being the same, the framework and many of our trade offs have been kept similar.

“But the integration with the chassis has increased in the last year, and we have been integrating more and more chassis aspects and chassis trade offs to get that extra performance for the car as a complete design.”

Ferrari and Shell’s push to deliver a more compact chassis comes against the backdrop of an increase in the fuel limit for 2019 – which has jumped from 105kg to 110kg per race.

Poulet said that, while the new rules will make things easier at events where fuel consumption has been tight in the past, it has not directly impacted its product approach.

“We’ve been building this trade off between engine performance and engine efficiency,” he said. “Then, on top of that, we had this conversation six months ago on the chassis side regarding the design of the chassis.

“There will be some races where [the new fuel allowance] could allow us to benefit more, but the question all the time is, do we really need that?

“We have been working really hard with Ferrari to have a really efficient engine. So building on the same regulation with the powerunit now, we have been able to really anticipate the performance of many fuels.

"And if they have a similar performance, we would favour fuel with a higher density because, as everything [in the rules] is based on kilogrammes, that means smaller volume, so you can get your car built thinner.”

Poulet is sceptical that the new fuel allowance will lead to a dramatically different approach from teams.

“It has clearly been seen that we have the extra 5kg, which gives more additional freedom,” he explained. “But what is really important in the development is the fuel flow rate, and that value has not been changed.

“So we still have the shared technical aim, which is that efficiency is key. We have been working massively to get the most efficient fuel and engine together

“So the jump to 110kg is what I would call just an additional freedom from the operational aspect of the car.”

Ricciardo on Red Bull exit: "Perhaps the love wasn't there"