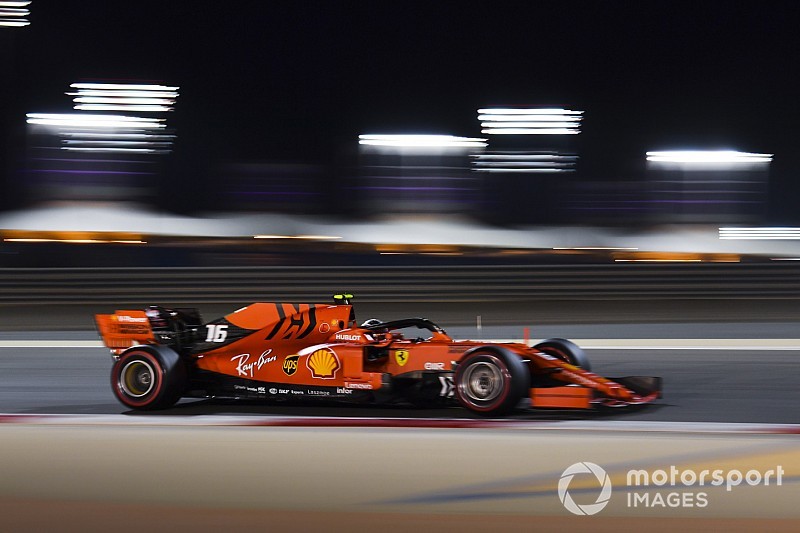 Ferrari insists its strong form in Friday practice for the Bahrain Grand Prix is "misleading" because its pace was flattered by turning up its engine modes.

After a disappointing season opener in Australia, Ferrari bounced back in Bahrain as Sebastian Vettel and Charles Leclerc comfortably topped the two practice sessions on Friday.

But while the SF90's pace looked impressive, team principal Mattia Binotto remains cautious – as he revealed that Ferrari used more powerful engine settings than its rivals.

“I think the delta you may see to the others is not too significant, and I think tomorrow it will certainly be a more tough battle,” he explained. “The others will be very strong tomorrow.

“I think it is quite obvious, and you may see the GPS data and from the speed on the straights, we were certainly pushing different engine modes compared to what the others were doing today. So I am expecting a very tough battle tomorrow.”

He added: “I think that the results of today are misleading. I’m expecting quite a different situation tomorrow in qualifying, I’m expecting our main competitors to be very strong again.

"Still we need to work on our car based on the feeling and the data we’ve got today.”

Ferrari’s decision to turn up its engine is likely related to its effort to get to the bottom of the problems that were exposed in Australia as well as check the modifications that the team has made for this weekend.

“I think we improved our situation after Australia, and this one is quite a different track,” added Binotto.

“So let’s say that we do not have at least the problems we suffered in Australia thanks to the track on one side and thanks to a modification we made. That is where we need to start from.”

Friday form guide: Why Ferrari’s practice pace might be deceptive