Formula 1 has set a bad precedent where drivers may have to ‘pull over’ and let rivals past if they now get alongside them, warns McLaren CEO Zak Brown.

In the wake of the penalty handed out to Lando Norris at last weekend’s Austrian Grand Prix, Brown fears that it has opened up a world where hard racing is no longer allowed.

And he especially fears that if Norris had to give way to Perez simply because the Mexican had got alongside him on the entry to the corner, then it completely changes the rules of engagement.

Speaking in an exclusive interview with Motorsport.tv, Brown said: “The alternative now is you've set the precedent for all you have to do is get up alongside someone, and then they've got to pull over for you. And I think that will become very difficult to go racing that way.”

Brown said he still does not understand why Norris was deemed to acted in an unfair manner in the incident, and says he has not found many drivers who agree with the FIA stance.

“I thought it was nonsense,” he said. “I think ever since I've been in motor racing, which is about 35 years now, when you go to make a pass on the outside, certainly on an opening lap, I think it's ‘passer be aware’.

“For 50 years, it's been great wheel to wheel racing. But you put yourself at risk of potentially running out of room on the exit.

“I thought it was great, firm, hard racing. And I think sometimes, we need to let the drivers race. We need to make sure they're doing safe stuff and they are driving within the limits. 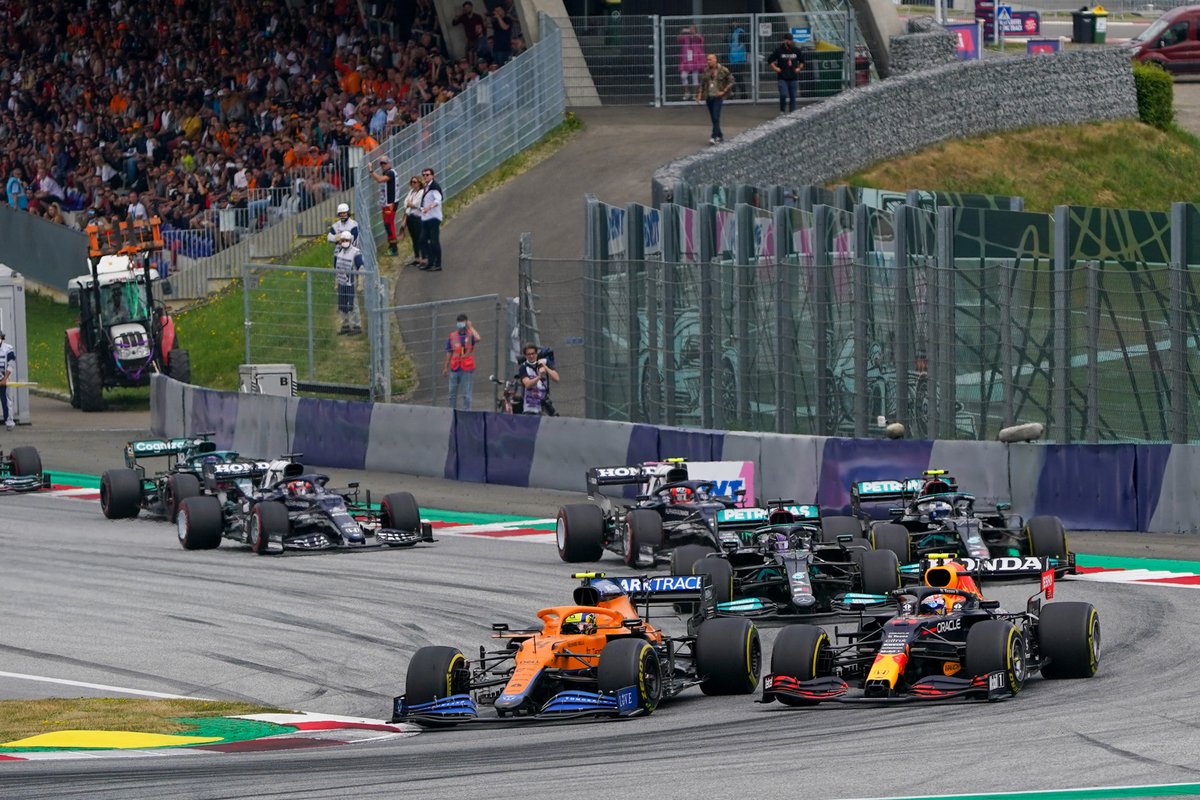 “But from everyone I've spoken with, I don't think there's a race car driver in the world that didn't think that was just good clean racing. And if you're going to make a pass on the outside, or try, you run that risk.”

Brown thinks that there has been a creeping over-regulation of racing in recent years which is doing nothing to add to the spectacle.

“Motor racing has been around a long time and we haven't had these penalties until recently,” he explained.

“From what I remember of my years growing up following F1, and all sorts of motor racing, the racing has been great, it's been hard, you've had incidents.

"But you know, these five second penalties because you didn't give someone enough room, these didn't exist 5/10/15 years ago, and the racing was just fine. So I'm not sure why we've had to kind of over regulate the on-track activity.

"Certainly if someone's doing something dangerous [it is justified], but I certainly didn't consider that move dangerous at all. That was just good racing.”

Brown's comments on the Norris incident come as part of a major interview he has given to Motorsport.tv on McLaren's F1 season, plus its involvement in IndyCar, and Extreme E.

NASCAR Clash at the L.A. Coliseum: Entry list, how to watch, schedule & more