Carlos Sainz hopes that Formula 1’s 2022 rules live up to the hype and put more power back in the hands of drivers. 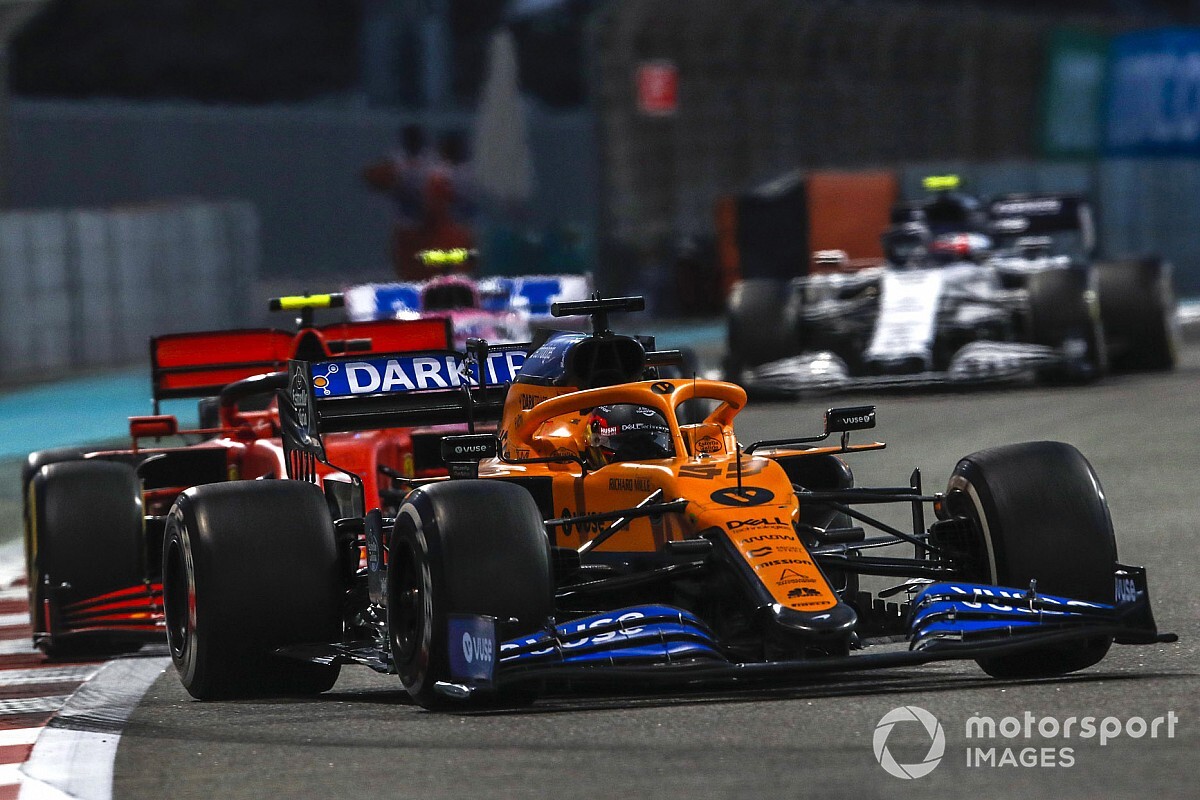 F1 is preparing all-new rules from 2022, with it hoped that ground effect machinery will improve the racing by allowing cars to follow each other more closely.

As well as that, a raft of new financial arrangement, including a cost cap and more equitable prize money distribution, should help close the grid up.

Sainz says one of F1’s current weaknesses is that the performance of cars is too spread out, so the influence of driver talent is not fully exposed. That is why he hopes that when the 2022 changes come into effect, they will better allow the top drivers to show off their skills.

“What I wish is that Formula 1 in the future has a closer grid, in order to allow the driver to create more of a difference,” he said.

“As you arrive to F1, you very quickly realise it's very difficult to beat any guy who has a car that is three tenths quicker than you, because you as a driver, you're fighting for the last two tenths with your teammate. That's been the case with all my teammates, you're just two tenths up or two tenths down.

“But then when someone outqualifies you by 1.5 seconds, then you know that you are not really competing with him. I wish that we can close the group up together. I think FOM, Liberty, and the FIA have done a very good job with the 2022 regulations, and they've given that a chance.

“So hopefully that happens, and the sport becomes a bit more human dependent in terms of driving, and less machinery dependent. I think the sport can be a lot closer, a lot more fun. That will create a greater audience, and I think it will be better for everyone."

The difficulties that the current high downforce cars have in following each other was laid bare at the season finale in Abu Dhabi, which produced very little action.

Immediately after the race, world champion Lewis Hamilton expressed his hope that the 2022 rules deliver exactly what F1 chiefs have billed.

“I really hope and pray in 2022 the cars are better to follow, because I don’t know, it felt like a boring race to watch,” he said.

“As soon as you get within three seconds of someone you are just sliding around and you’re in turbulence the whole time. I really hope that what Ross [Brawn] has proposed really makes a difference. We just need good tyres.”

Perez's Mercedes knowledge a factor in Red Bull signing him