Why F1 needs to change its approach to gaming

Formula 1 should overcome the political resistance from the teams about licencing and embrace a new era of gaming if it wants to attract new followers the way other sports are doing, says Jonathan Noble.

Bernie Ecclestone once infamously said that he didn't see the need for F1 to win over the 'young generation' because they hadn't got the money to buy Rolex watches. But the reality is that every sport needs to attract new followers if it is to prosper long term.

Getting youngsters hooked on a sport ensures you have your audience of the future. But in an era where F1 has been pushing itself behind TV paywalls, and is only now playing catch up on social media, there had been concerns that grand prix racing wasn't doing what it needed to bring those new fans in.

It's something new owners Liberty Media have been keen to address (which is why there has been a social media explosion), but there is perhaps one area where F1 really needs to take things to the next level: gaming. 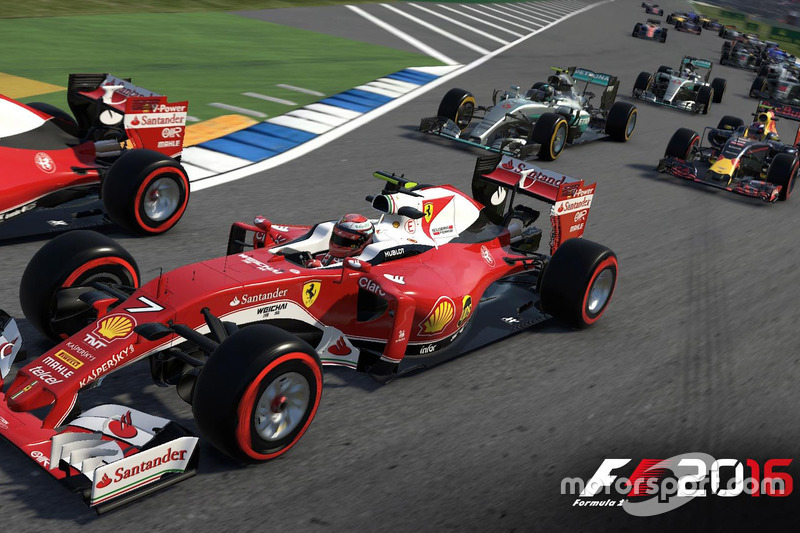 For a host of sports have found out that rather than kids getting their first experience by being taken to events by their parents, or stumbling across footage on YouTube, the first touch-point for many now is playing games.

The growing popularity of soccer in the United States, for example, has been helped by a growth in the FIFA football franchise on consoles and PCs. Oft-quoted surveys suggest that over a third of people who bought FIFA became active soccer fans after playing the game – with half actually becoming more interested in the game.

It has been the same story for American Football – where the new generation of the sport's followers have been helped by the Electronic Arts franchise Madden NFL.

As EA's ex-chief competition officer Peter Moore once famously told ESPN: "The National Football League will tell you that there's been no greater tool to consistently make young football fans than Madden."

F1 does not find itself outside of this phenomenon either. The results of Motorsport.com's Global F1 Fan Survey 2017 showed that more than 50 percent of respondents regularly played computer games – and that figures grows to 80 percent among 16-24 year-olds.

A vast majority of these play their games on consoles and perhaps most encouragingly for F1, the officially licenced F1 game has come out as the most popular – ahead of Gran Turismo and Need for Speed. 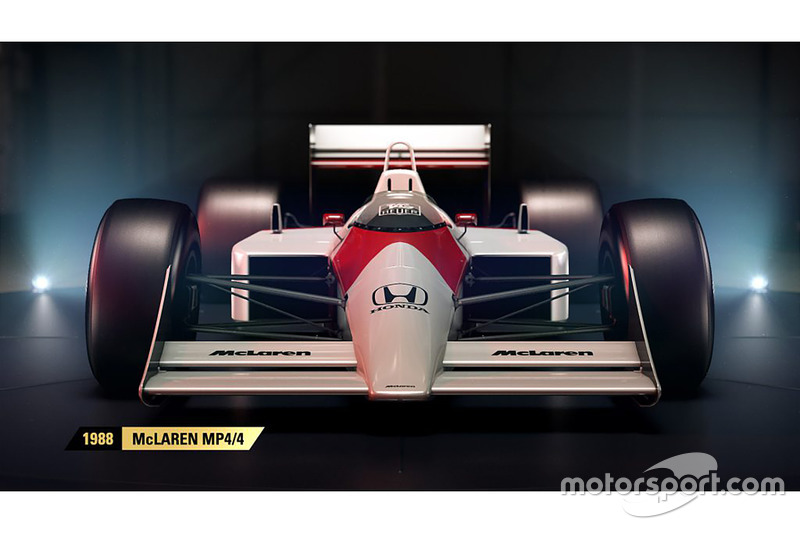 But, while F1 has has had its own long history of an official F1 game, for too long the impression has been that this was more about a money-making exercise for the sport rather than an effort to do it all can to use it as a tool to actively embrace the new generation.

F1 2016 is acknowledged to be the best grand prix game there has been since Codemasters took over the licence , F1 2017 promises to take things even further, and has added the chance to try out famous cars from the past.

But while the official licence brings a lot of positives in using teams, tracks and drivers, on the flipside is that there are certain restrictions that limit the game's potential - like unrealistic damage models and, perhaps the biggest angst among fans, the inability of drivers to switch teams.

Such a fantasy element is one of the reasons the FIFA and Madden franchises do consistently so well, because imagination, and fan loyalty, knows no limits.

Where F1 has really been missing out though is in tapping into the booming eSports business, which is predicted to be a $2 billion industry by 2020 and one that attracts around 500 million viewers per year.

F1 has no official gaming league, and many competitions between fans are left to individuals on forums to sort out.

Even in other racing games – like rFactor and iRacing – the recent talk has been of F1 trying to clamp down on the unofficial mods that prove so popular because they do not have an official licence. 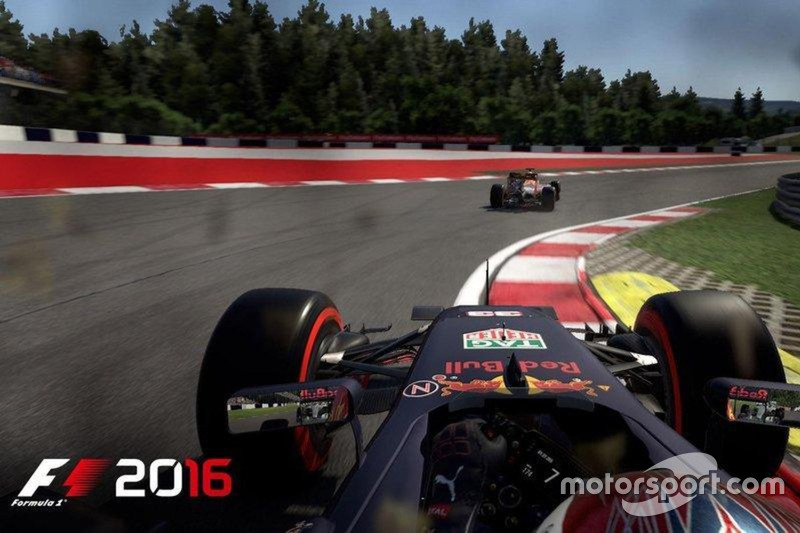 iRacing's own top-tier single seater category does have a licence to run a 2015 McLaren MP4-30, but it is very much an eSports series without official sanction - called simply the 'iRacing World Championship Grand Prix Series'.

Other sports have woken up much earlier to the eSports boom. NFL gamers compete for the ultimate accolade in the Madden Bowl – which has a prize pool of $250,000. Most NBA teams are now committed to setting up a franchise around eSports and competitive gaming.

And if you think that competitive gaming and eSports is small fry to the wider world, think again. The ESL One Cologne eSports event last year attracted 14,000 people on each event day – resulting in video content across a host of platforms, including You Tube, Twitch, Azubu, Hitbox and Yahoo, with views that many real sports would die for.

In fact, it delivered 31 million hours of footage overall – which had 40 million impressions. This popularity is not something that big brands can ignore.

All of motor racing, and especially F1, has a great opportunity in this area. Certainly worldwide racing game sales are high enough to justify a concerted effort on this front.

The Gran Turismo franchise, which is now 20 years old, has sold 77 million copies in its lifetime; Forza Motorsport is now a billion dollar franchise, while Project Cars has sold two million copies. But ahead of the pack by a long-way is the mobile game, Real Racing 3 - which has had a staggering 300 million downloads.

It is clear there are big opportunities to tap into this market. Formula E trialled its own E-gaming event at Las Vegas earlier this year, and McLaren is being bold in its World's Fastest Gamer competition – where the prize will be a one-year contract to be an official simulator driver.

For McLaren executive director Zak Brown, the World's Fastest Gamer is a toe-in-the-water exercise in to the eSports arena and has been pushed along thanks to a new sponsorship deal with Logitech.

He is well aware about how important gaming has become though, and he offers an interesting perspective of how gaming could have a formal place on the motor racing ladder.

"We are one of the few sports where you are not going to do it at school, it is expensive – and a lot of people who want to get the opportunity cannot do it," he explained.

"I see can gaming becoming the ultimate grass roots of motorsport, because it is wide and deep and everyone can afford it. That will then build a bigger foundation for motorsports." 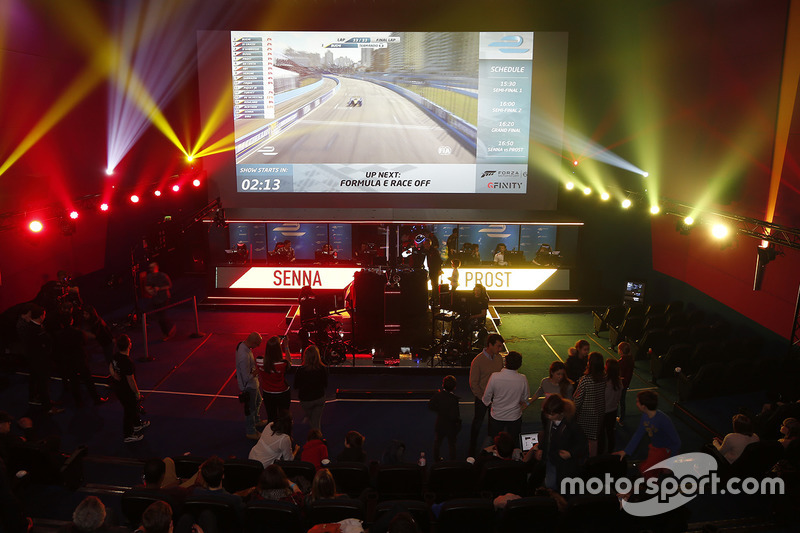 Building that foundation should be viewed as a priority for F1's new owners, for it can deliver a huge captive audience that can be turned into proper racing fans.

Darren Cox, the original mastermind behind Gran Turismo's GT Academy and whose consultancy IDEAS + CARS is helping with McLaren's World's Fastest Gamer contest, said that the scale of numbers of people playing racing games is overlooked too easily.

"I was at Le Mans once, with the head of Real Racing 3's studio and on Sunday at 9am, he had his data [on the game] out on his phone," Cox explained.

"There were three million people playing his game at that moment – and it was a Le Mans download. Suddenly more people are gaming than watching the real race – and no one talks about it."

Covert a percentage of those into fans who will tune in to watch your category or buy your merchandise, and that's a good boost for any business.

Cox added: "One of the racing forums did a survey recently and one response stood out to me – it was, how did you come to be involved in motorsport? 78 percent said that they were fans of motorsport because of gaming, not the other way around."

In years to come then, perhaps F1 will push on to ensure that its official game is the best of the best out there, even if it means overcoming of the political resistance from the teams about aspects of the licence.

Perhaps too we will have an official F1 gaming league that attracts the world's fastest gamers, played out in front of huge audiences and attracting the kind of audiences that rivals the real grands prix themselves?

And maybe teams like McLaren could actually go out and buy their own teams to enter these categories, building up an entirely new fanbase for the future.

Brown adds on that point: "I wouldn't rule that out. I have probably pushed the envelope in terms of how much my bosses will accept additional racing, but in the future absolutely.

"I don't see how any F1 team can now ignore the power of eSports, the audience, or the people it produces." 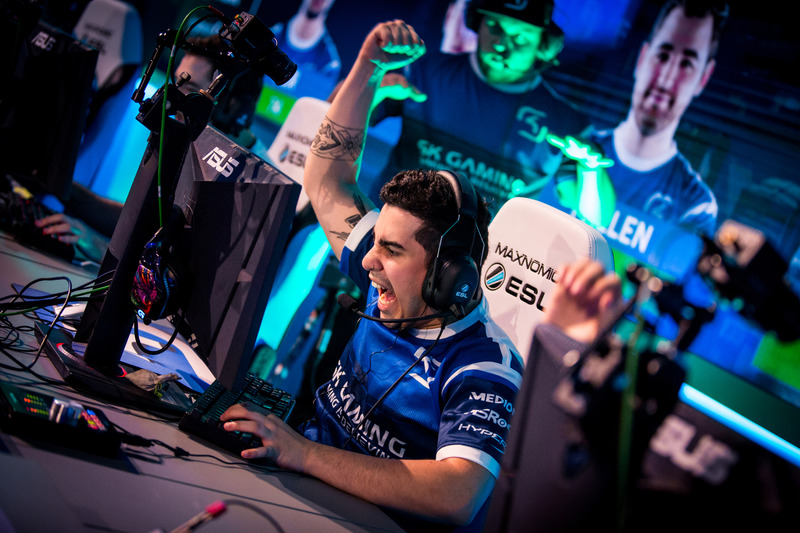