McLaren: DRS will be necessary but "less influential" in 2022

McLaren technical director James Key believes that DRS will have less of an influence when Formula 1’s new technical regulations come into force in 2022. 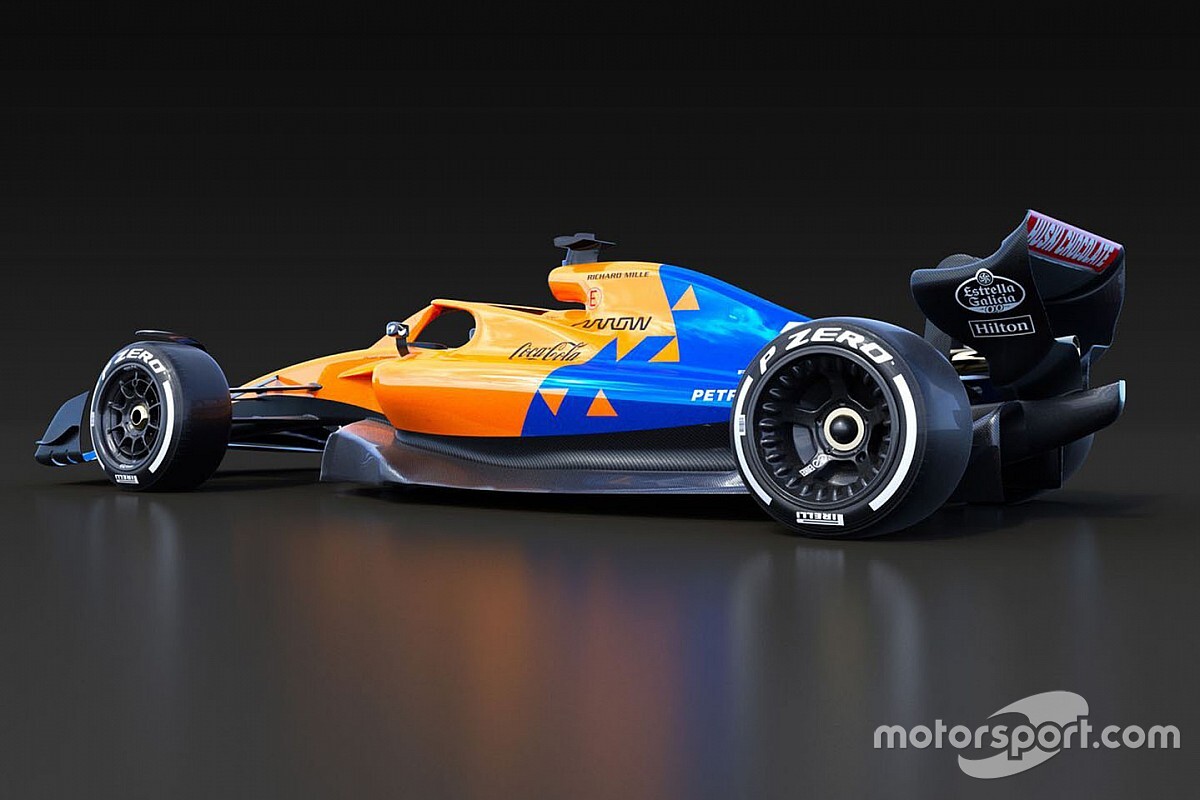 The rules are focussed on a new aerodynamic package which is intended to make it easier to follow the car ahead, thus increasing overtaking opportunities.

Key says that DRS will still play a role in overtaking, but it will less powerful.

“I think if the plans work, it will be less influential,” said Key. “I think it will still be necessary. Overtaking is really what these regs are based around, ultimately.

“But what you find is that it’s not just cars, it’s also circuit-led as well. F1 cars are so quick around tracks, there’s only a few opportunities where you can get some kind of differential in performance good enough to overtake.

“Obviously braking is the primary one, and that is where DRS helps. You look at some tracks, Spa maybe, where overtaking is possible in a number of places, and Bahrain is very similar. You do see it happening, it’s not like it’s impossible.

“I think what the new regs will encourage is closer racing at some of the more tricky tracks, so you take Silverstone or Suzuka, maybe Hungary even, where it’s difficult to follow, and if you can get that to work, you can close up, you can generally race in situ instead of having to wait for a straight.

“But the DRS will probably still play a role in making sure you can guarantee an overtake as it stands. Its authority would be less, I tend to agree with that.”

Although the package of rule changes means that a lot of specific current data won’t be relevant with the 2022 aero package – for example concerning bargeboards – Key says there’s much to be carried over in terms of general approach.

“There’s various types of knowledge,” he said. “Obviously, pure aerodynamic knowledge in terms of the details of how these things work, it’s not really relevant at all.

“But what you’re trying to achieve by using those devices that we have freedom on now is exactly what you want to achieve in ’22, you’ve just got to find different ways to do it.

“So the kind of understanding of how the ideal aero would work around the car, for example, which is easy to derive and very difficult to do, still stands for ’22.

“You’re going to have the same aerodynamic problems, the same limitations, probably very similar sensitivities that you have to deal with as well. So you’ve got to refresh your aerodynamic knowledge in that respect, but the knowledge you supply to it in terms of what you’re trying to achieve is actually quite similar to what we know now.

“It’s a case of adaption in terms of knowledge, what we’re trying to achieve, and it’s very much a fresh start in terms of aerodynamic knowledge of what does what.”

How Lewis Hamilton can win the 2020 F1 title in Turkey