Formula 1 drivers will have their first proper taste of Pirelli’s 2021 tyres when they run them across both practice sessions in Bahrain on Friday. 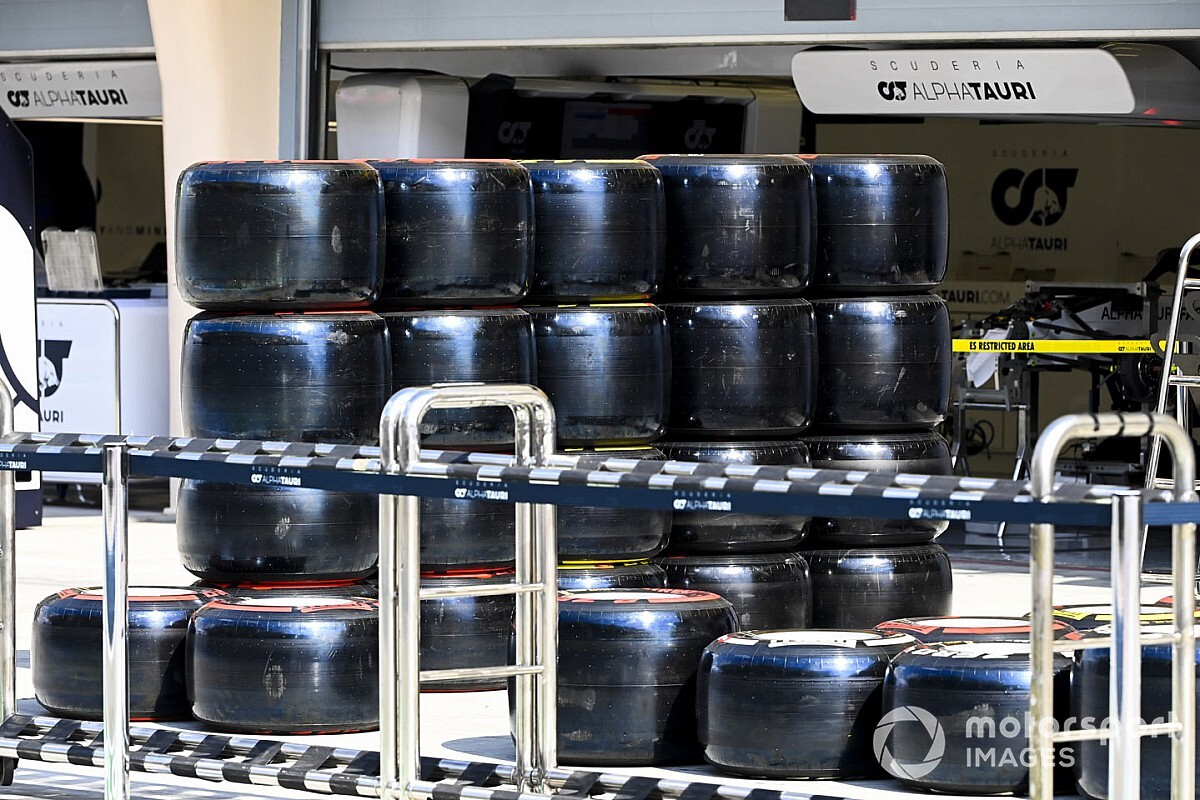 It was originally agreed that the current 2019-spec tyres would be used unchanged in 2021, but following the issues seen at Silverstone Pirelli pushed ahead with efforts to create a tyre that could deal with increasing downforce levels.

All drivers tested examples from a range of prototypes in FP2 in a “blind test” in Portugal last month.

Different versions were supplied across the 10 teams, and after studying the results Pirelli chose what it believes is the optimum construction. That was duly approved and homologated by the FIA.

After the Portimao test it was agreed that all teams would have the same opportunity to test the definitive new tyres at the Bahrain and Abu Dhabi GPs.

One intriguing aspect is that teams and drivers don’t know if the tyres they ran in Portugal were of the construction eventually chosen by Pirelli. Lewis Hamilton has indicated that he wasn’t happy with the version he tried.

“If it is the same tyre we drove in Portimao then I'm a bit worried,” the world champion noted on Thursday. “Maybe tomorrow we'll be surprised and it's a really good tyre. I hope so.”

Pirelli has confirmed details of how the test programme will work. Hitherto in the 2020 rules prototype tyre testing has been allocated to FP2, but the sporting regulations have been tweaked to allow it to take place in both Friday sessions.

Each driver has been allocated two sets of the 2021 C3 tyre, and each set must be run for at least six laps. In addition, at least one of the sets must be used in FP2, when more rubber will be down on the track.

Teams thus have the opportunity to spread the workload across the two sessions or run both sets in FP2.

The mandated tyre pressures also indicate that Pirelli has achieved its goal of creating a more robust tyre that allows teams to run lower pressures. For the Bahrain test the minimum will be 21psi at the front (1.5 less than the standard 2020 tyres) and 20.5 psi at the rear (0.5 less).

The programme will continue at Abu Dhabi, where each driver will have a single set of the C4 compound, which will have to be run for at least eight laps in FP2.

Only the constructions have been changed, and compounds remain the same.

In creating the new tyres Pirelli faced the limitation of not being able to make a wider shoulder at the rear, because teams would not have been able to test it with their 2020 cars without the risk of sustaining floor damage.

“There is a slightly different front profile,” said Pirelli boss Mario Isola. “With the rear we decided to keep the same profile because of the floor and all the issues that we can have when we fit a different profile.

“The difference is not huge – we are going to validate a construction that is not a completely different product compared to this year, but in terms of integrity, the result we had from indoor testing was quite promising.”