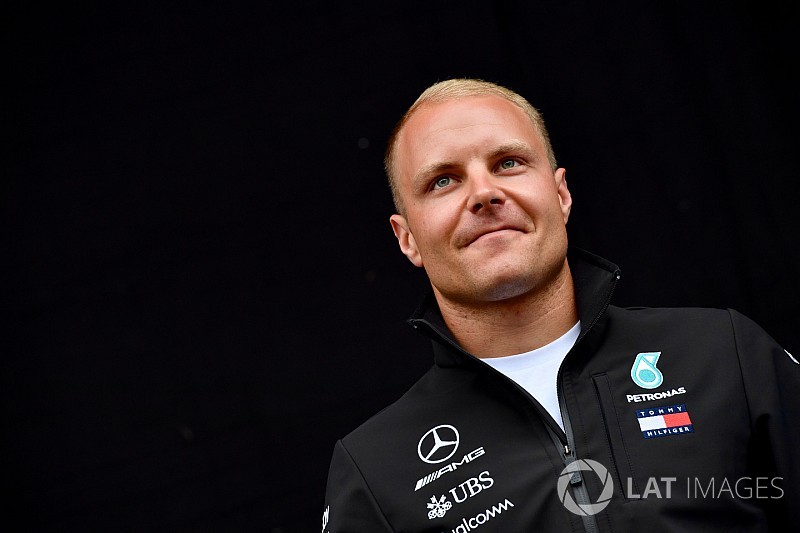 Mercedes F1 team has confirmed that Valtteri Bottas will remain with the squad until at least the end of next season, with a fresh one-plus-one contract.

The news comes just a day after the announcement of Lewis Hamilton’s two-year extension, and gives the team valuable continuity until the final season of the current rules package.

Mercedes team principal Toto Wolff made no secret of the fact that he has kept an eye on the driver market and explored other options, with Daniel Ricciardo the most obvious potential candidate.

However, despite bad luck having disguised Bottas' potential as a title contender this year, he's done enough to be handed a new contract for next season with an option for 2020.

"I'm really pleased. I love working with this team, I love the team spirit, the atmosphere in the team and everyone is pushing so hard for the results.

"I will keep doing all my best to achieve those results, I will give 100 per cent as always, so I am really please to stay with the team. I am very happy."

Wolff added: "We are very pleased to extend Valtteri's contract with Mercedes for another season at least - and to be able to confirm an unchanged driver line-up for 2019, ahead of our home race in Hockenheim.

"Valtteri's performances have been excellent this season and, if not for our mistakes and his misfortune, he could be leading the drivers' championship at the moment.

"When we took the decision in favour of Valtteri for 2019, it wasn't just about his undoubted speed and work ethic, but also a question of character.

"His relationship with the team, including Lewis, is open and trusting, without any politics at all."

On Thursday Bottas revealed that negotiations had only recently become serious, and that he had not been concerned about looking elsewhere.

“For me there's been no panicking to try and go anywhere, because once you're down four or five races of the year, it still feels like quite early in the season, but suddenly the time goes very quick, and you realise it's halfway, and it's better to get things sorted," said the Finn.

"That's normally when the discussions start.

“All that matters is the team knows exactly how I perform, what I can do in the car, what kind of results I can do, and that I can battle with Lewis.

"That's all the matters to the team, the pure performance, and also what matters to me.”

Five of the best: Rainer Schlegelmilch on legends of F1