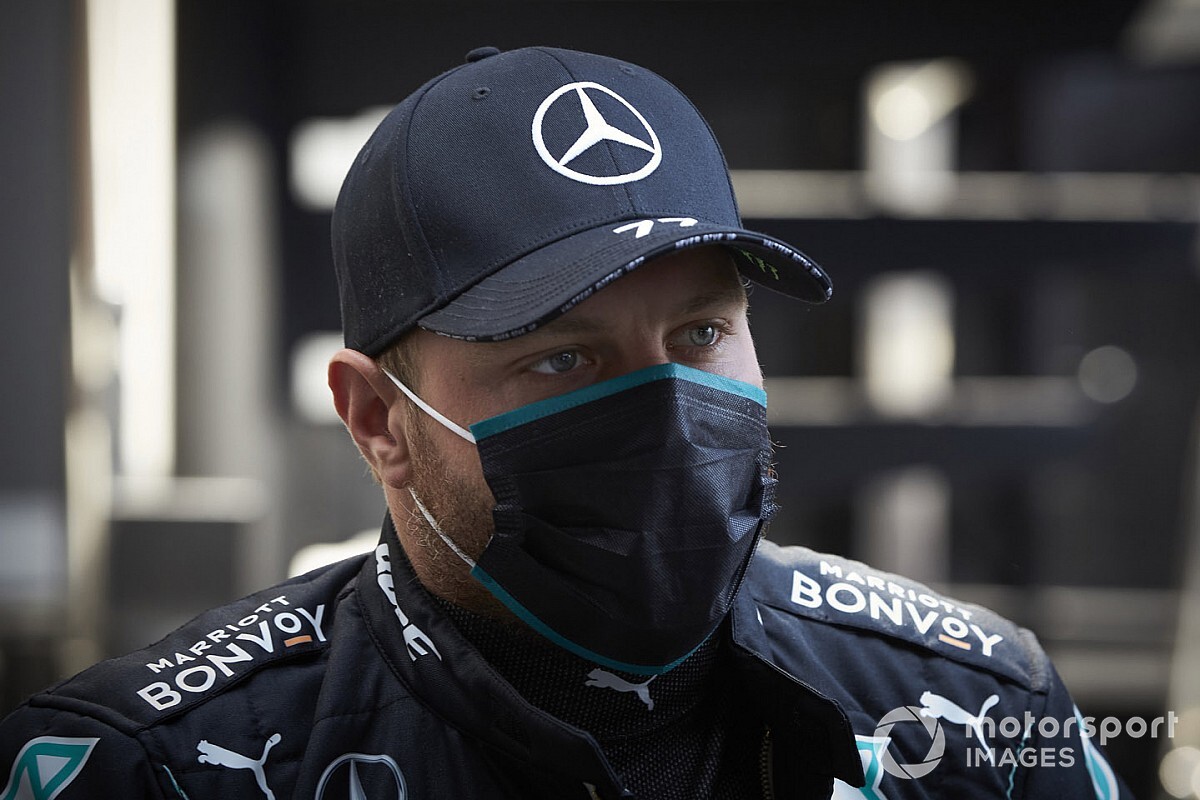 Valtteri Bottas says he lost three kilos during the Spanish GP and believes that the black overalls adopted by Mercedes for the 2020 Formula 1 season played a role.

Early in the Barcelona race Bottas was heard telling his engineer on the radio “these black overalls are f**cking hot.”

The move from white to black overalls was part of a pre-season rebranding exercise that saw the team also switch its car from traditional silver livery to black as part of its ongoing diversity message.

“It was really hot in the car,” Bottas said after the race. “This year, it's been even hotter in the car. Obviously, we had to change the colour of the overalls. And it's known that black colour takes more of the heat, especially when there's direct sun.

“I don't know any number or facts, how much actually black versus white is in terms of temperature difference, but this year, it's been really hot in the car. And also there's a new homologation this year for the overalls, so they are thicker, and the underwear is thicker, so I don't know how much effect that has.

“It was just so hot so I said, ‘Guys, you know that these overalls are way too hot.’ And for sure, white would be cooler in terms of temperature and today for example I lost three kilos in the race, which is quite a lot.

“And that's where it can start to affect performance. I know that from all drivers I'm one of the fittest if not the fittest, so I can take it, but it's never comfortable and there's always things that we can improve.”

Before the season there was speculation that the dark colour would have an impact on the cooling of the car, and Mercedes boss Toto Wolff acknowledged that the team had kept an eye on any potential issues.

“At the end, the messaging and the marketing is very important, but if performance is being harmed, that’s obviously not great,” he said.

However after the first race in Austria strategy director James Vowles denied that there was any impact.

“Inside the engine cover there’s actually a silver lining, a heat resistant lining, and that is in place irrespective of the outside colour,” said Vowles.

“But we can’t see any difference on our radiator temperatures or other temperatures of core systems within the car as the result of the paint colour externally.

“There’s a little bit more reflection that should exist really with a lighter colour, but the reality is, it has negligible effects or no effects on our system temperatures.”