Binotto: Ferrari's Spa woes not just down to engine 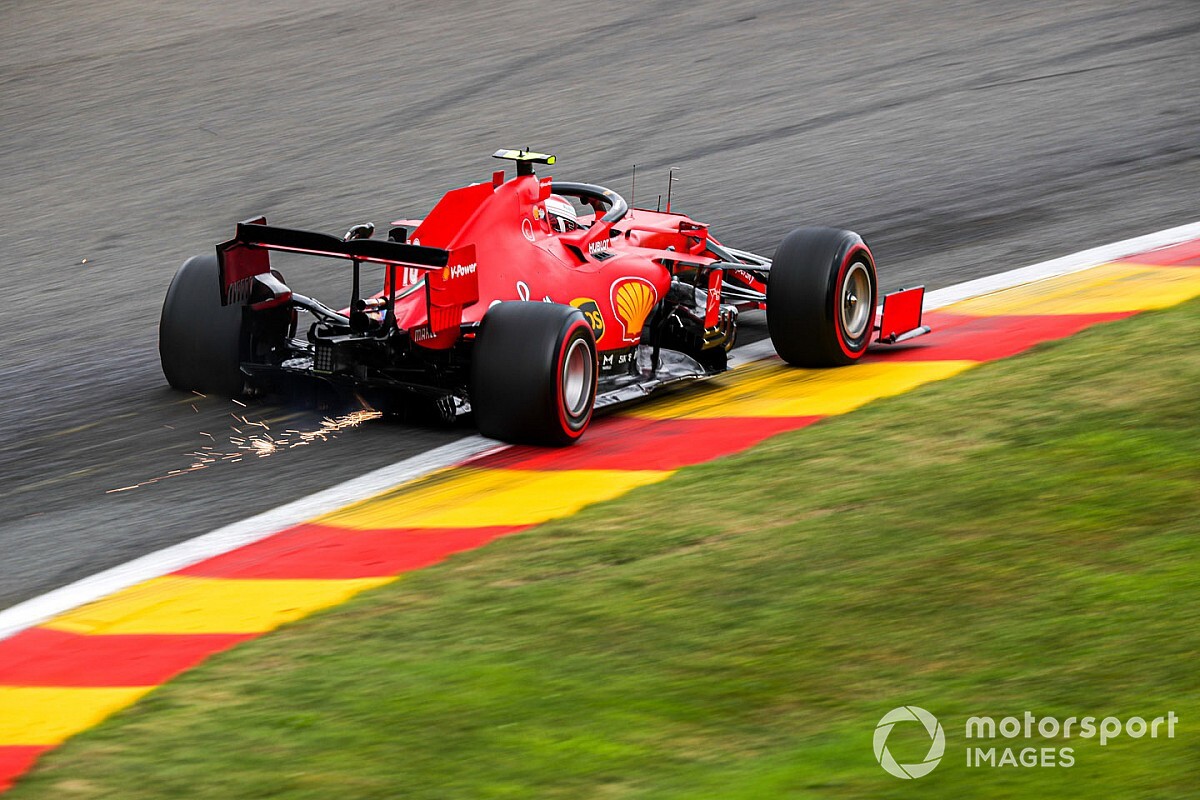 Ferrari Formula 1 boss Mattia Binotto say his team’s Belgian Grand Prix woes are not just down to its lack of straight line speed, as a number of issues are holding it back.

The Italian outfit endured a hugely difficult Friday at Spa-Francorchamps, with Charles Leclerc ending up 15th overall in second practice, two places ahead of Sebastian Vettel.

While the team had been expecting a tough time because the long Spa straights were set to expose its power deficit, Binotto has revealed that the main factor hurting it so far has been the inability to get its tyres in the right operating window.

“We struggle to make the tyres work,” said Binotto. “We are lacking grip, both in braking and acceleration. There is no overall performance to the car. So certainly the drivers are complaining about grip, overall grip.

“I think it that’s not the potential of our car, and that’s certainly not the normal position for our car, if you compare where we are on the grid and the relative competitiveness to the others.”

He added: “I think it’s the same situation on both cars, so it’s not driver related. It’s really the way we set up the car in order to find the right window on the tyres.”

Ferrari experimented with varying the downforce levels on its car during Friday, to better judge if a high drag or low drag solution was more competitive.

Binotto said that the tyre problems left it hard to bring any conclusion as to what was the best way forward – as it risked being slow on the straights and the corners.

“If you don’t find the right windows on the tyres, you are not making them work,” he said. “Certainly if you don’t have grip, you are not fast in sector two, and then you are slow in all three sectors as a consequence.

“So yes, there is a lot to do, and try to address it for the rest of the weekend.”

Ferrari’s form on Friday meant it had dropped back in to the clutches of Williams, and has left it facing the prospect of having a struggle to get through to the final Q3 qualifying session on Saturday.