Aston Martin has revealed that it modified almost every single visible component on its Formula 1 car this year in a bid to help turnaround its campaign.

The Silverstone-based squad had a tricky start to the season with F1’s new floor rules, designed to cut downforce, especially hurting its low-rake concept.

But after spending some time battling near the back of the midfield, Aston Martin made good gains with its challenger as it set about an aggressive development push. Sebastian Vettel has now finished twice on the podium, although lost his second place finish in Hungary for a fuel irregularity.

Performance director Tom McCullough has praised the efforts the team made to get on top of things, and offered insight in to just how much it changed with its car.

“It was and is a more or less never-ending process of iterative development, and, as a result, there is almost no externally visible part of our car that has not been improved in some way between Bahrain and Silverstone,” he said.

“Or, to put it another way, if a part of our car is licked by the wind, we have probably updated it at some point over the past four months.

“It is working. We know that our car is still not the fastest, but it is now closer in performance to the cars of our principal rivals than it was at the beginning of the season, and that is the result of a carefully managed programme of aero improvement that has necessarily involved trial and error but has also delivered real results.”

While Aston Martin has made good gains with its current car, it knows it cannot keep on developing any longer.

With F1’s rules revolution in 2022 approaching fast, McCullough said that the impressive efforts will now have to get shifted to next year’s project.

“It has been a very impressive body of work, and I salute my colleagues for it,” he said.

“However, like almost all the teams, after the summer shutdown we will transfer that effort and resource to the task of making our 2022 car as competitive as possible.” 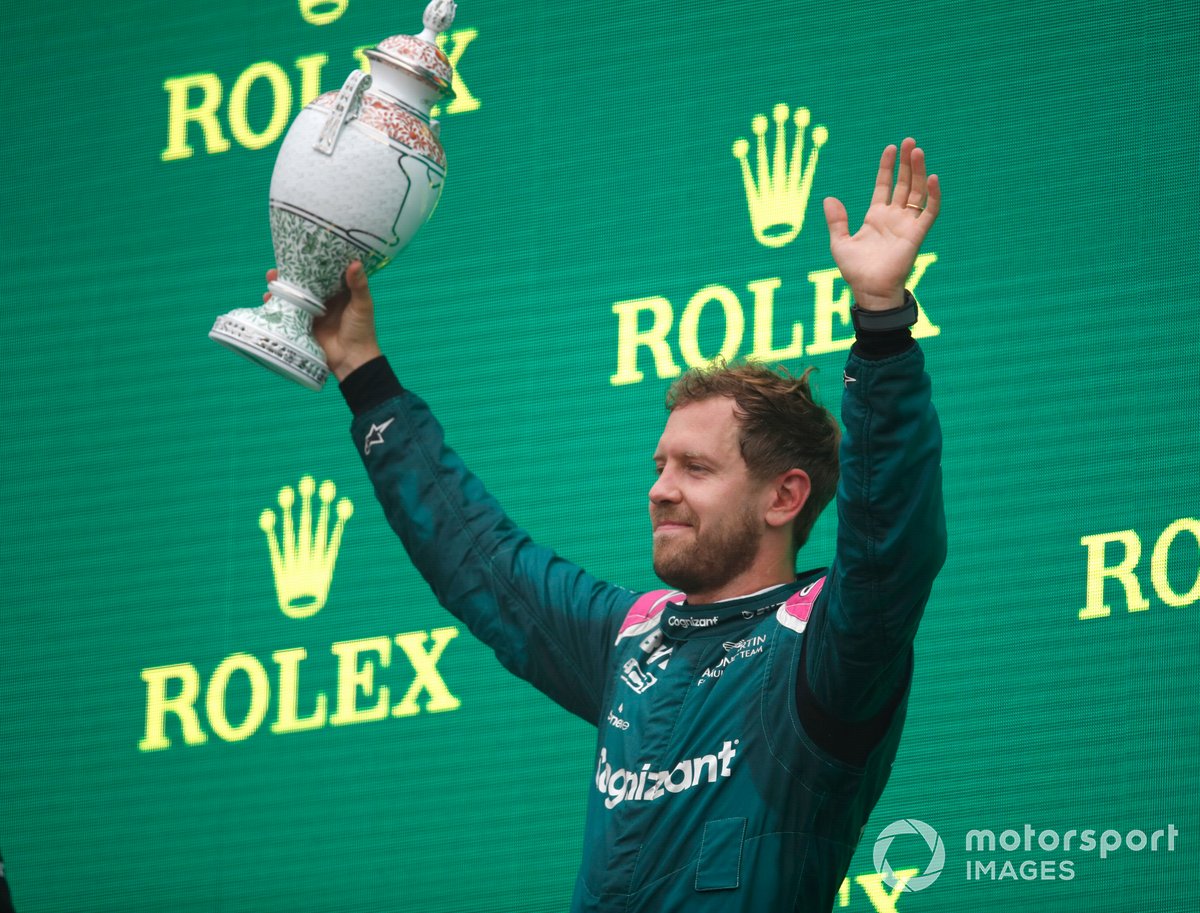 McCullough has also some high praise for the ‘diligent’ way that new driver Sebastian Vettel transformed his campaign after a very tricky start to the year.

“Our 'new boy', Sebastian, was at first disadvantaged by his initial unfamiliarity with the way our car operates and feels, then by the unreliability that he suffered in the pre-season test in Bahrain,” he said.

“But he has worked very diligently since then, in our simulator at the factory and at the circuits, to help us analyse our previous races with a view to preparing for our upcoming races in the best way possible.”

Why Alonso thinks he'd beat his younger self 'with one hand'

Binotto cheering for Verstappen but tips Hamilton for F1 title