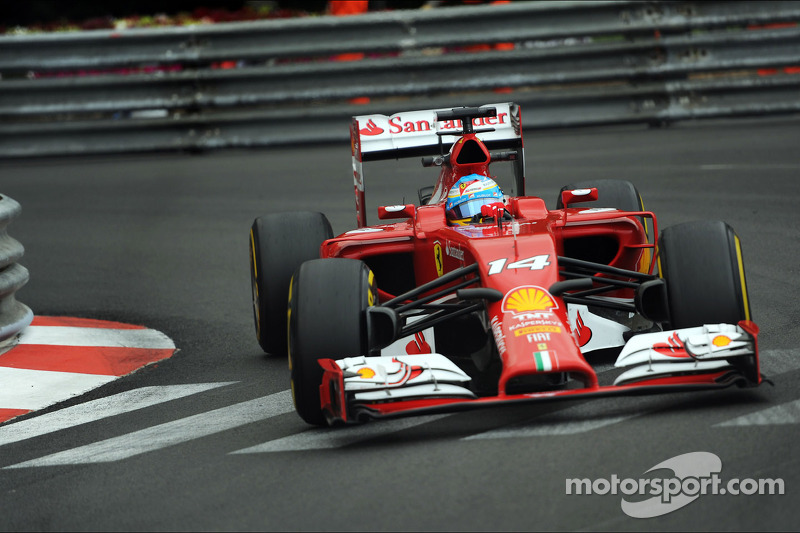 Alonso is not someone who is thinking about leaving.

May 23 (GMM) Fernando Alonso will be "involved in future projects" at Ferrari.

That is the claim of a Ferrari spokesman, amid swirling rumours in the Monaco paddock that the Spaniard's patience with the Maranello team is finally at an end.

Alonso hinted strongly at his unhappiness on Wednesday, when he welcomed the praise of Daimler chairman Dieter Zetsche and said it was "curious" those closer to him do not make similar declarations.

Ferrari president Luca di Montezemolo reacted swiftly, describing the 32-year-old as "the best driver in the world" and denying the existence of a "polemical situation".

Nonetheless, there are those who continue to doubt that Alonso will still be wearing red in 2015.

Some think he could move to Mercedes or return to McLaren, and the latter British team's supremo Ron Dennis on Thursday reportedly said the door to Woking remains open, so long as the team can build a fully competitive car.

"With the 2015 Honda car we hope to have just that," Dennis told the Italian press.

"He is commited to being involved in future projects, rebuilding the team to a winning one. He (Alonso) is not someone who is thinking about leaving," he said.

Many believe that Alonso would be appeased if Ferrari is successful in luring Adrian Newey from Red Bull.

Red Bull has tried to stop those rumours, issuing a statement quoting Newey as committing to the reigning world champions for "the foreseeable future".

And new Ferrari team boss Marco Mattiacci issued a simple "no" on Thursday when asked if he has invited Newey to Maranello.

"We are working a lot with (technical director James) Allison, someone extremely competent who has a future at Ferrari," Mattiacci told Italian television Sky in Monaco.

"Fernando Alonso is a great champion and I am absolutely delighted to have him on our team," said Mattiacci.

"I like people who are fighters and are always pushing for better," he added.

Rosberg signs up for two more years alongside Hamilton at Mercedes