Nico Muller has lashed out at the race director over an ill-timed safety car in the second DTM race at Zolder, saying his actions could potentially “influence” the championship outcome. 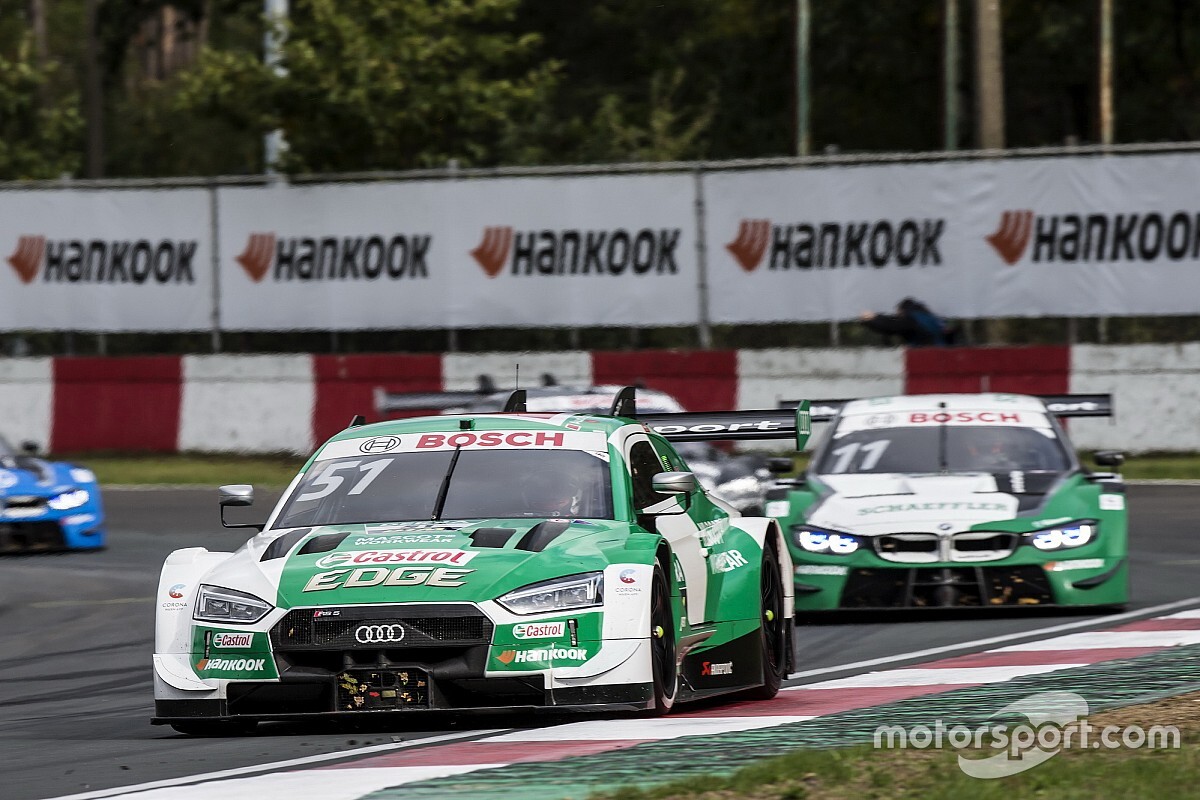 After Robin Frijns crashed at the exit of the pitlane on lap 12, the race director called the safety car to assist the retrieval of the Dutchman’s stranded Audi.

While race leader Rene Rast and second-placed Mike Rockenfeller were able to head into the pitlane before the safety car was deployed, having always planned to stop a lap later to cover Frijns’ pitstop, Muller, who was running fifth behind the Frijns and BMW’s Sheldon van der Linde, missed the cut.

As any tyre change under the safety car doesn’t count towards the mandatory pitstop in the DTM, Muller had to wait until after the field had been bunched up by the SC before diving into the pits, dropping to ninth at the flag.

This was the Swiss driver’s worst finish of the season and allowed race winner Rast to slash his points advantage from 33 to just 10 points with two rounds to go.

Following the race, Muller was critical of the race director's decision to not give all drivers an opportunity to complete their stops before deploying the safety car, having previously done so during Race 1 at the Nurburgring (sprint round) as part of an “non-written agreement”.

“I saw Robin’s car standing there but there was no yellow flag the first time I drove by,” said Muller. "And he was in a safe position, there was nothing to worry about.

“Then when I saw the yellow flag was coming out I informed the team straight away that I was coming in to box to avoid the safety car.

“There is a non-written agreement that normally when there is a risk to avoid safety car and to avoid using slow zones you at least give the whole field a chance to pit and to keep it fair and not to give someone a huge advantage which was done at the Nurburging when Loic [Duval] was standing in the wall at Turn 5, two metres from the race track.

“I had pitted, the race director waited for everyone to drive past pitlane once and to have the chance to do their mandatory stop before the safety car comes. Today that wasn’t done.

“I was in sector two on my in lap, already called my team. And the safety car came out before for me, which is not understandable, not acceptable that you have two exact same situations completely differently managed.

“You influence a championship with such decisions in that phase of the season and that for me is not acceptable. But I cannot change it. I just have to accept that today we were deprived of at least 13 points and we will not get them back.”

Muller said he spoke to the race director about the timing of the safety car, but returned back disappointed with the meeting.

“I was in contact with him, if you want to call it that way,” Muller said. “I didn’t get any smarter after that meeting, if I may say it that way. I said I'm very disappointed by the way the exact same situation is being treated differently.

“He doesn't really share my opinion yet. I was a bit hot after that race as you might understand. So I didn't put too much energy into clearing up the air completely but I just wanted to let him know that this was completely unacceptable.”

Rast feared his race was over after Zolder grid fire