Dakar 2019: Why reliability is everything 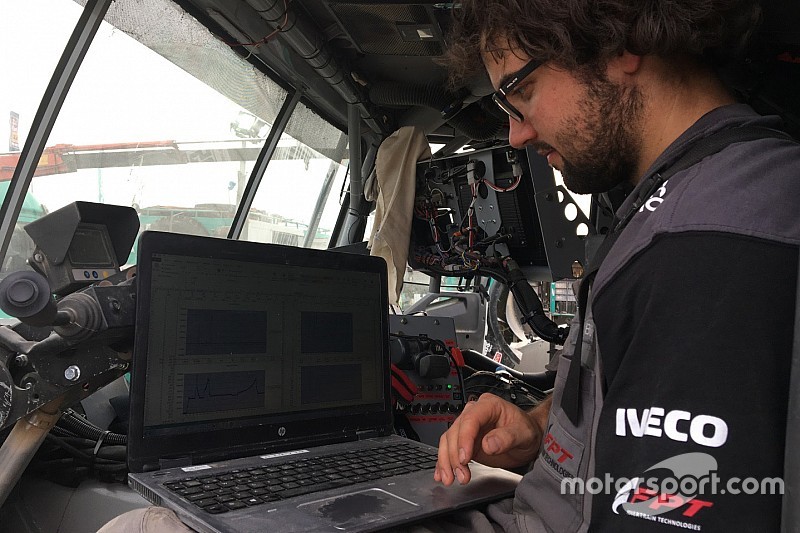 Among the 20,000 spare parts carried by the eight service trucks of the Petronas De Rooy Iveco Team during the Dakar there is no spare engine, as changing engines mid-race is forbidden,

The engine has to be reliable. In this regard, the engine development and preparation before the rally become vital, as well as the daily engine maintenance at the bivouac.

The Dutch team counts on the reliability of the Cursor 13L developed at the FPT headquarters in Arbon. In the past, after two seasons, the engines of the race trucks were sent to Arbon for a complete check-up before being rebuilt.

Based on the experience and the data collected over the last 12 years, FPT has decided to do the complete check-up only every three seasons. This shows how reliable the Cursor 13L engines are.

“As soon as the race trucks arrive, I check if there is a water or an oil leakage and if the main components are well fixed," says Simon Buerger, the FPT mechanic accompanying the De Rooy Team.

“I then check all the data with the computer."

But sometimes there can be an issue or an alarm that requires the support from the FPT technicians in Arbon.

“This was the case on stage thre on Ton van Genugten’s truck. There was a message related to the fuel system that I could solve only with the support of my Swiss colleagues from the office."

The trucks of van den Heuvel and van Genugten also had an issue with the engine that went into emergency mode.

“We finally discovered that somehow the housing of the sensors allowed them to go too deep in the turbo and the heat of the engine destroyed the sensors. We made a modification to the housing so the problem is fixed."