Dan Lloyd withstood everything the British Touring Car Championship’s King of Croft Colin Turkington could throw at him to take victory in the first race.

Both drivers bounced back from their massive accident at Oulton Park to provide a compelling opener on the North Yorkshire circuit, from which Lloyd prevailed to claim his second BTCC race win.

Key to Lloyd’s win was a superb opening lap. From third on the grid, his Excelr8 Motorsport Hyundai i30 N slipped down the inside of Dan Rowbottom’s Team Dynamics Honda Civic Type R for second at the first turn at Clervaux.

Turkington’s West Surrey Racing BMW 330e M Sport had converted pole into the lead, but the rear-wheel-drive cars take longer to warm their tyres, and Lloyd drew to the outside into Tower bend.

He then got a cutback on exit, and Lloyd completed his pass for the lead by holding a slide around the outside into the Jim Clark Esses.

An early safety car, caused by Ollie Jackson’s Ford becoming embedded in the tyre wall at Sunny Out, eliminated Lloyd’s advantage, and he then faced seven laps of Turkington breathing down his neck until a second neutralisation, triggered by Aron Taylor-Smith spinning his Team Hard Cupra into the barriers on the exit of the chicane.

There were three laps of racing to go when the race went green, and Lloyd had to resist Turkington, 13 times a winner at this circuit. 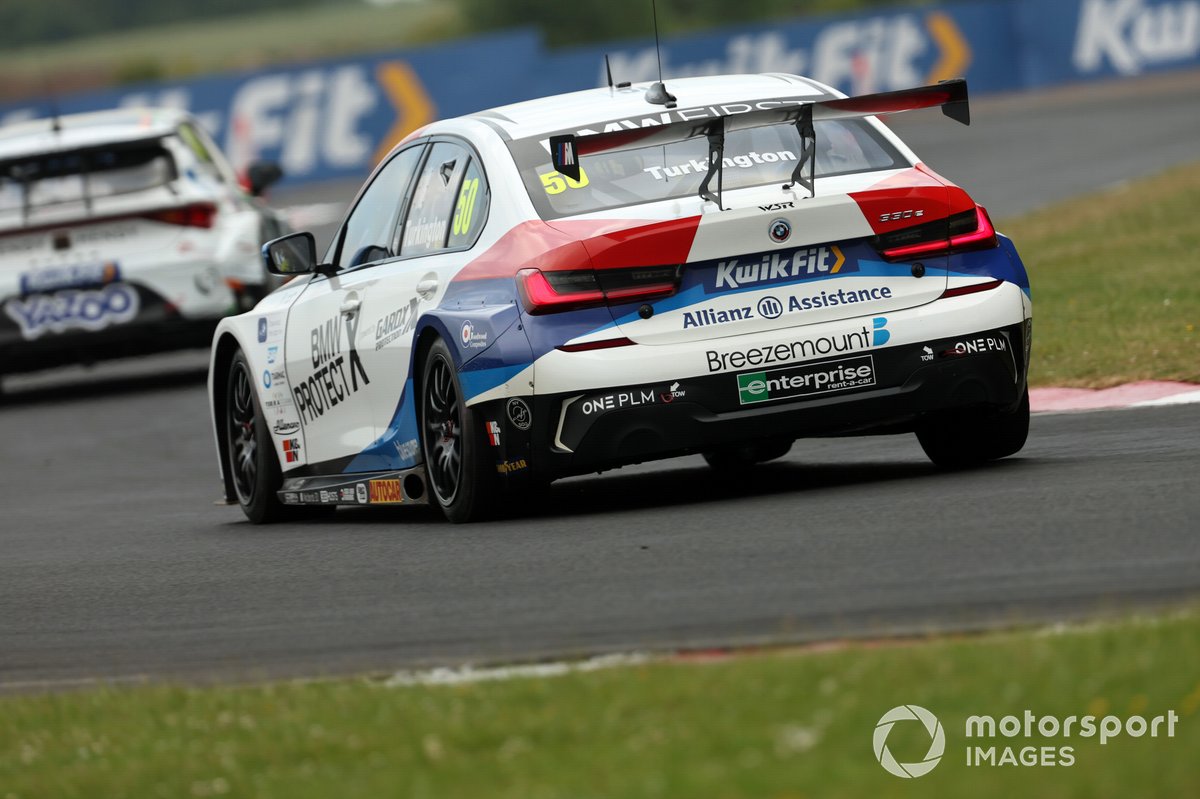 Turkington’s final gambit was to draw to the outside into the complex on the last lap, but somehow Lloyd held on and took the flag 0.377 seconds in front.

“Oh my God, I’m an emotional wreck, I really am,” said a tearful Lloyd. “The last two weeks have been hell, and to come back and do that after the team have rebuilt the car, I’m just lost for words.

“It was really hard work. I said I’d give it my all and that first lap was the representation of it. After that we didn’t have the ultimate pace, especially in the final sector.”

Turkington was not only attacking but defending through the middle portion of the race, with Rowbottom right on his bootlid.

But a messy final restart from Rowbottom sent the Honda through the gravel at Clervaux, and from then to the finish he had to concentrate on fending off the second Excelr8 Hyundai of Tom Ingram, who set fastest lap in the early stages as he latched onto the leading trio.

Jake Hill in his WSR BMW completed the five-car train for the lead during the middle of the race, but a lock-up entering the complex on the penultimate lap dropped him away from Ingram and into the clutches of Ash Sutton’s Motorbase Performance Ford Focus, which he narrowly beat to fifth. 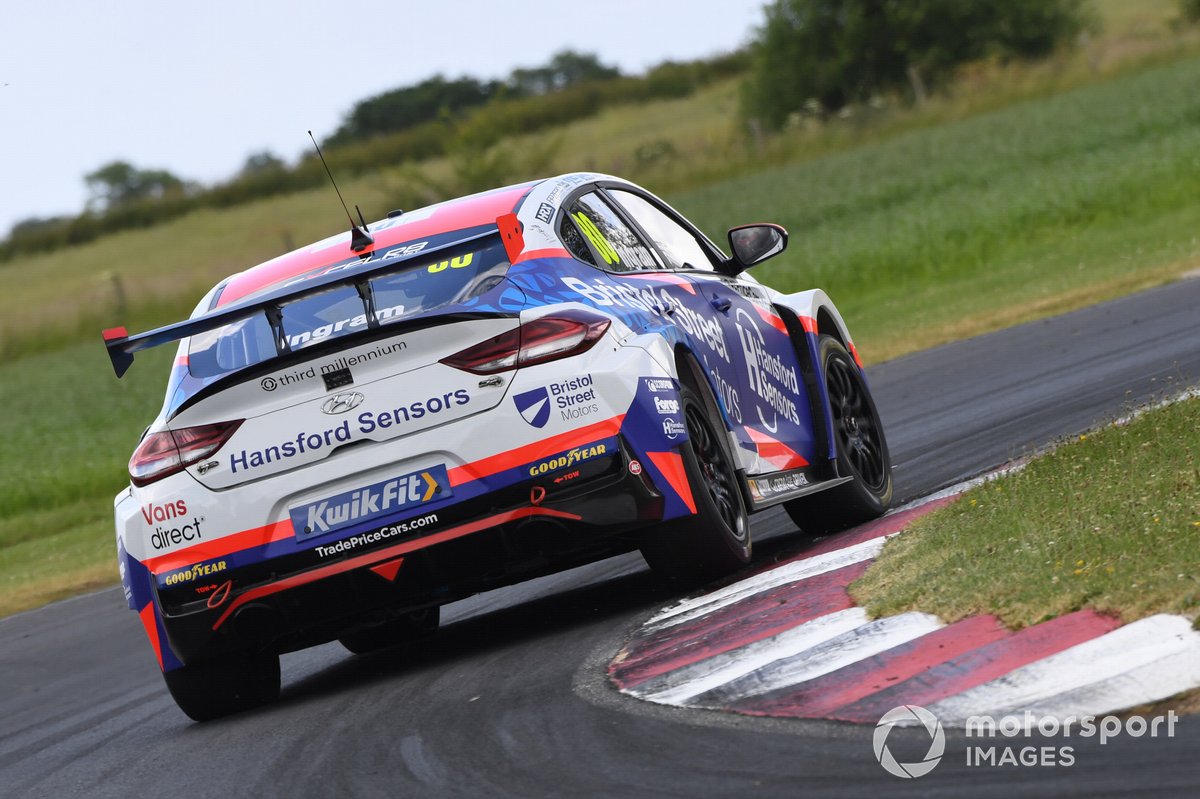 Gordon Shedden went out on the first lap with suspension damage to his Dynamics Honda, while championship leader Josh Cook was a lowly 15th in his BTC Racing Honda.

BTCC Croft: Lloyd doubles up to beat Ingram in Hyundai 1-2

Ash Sutton kept himself in the British Touring Car Championship title fight with victory in the final race of the day at Snetterton.

Colin Turkington took another step towards a record-breaking fifth British Touring Car Championship title by making it two wins out of two at Snetterton.

Four-time British Touring Car champion Colin Turkington claimed victory in the first race of the day at Snetterton to extend his lead in the 2022 series.