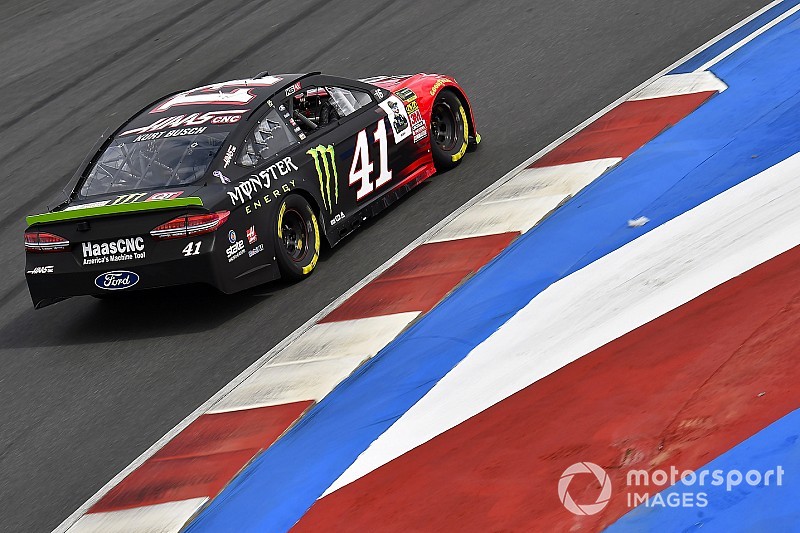 Kush Busch’s patience paid off with the pole for Sunday’s inaugural race on the Charlotte Motor Speedway Roval course.

Busch waited for several minutes Friday as clouds began to cover the Roval in the final 10-minute session of knockout qualifying to make his final attempt.

Sunday’s race will be the first on the speedway’s 2.28-mile, 17-turn Roval course.

“It’s pretty special. Any inaugural event is fun to go to,” Busch said. “You try to learn as much as you can through testing and simulator work and watching others.

“We had plan going in. I’m really proud of (crew chief) Billy Scott and everyone on the No. 41 car coming into a unique situation like this. There is nothing ordinary about this. I’ve just tried to have fun with it.

“We have to go to work on race trim now. We have to make sure we set up our tires right for the long run.”

The pole is Busch’s fourth of the season and 26th of his Monster Energy NASCAR Cup Series career.

“This race is going to be all about minimizing mistakes,” Allmendinger said. “Starting on the front row is a big deal here. Hell, I don’t have a job, might as well steal the win.”

Allmendinger led the way through the eventful first round, with an average lap speed of 106.658 mph.

Hemric was a surprising second-fastest (106.423 mph) and Bowman was third (106.418 mph). Elliott was fourth and Buescher completed the top-five.

Also advancing to the final round were Johnson, Larson, Bowyer, McMurray, Kurt Busch, Jones and Blaney.

Early in the session, Denny Hamlin got loose going through the backstretch chicane and slammed into the oval Turn 3 wall, doing extensive damage to his No. 11 Toyota.

Hamlin’s team was able to make repairs he got back out on the track and register a qualifying lap and ended up 27th. Jones also caught the tire barrier exiting the backstretch chicane and damaged his No. 20 Toyota.

Darrell Wallace Jr. spun early in the session – the fourth time he’s spun out on the track Friday, but as he did in the rest, he was able to continue on.

Among those who failed to advance to the final round were Martin Truex Jr., Kyle Busch, Joey Logano, Kevin Harvick, Aric Almirola, Brad Keselowski and Ryan Newman.

Kyle Busch went out late in the session in an attempt to crack the Top 12 but on his first lap he cut through the frontstretch chicane and his lap was disallowed. He failed to serve a pass-thru penalty on pit road on the ensuing lap, so that one was disallowed as well.

“This is junk,” Busch said over his radio while working his final attempt.

Truex predicts Charlotte Roval "is going to get a lot faster"