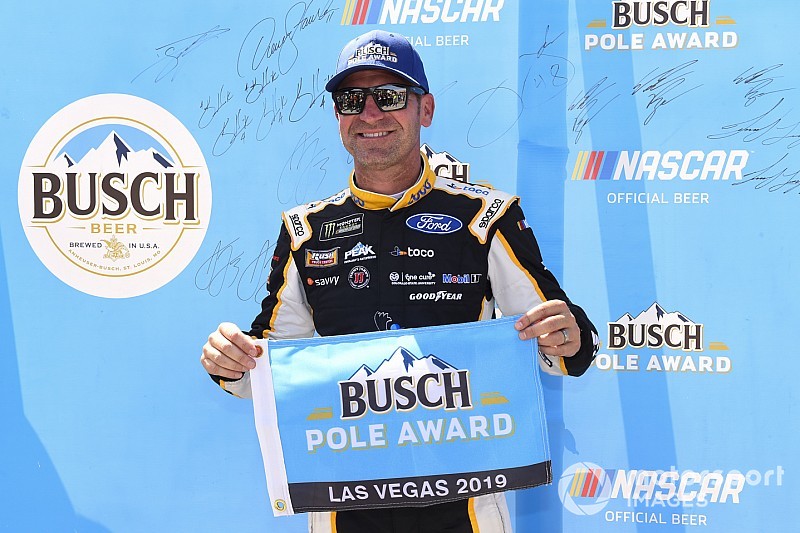 Clint Bowyer, behind an average lap speed of 178.926 mph, topped his three SHR teammates to win the pole for Sunday’s South Point 400, his first pole since the 2007 season.

The pole is just the third of Bowyer’s career, which spans 14 fulltime seasons in the Cup Series.

“I get to sign my name on some sheet that I don’t think I’ve ever signed before and I’m going to go brag for a little bit,” Bowyer said about winning the pole. “I’m going to rub it in to all these guys.

“Something’s wrong with them when I beat them to a pole.”

Asked about the prospects for Sunday’s race, Bowyer said: “Tomorrow’s a whole new day. The thing's got to turn left at the end of the straightaway tomorrow and it has to do it for a long time, unlike just one lap today.

“Just timing is everything and we had some good fortune.”

Daniel Suarez ended up second, Kevin Harvick third and Aric Almirola fourth as SHR locked up the first two rows of the field.

Las Vegas native Kurt Busch qualified fifth and is the first non-Ford in the lineup.

Denny Hamlin was the highest qualifying Toyota driver, and will line up 13th.

Bubba Wallace: "We get paid to race, not fall in line"