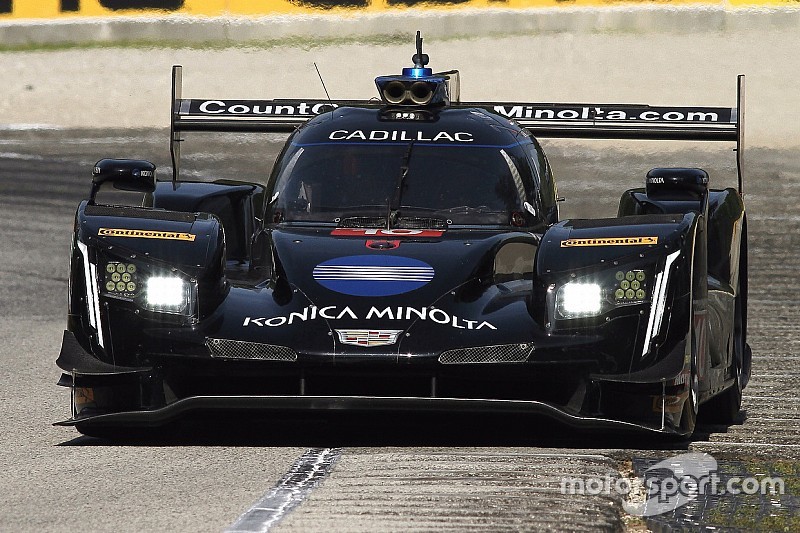 Around the glorious undulating 2.238-mile course on the Monterey peninsula, the Wayne Taylor Racing Cadillac DPi-V.R was a remarkable 0.65sec clear of Dane Cameron’s best effort in the Acura Team Penske ARX-05, with Pipo Derani and Ryan Dalziel third and fourth for ESM Nissan, albeit more than one second off the pace.

Helio Castroneves was fifth in the second Acura, 0.3sec faster than Filipe Albuqerque’s effort in the quicker of the two Action Express Racing Cadillacs.

The Mazda RT24-P of Jonathan Bomarito/Harry Tincknell failed to set a time, getting pushed behind the wall very early in the session, while its sister car, piloted by Oliver Jarvis and Tristan Nunez, was 2.5sec off the ultimate pace.

The two Ford GTs of Richard Westbrook and Joey set the pace in GT Le Mans, 0.23sec apart, and well over half a second further clear of their nearest rival, the Porsche 911 of Earl Bamber.

Jan Magnussen’s Corvette C7.R was a mere half a tenth clear of the second Porsche of Nick Tandy, with Oliver Gavin’s ’Vette sixth ahead of the two BMW M8s.

Bryan Sellers was a mere half a second slower than the BMWs, driving the Paul Miller Racing Lamborghini to the top of the GT Daytona times, ahead of Jeroen Bleekemolen (Riley Mercedes AMG GT) and Andy Lally’s Magnus Racing Audi R8.

IMSA slows down LMP2s for first time at Laguna Seca