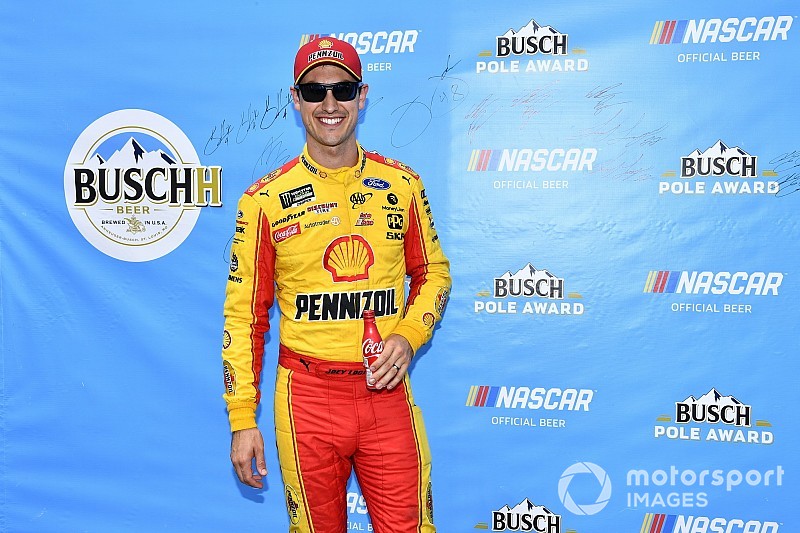 Logano's lap of 187.139mph was fastest of all after the single-car qualifying session, earning the Team Penske driver his 22nd career pole and fourth at Michigan.

"Such a huge advantage to be on the front row here at Michigan and how important it is to have a pole here in Ford's backyard and Roger's backyard to have a good run here," Logano told FS1.

"Glad we can deliver so far at least in qualifying. Hopefully in the race this Shell Pennzoil Ford has as much speed and handling to be able to stay up there."

Ford locked out the front row with Stewart-Haas Racing's Aric Almirola timing in second at 187.047mph.

"I feel good about it," said Almirola. "Obviously we have a lot of speed. These Ford Mustangs are really fast.

Prior to qualifying, Truex's No. 19 Toyota twice failed inspection. As a result, the team's lead engineer was ejected for the remainder of the weekend.

Does anyone know what the Cup race at Michigan will look like?