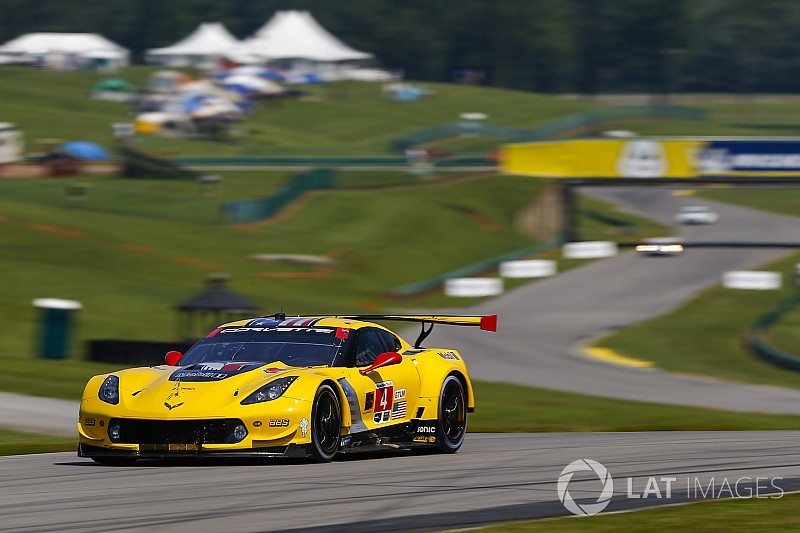 Milner set the quickest time of 1m41.205s early in the session, while Connor de Phillippi left it late to jump to second in the #25 BMW M8 on 1m41.448s – a quarter of a second slower. The BMWs had regularly been the slowest of the GTLM field until now.

“I think we’re in a good position, making a step every session, and we’ve made the car a lot more driveable,” said de Phillippi. “We focused on balance today, and so far so good.”

Pacesetter Milner was three tenths clear of the third-placed Earl Bamber in Porsche #912 and four tenths ahead of Patrick Pilet in the #911 sister car.

Fifth placed Ryan Briscoe was the fastest of the Fords on 1m41.705s. The sister car didn’t fare well, causing a red flag with 15 minutes to go when Dirk Muller went off towards the end of the lap, inflicting superficial rear-end damage against the tyrewall. The car was only seventh fastest with Joey Hand at the wheel, and behind Antonio Garcia in the second Corvette.

One cloud literally on the horizon is a rain storm that is expected to hit around the time of qualifying this afternoon.