Supercars has offered the first proper look at its Gen3-spec Ford Mustang and Chevrolet Camaro prototypes.

The video shows the two chassis fitted with basic panels, some suspension componentry and their respective V8 engines.

There is also a glimpse of the Camaro fitted with the new control rear wheel rim. 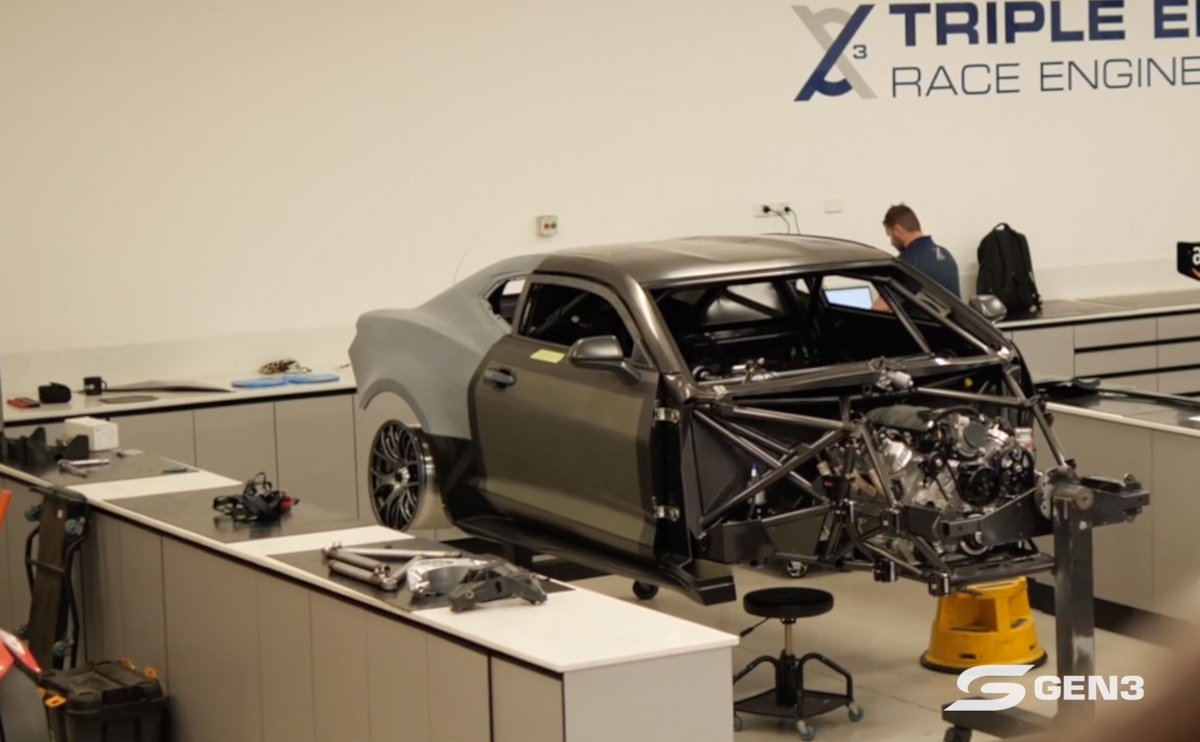 As promised the panels look closely matched to each car's road-going counterpart, although – predictably – neither are fitted with aero parts in the video.

The two cars are currently being built by their respective homologation teams, Dick Johnson Racing (Ford) and Triple Eight Race Engineering (Holden), in cooperation with Supercars.

They will form the basis of upcoming homologation and reliability testing ahead of Gen3's full racing debut to kick off the 2023 Supercars season. 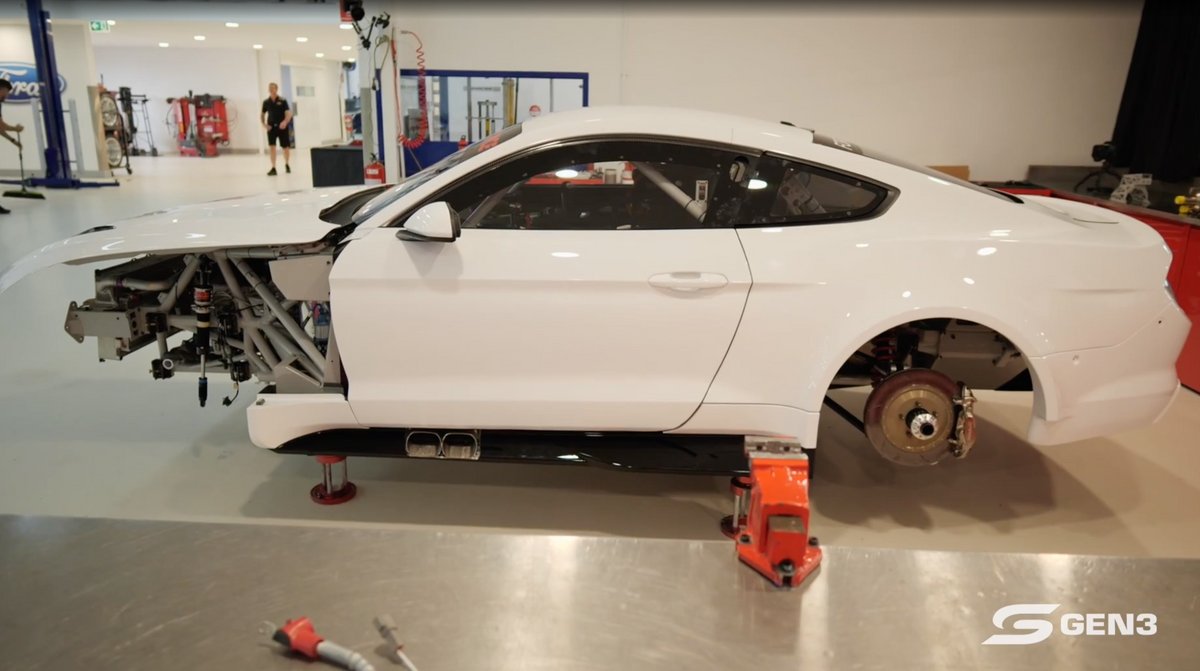 It was originally planned that prototype testing would have already started and that the cars would be racing by mid-way through next season.

However both testing plans and the controversial mid-season debut were harpooned by delays to the development, largely blamed on supply issues due to the pandemic.

The prototypes are currently expected to make their public debut during the Bathurst 1000 early next month.

Supercars is looking to drop both build and running costs with its new-generation cars, as well as improve door-to-door racing and increase road relevance to help entice new manufacturers.

Development of bigger, less-stressed V8 motors is well underway, while a move to an electronic Automatic Gear Shift system has been sealed, but unpopular plans to add paddle shift appear to be losing momentum.

As part of the category's sale to the new RACE consortium each team is expected to receive a one-off grant of AUD$450,000 per car to help pay for the move to Gen3.

Why van Gisbergen and De Pasquale escaped penalty in Sydney