Giuliano Alesi says Japan offered him the best opportunity to pursue a career in professional motorsport after a two-year stint in Formula 2 where he “didn’t even have a chance” to win.

Following a maiden test run in a Formula 1 car in January, it was announced that Alesi would leave the Ferrari Driver Academy with immediate effect, having lost faith in the junior racing ladder in Europe.

The Frenchman won four races during his time in GP3 between 2016-18 but struggled to replicate that success on his step up to F2, managing a best race finish of sixth during his two seasons in the grand prix feeder series.

The 21-year-old is now set for double duty in Japan in 2021, combining his full season commitments in Super Formula Lights (previously All-Japan Formula 3) with another programme in SUPER GT’s GT300 class.

He follows in the footsteps of a number of European-based drivers who’ve raced in the Far East in recent years, joining the likes of Nick Cassidy, Sacha Fenestraz, Alex Palou and Tatiana Calderon.

Explaining the reasons behind his switch to Japan’s domestic motor racing scene, Alesi, son of grand prix winner Jean and Japanese singer Kumiko Goto, told Motorsport.com: “I was in Formula 2 with the objective of getting to F1, but in F2 if you are not driving for one of the top three teams, you can’t win. You don’t even have a chance.

“To be in one of these teams you either have to have an unlimited budget or have a very influential manager. For me it was impossible to get in.

“We tried last year with HWA, after visiting the factory and seeing their infrastructure, hoping we could do well. But we didn’t, mainly because during COVID they sent everyone home with no work to do and for two months nobody did anything and the cars just stayed in the containers. We all know how that went, knowing how many problems I had every weekend.

“I think the best choice was coming here to Japan because I want to make my passion my profession, and I think I have a better chance to do it here than anywhere else.”

Alesi will race in Super Formula Lights with the Toyota-affiliated TOM’S team, which has won titles in two of the last three years with Sho Tsuboi (2018) and Ritomo Miyata (2020).

He is also set to participate in at least the opening part of the SUPER GT season with Toyota Team Thailand alongside Sean Walkinshaw in the absence of Thai racer Nattapong Hortongkum, who can't travel to Japan due to COVID-related restrictions.

Alesi said he is targeting the title in his maiden campaign in Super Formula Lights, something his compatriot Fenestraz managed to achieve in 2019 to earn himself a graduation to Super Formula for the following year.

“I am with the best team, so my aim is to win the championship,” he said of his ambitions in Super Formula Lights. “To do that I have to learn the language, how Japanese teams work compared with what I am used to in Europe. There is a lot of work to do to make that happen, but the championship is the objective.”

Alesi admitted he considered a direct move to Japan’s two biggest categories, Super Formula and SUPER GT’s GT500 class, but felt he needed to first establish himself properly in the junior championships in the country.

“The objective is to be a professional from now on, and you can’t do that starting in Super Formula and GT500,” he said. “You have to start from the categories one step below, which is what I’m doing. This year will be decisive for next year, so I have a lot to work to do.” 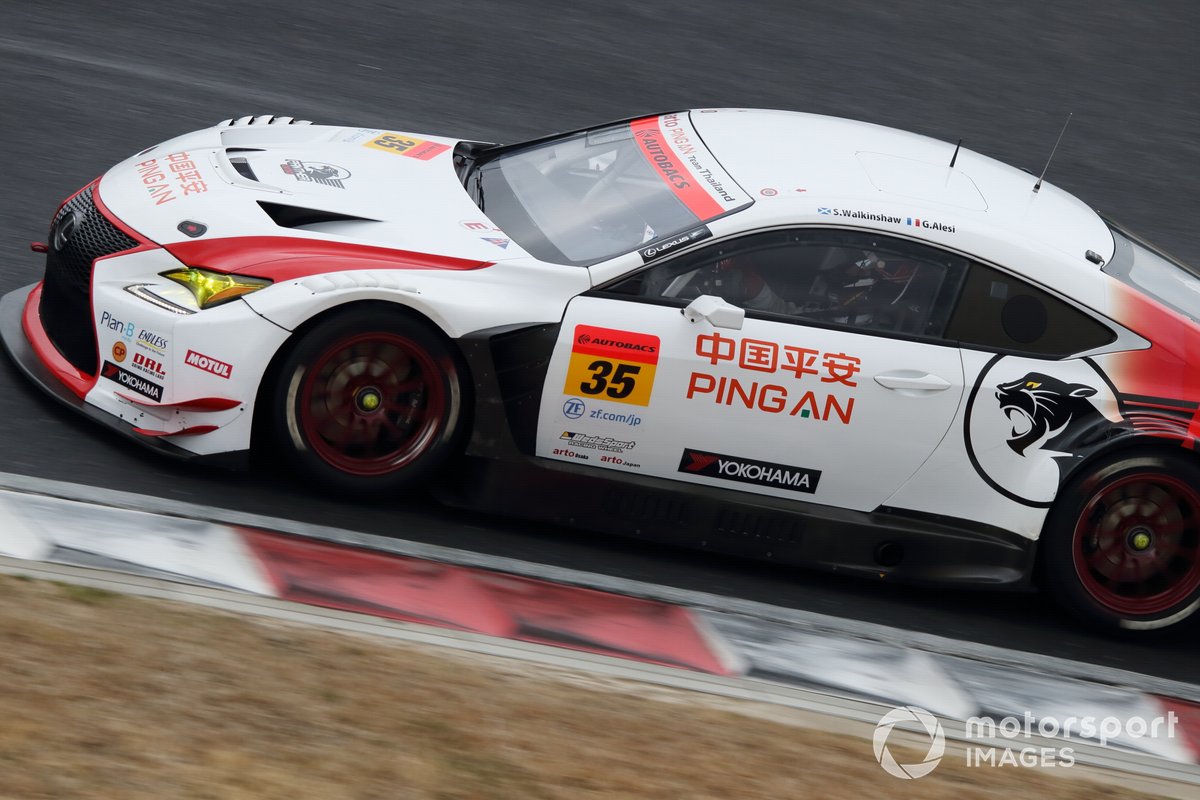